The #DrawFire was detected this evening  in the Lincoln National Forest on the Guadalupe Ranger District around 2007 Hours MDT.  The approximate location is 4 miles SW of Queen, New Mexico.

The fire has consumed less than 1/10 of an acre and determined to have ignited from an escaped campfire.  Though the cause is known, it is still under investigation.

Grass and brush are fueling this fire.

Fire crews arrived within 30 minutes after the fire was reported, they implemented full suppression tactics and were able to contain the fire quickly, limiting its size to less than one-tenth of an acre.

The fire behavior seems to be smoldering.  The chance of it spreading is low. 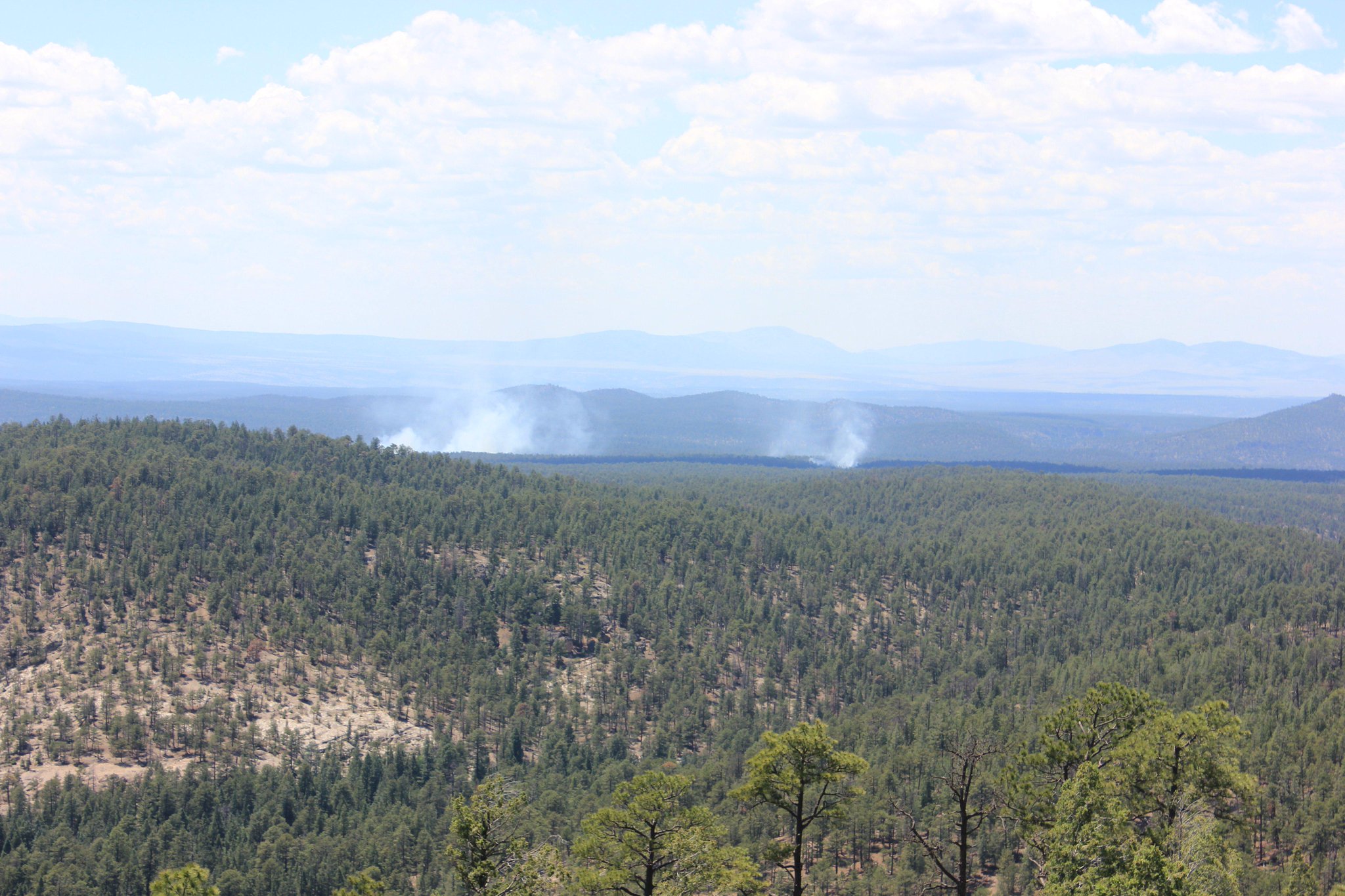 Photo Courtesy: Gila National Forest of the Draw Fire in 2015

The following resources are on-scene:  (1) FS Incident Commander, (1) FS Engine, Queen VFD firefighting resources.  (11) personnel assigned to this incident but some are due to be released later this evening.

The Hashtags that are being used on this fire are:  #DrawFire #NWWildfires2016