Updates | None yet this morning.  We are waiting to hear if crews have reached the location where the remote fire is burning.  We will update once new information has been received.

Incident Summary | The Shovel Fire  is a 25-acre wildfire is burning on Mount Lemmon, which is located in the Coronado National Forest, North of Tucson, Arizona is burning on Forest Land that started on Saturday, April 8th.

Resources | There are 4 crews hiking in at the moment.  3 Engines and Miscellaneous overhead personnel are also en route to the fire location [Saturday].  On Sunday, 5 helicopters will be arriving along with an Air Attack platform that will all be working together.

Weather | Saturday current weather forecast.  Mostly clear, with a low around 38. West southwest wind 15 to 17 mph, with gusts as high as 26 mph.

Sunday [during day] forecast is  predicted to be sunny, with a high near 53. Breezy, with a west southwest wind 14 to 21 mph, with gusts as high as 31 mph.

Reminders | Fire Managers wish to remind the Public that drones in Fire zones force them to have to land all their firefighting air resources when these are in flight, causing danger to Pilots in the sky and firefighters down below. #NoDronesInFireZones 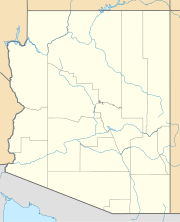 Mount Lemmon is located North of Tucson, Arizona that has an elevation of 9,159 feet and is the highest point in the Santa Catalina Mountains in the Coronado National Forest.