Fire crews were dispatched from the Coconino and Kaibab National Forests in response to a lightning caused wildfire dubbed the Boundary Fire, located on the NE side of Kendrick Peak in the Kendrick Mountain Wilderness.

The incident is being under Unified Command with the CNF and the KNF as the fire is currently burning on the Flagstaff Ranger District of the CNF but is due to cross over onto the Kaibab NF side of the boundary line within the next few days.

The Boundary Fire  has destroyed about 300 acres of heavy dead and down trees and forest debris left from the Pumpkin Fire of 2000. 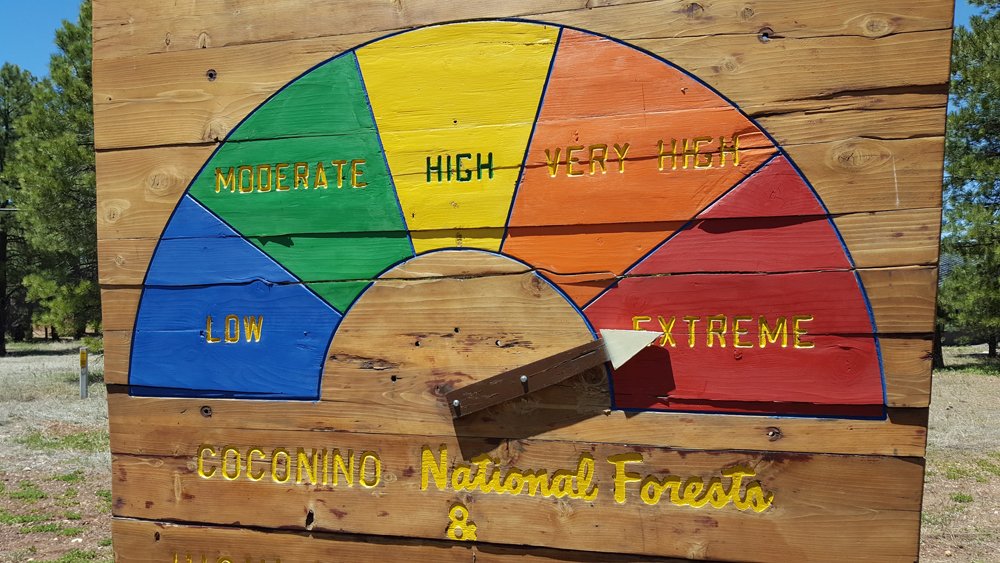 Snags, steep slopes and overall hazardous terrain have led fire officials to identify a system of roads at the base of the mountain to serve as boundaries from which to halt the wildfire’s progression.

Fire Managers plan to implement indirect fire suppression strategy on the fire due to some significant and dangerous concerns with putting firefighters in certain locations on the mountain.

We would love to have you become one of our Followers.  Just click the button Follow Us by email.