There are four wildfires burning near Cheney and the Badger and Williams Lakes in the Spokane County area of Eastern portion of the State of Washington.

Fire 4.  Forward progression has been stopped.

Resources are all on-scene at each fire. Around 1915 hours, DNR states that all four fires were at a combined 40 acres with flames spreading quickly into forested areas.

The WA Fire Marshal’s Office approved on Sunday, August 16, 2020 at 1950 hours PT to deploy a State Mobilization of mutual aid consisting of additional resources and equipment.

Structure protection was implemented immediately to shield structures in the Badger Lake Community.

Evacuations are in effect for the following impacted areas:

Fire Weather from NWS Spokane states Light showers continue to move into the region with the chance for isolated lightning. Winds are breezy, but expected to pick up later tonight. Also – smoke from fires south of Cheney is showing up on the radar. (2015 PT) 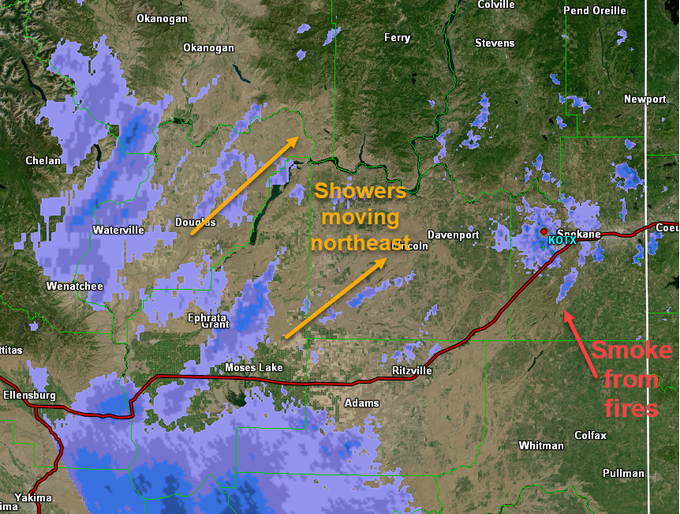