Firefighters from the CAL FIRE / Riverside County Fire Department were dispatched at 1555 hours PT to a fast-moving brush fire in the area of 56th and Felspar on Saturday, January 9, 2021, just after 1600 hours PT.

The location is down to have a large homeless camp in the area.

Those whom arrived on-scene, reported a 100 x 100 spot fire in heavy fire fuels with a potential spread of 3-5 acres with the winds coming from the north. Two more engines were added to the fire response.

The incident is also being referred as either the FELSPAR FIRE or the VAN BUREN FIRE.

At 1611 hours, the fire command was assumed by B-14A and reports fire has burned about .5 acres of mixed with light flashy fuels and winds are now pushing 10-15 miles-per-hour in about 20 minutes if they are unable to stop the forward progression (spread of fire).

Less than 25 minutes later, the fire has now burned up to 2 acres and is now wind-driven and being carried into heavy fire fuels and a homeless camp.

The forward spread of the fire has been stopped by firefighters.

We have reached out to the CAL FIRE RRU PIO for an update on this afternoon’s fire incident.

Incident Summary | Fire officials were notified on Thursday, May 18, 2017, around 1712 hours PDT, located in the 6100 block of Moraga Avenue which is at the intersection of Avenue Juan Diaz and Riverside Drive in Jurupa Valley (Riverside County), California.

The first due engine reported a two-acre fire in light, flashy fuels and winds to the East.  A request for Union Pacific to halt all train traffic was approved and implemented.

Incident Cooperators | The following resources are currently assigned to this incident from CAL FIRE – Riverside and San Bernardino units, March ARB, a helicopter from the Orange County Fire Authority, Riverside County and City FD.  Additionally, the Union Pacific RR is also assisting with their resources.

Current Fire Conditions | The fire is burning near the Santa Ana River bottom.  Fire crews are making good progress, allowing all aircraft to be released (@ 2011 hours PST).  There is a 10% containment status and holding at 40 acres.

Riverside County, CA | A vegetation fire was reported this evening around 1812 hours PDT near Highways 71 and 91 near the Prado Basin and Corona California.  The fire dubbed #HighwayIncident has reached 30 acres and is rapidly growing.

Eighty [87] firefighters from CAL Fire/Riverside, CAL Fire/San Bernandino, City of Corona FD, Chino Valley Independent Fire District are on the fire ground working to supress the flames that can be seen for miles. 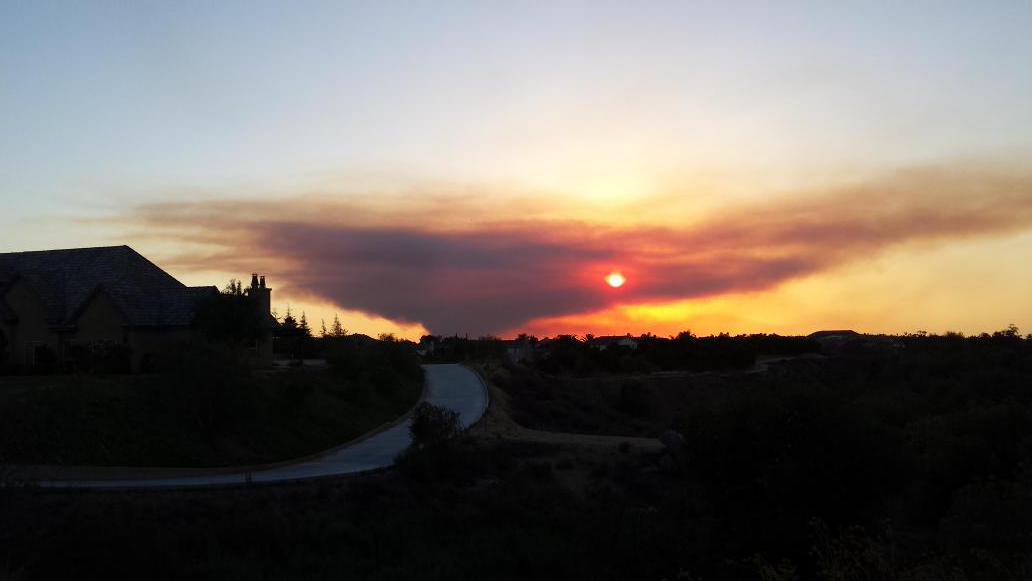