PARADISE VALLEY, Nev. – A second significant wildfire ignited  on Thursday, July 5, 2018, just after midnight,  is burning four miles northeast of Paradise Valley and Winnemucca in the 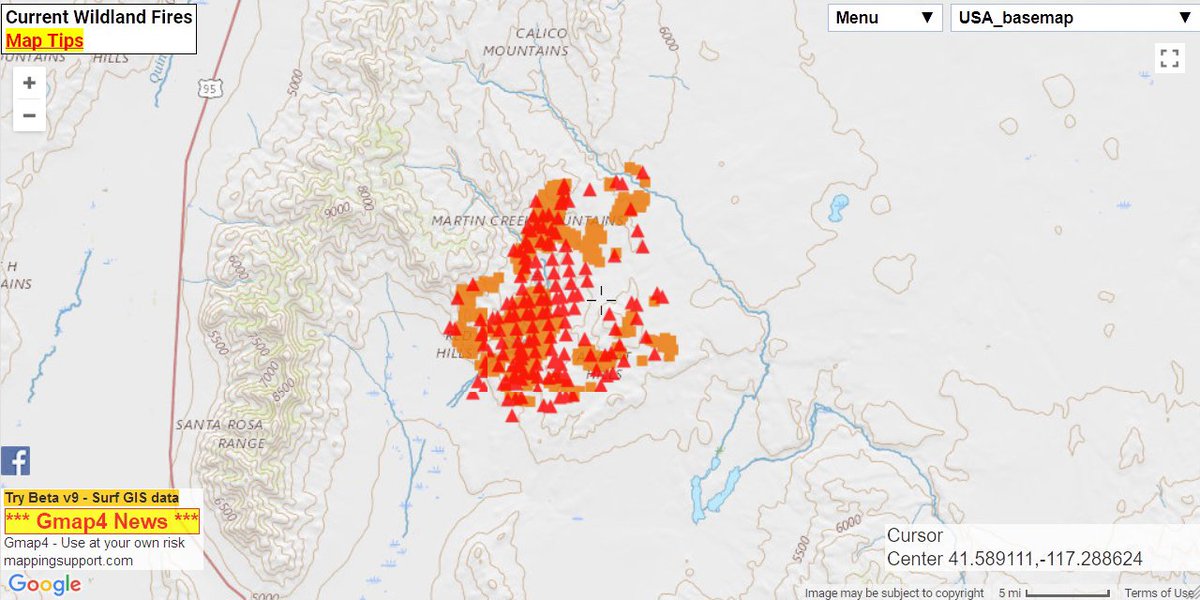 Fire behavior is extreme with running, spotting and backing.

The fire has consumed 22,000 acres of brush and short grass.  Fire crews have reached a 4% containment status.

Combining the Fire RGB product we have with #GOES16 and our own radar and we can see a noticeable radar signature of the smoke coming off the #MartinFire #NVwx pic.twitter.com/iguVvtCFuY

The fire is being managed by an IMT 2 (Rohrer).

There are 113 personnel on the fire line along with one crew, seven engines and four helicopters.

Social Media is ablaze and here is a recap of what is being said about this fire from those as eyewitnesses, media reports, fire resources and the Gen Pub.