Though wildfires are starting to be put out and burn bans lifted, we thought we’d post some job opportunities for those seeking positions in the Fire and EMS professions.

Here is our compiled list from various sources.  We wish you luck!

CITY OF GRANTS PASS (OR)

CITY OF MEDFORD (OR)

CITY OF SALEM (OR)

US FISH & WILDLIFE SERVICE (OR, WA)

POST SUMMARY |  Some parts of Washington State and Oregon are getting a fresh look at how Mother Nature is now helping, instead of hindering fire suppression efforts. This, we are pretty sure is what firefighters and those that have been impacted by wildfires have been looking for all summer long.

Welcome FALL, we thought you’d never come along but now – here you are.

Okanogan – Wenatchee NF.  27 miles N of Winthrop, WA. Started 7/23/2017. Cause is unknown & under investigation. Fire still burning in the United States and in Canada where it crossed over. 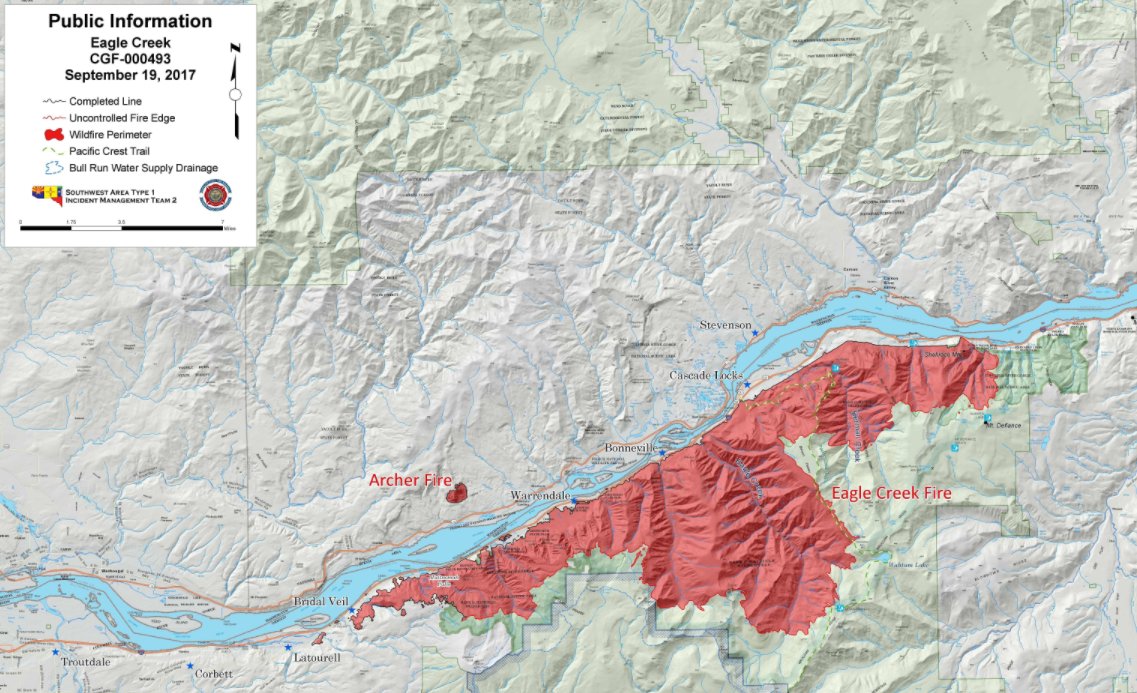 Willamette NF.  7 miles S of Belknap, OR.  IMT is also managing Rebel Fire.  Started 8/21/2017. Cause unknown and is being investigated.  Timber, litter and light logging slash.

Deschutes NF.  9 miles W of Sisters, OR and burning in the Three Sisters Wilderness. Started 8/11/2017.  Cause unknown & under investigation.

South of the Tacoma Watershed, Washington. Started 9/4/2017 around 1930 hours. Cause is unknown and under investigation.

FIRE IMAGES.  All Fire Images are provided by the Courtesy of Inciweb which are taken by various unknown fire personnel and uploaded into this multi-agency SitRep format. We have given those Photo Credit to the best of our ability and do not lay any claims to these images. All content (excluding images) is copyrighted.

POST SUMMARY |  Western  Washington State wildfires are due to get some much-needed relief from a future heavy rainfall due to hit multiple areas in the upcoming week.  This should aid fire crews in providing some mutual aid in getting these fires contained quickly.  Eastern Washington and Oregon are due to expect some cooling temps.

We are currently reporting on 25+ wildfires and we have merged several sources into one single post.  Here is the recap for Saturday, 9/16/2017.  NOTE:  Fire map is reporting wildfires in size of 300 acres or more.  Credit:  NIFC

Moderate fire behavior with group torching, backing and creeping.  Fire has been active on North side of SR 410. Crews will continue to improve line and mop-up.  3,739 acres. 0% contained. 0 resources.

If there were Evacuations where you are during a wildfire? Would you know what the Evacuation Levels mean? Here is a great way to prepare you and your family.

Burnout operations on the Desolation Fire on 9/3/2017.

Building a handline through rocky terrain.

No structures are not currently under threat.  (Sources: NIFC, NWCC and Inciweb)

North Pelican Fire. 3,589 acres. 25% contained. Crews working to the build containment lines on the North side, pushing the fire back into the wilderness.

Broken Lookout Fire.  70-member US Army Strike team continued work on helping aid fire crews and giving them much-needed rest. Strike team has been deployed due to extreme fire conditions and when resources are scarce.

Pup Fire. Fire crews are continuing to scout for potential containment lines. Hazard trees will be removed.  Working to secure the eastern edge of the fire.

Avenue Fire.  2,962 acres. Being contained on the North by burnouts along forest roads and bulldozer lines. Fire continues to move West on the ridge top South of Horse Creek and down to King Creek. Wind direction changed producing an increase in unhealthy smoke levels around McKenzie Bridge. Smoke grounded air resources on the North side on Friday. East edge of fire is slowly moving towards the Roney Fire.

Separation Fire.  17,747 acres.  Firefighters finished protection efforts near the Melakwa Boy Scout Camp and starting mop-up operations. Resource advisors visited the Camp to assess what their environmental needs are. They are also working to protect resources at Scott Lake Campground and Frog Camp.

Nash Fire.  6,738 acres.  Fire crews hiked in 7 miles in to the fire using bladder bags (backpacks water pumps) to manage movement of the wildfire.  It is currently smoldering and creeping through ground cover on the South perimeter.  Little movement has been observed on the SE edge as it continues towards the Cascade Lakes Hwy.

Fire seen of the Indigo Fire. Foreground are snags from the Biscuit Fire.

Fire behavior has been knocked down from active fire to moderate fire with group torching, spotting and backing.  Transfer of command from IMT Type 1 will go back to the local unit on 9/18/2017.   Containment date is expected on 10/15/2017.

Abney Fire. Fire crossed the West Fork of Dutch Creek and traveled up/over the handline placed upon the ridge above the creek.  In the Joe Bar area, fire has now backed down to the creek.  It is expected that it will go through many locations.  Joe Bar is under an evacuation order.

Burnt Peak Fire.  Suppression repair is the next  fire tactic to be used. The fire is almost near completion.

Creedence Fire.  Near completion and along the same lines as the Burnt Peak Fire.

Bigelow Fire.  Near completion and with the same future tactics as the Burnt Peak and Creedence Fires.

Burnout operations on the Milli Fire.

These are the men/women faces behind those who work at the Incident Command Post. (DNR + WA National Guard)

Point-of-Interest:  The 1,098 acres is the size of 57 Seattle Seahawks training complexes and 1,450 football fields…. Good to Know!

Great energy at the ICP

Devils Fire.  Hoselay and pump established along a 5-active portion of the fire to spray water.

Point-of-Interest:  255 JBLM soldiers from the 23rd Brigade Engineer Battalion and 1-23 Infantry Battalion have been deployed to assist with this Complex. (Source: NIFC)

Firefighters securing the edge of the Scorpion Fire on the Whitewater Fire.

FIRE IMAGES.  All Fire Images are provided by the Courtesy of Inciweb which are taken by various unknown fire personnel and uploaded into this multi-agency SitRep format. We have given those Photo Credit to the best of our ability and do not lay any claims to these images. All content (excluding images) is copyrighted.

POST SUMMARY | Many happenings are occurring in the NW and it is time to regroup.  With that being said, we are once again providing one single SitRep for ALL Wildfires here in the NW along with a Fire Map.

Here is our recap for wildfires burning in both Washington and Oregon on Sunday, August 27, 2017. 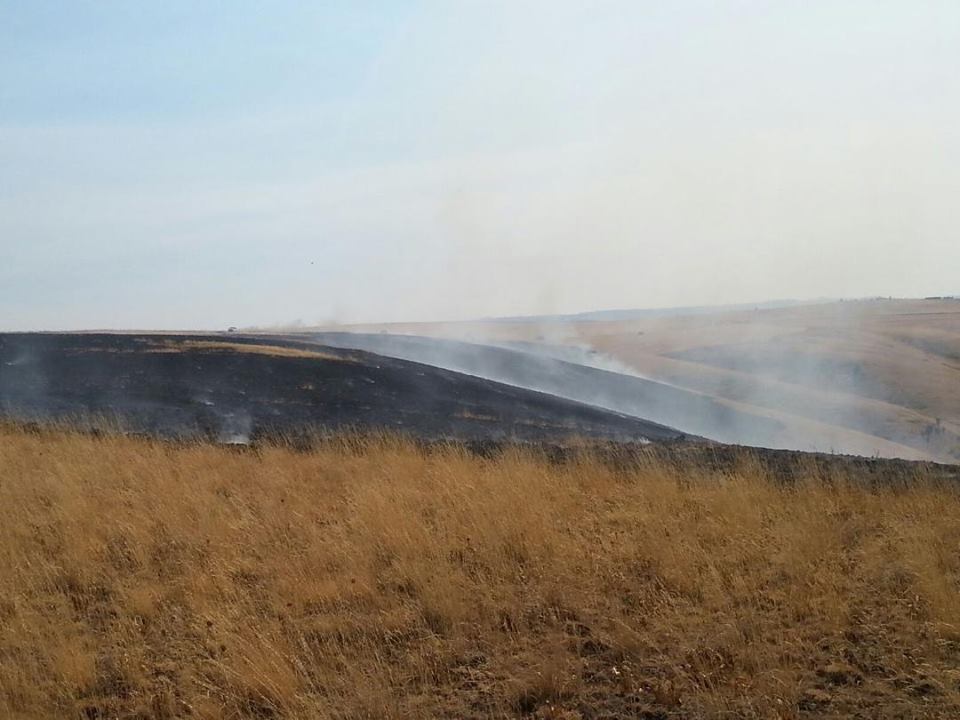 Cooperators are DFPA, Coos Forest Protective Association, OR DOF and Tenmile Rural FD.  Additional resources are assigned and working as Mutual Aid are some classified as industrial landowners, logging company and contract firefighters. burning on private and industrial forest lands, as well as BLM lands. No homes are threatened.  A OR DOF IMT has been placed on order. 450 acres. 0% containment. 173 personnel.

caused. Continuing to burn primarily in a remote area of Pelican Butte. Rocky terrain and remote location prevents firefighters access to fire suppression of this fire.  It will be addressed when it moves closer to USFS lands.  On 8/17, aerial operations were aircraft making water drops. On 8/21, fire closures were in effect. 1,525 acres. 18% contained. 170 personnel.  Fire behavior is minimal, smoldering, backing and with isolated torching. #NorthPelicanFire

Indian Creek Fire.  20 miles WSW of Hood River in the Hatfield Wilderness on the

Canadair CL-415 “Super Scooper” is assisting with fire suppression efforts from the air.

Hood River Ranger District. Started 7/4/2017 near 7 1/2 Mile Camp by Eagle Creek Trail #440.  330 acres. Fire behavior is currently moderate with smoldering, creeping and backing.  Firefighters made contact with one hiker which had a drone with the intention to fire it.  Remember, it is unsafe for firefighters and aircraft when you fly your drone – and, plus it is illegal and can net you a ticket and jail time! Aircraft includes 2 type 2 helicopters from the OR DOF.  They are drawing water from the Wahtum Lake.  #IndianCreekFire

6 homes, 20 minor structures destroyed. 1 home and 8 minor structures damaged.  Moderate fire behavior currently with backing, flanking and isolate torching but fire conditions/weather are hot, dry and windy with a high potential for extreme fire behavior during the night-time and early morning.    Yesterday’s fire activities (aerial) due to low lying smoke in the air.  Firefighters were due or are working on strengthening containment lines and mop up operations in certain assigned areas.  The Structure Protection is group is working tirelessly with the installation of hoselays and sprinkler systems.

RED Flag Warning. A RED Flag Warning has been issued today and through Monday.  This is due to conditions occurring now or soon will be. This warning includes gusty winds, low humidity or dry  and unstable conditions that will create the fire to have an extreme fire behavior opportunity.

Fire Information Meeting.  A fire info meeting tonight will be held Brookings-Harbor H.S. located at 625 Pioneer Road in Brookings, OR at 1800 hours.  #ChetcoFire

Active fire on the Burnt Peak Fire within the Miller Complex.

Summary | This wildfire is located on the Rogue River – Siskiyou National Forest that was detected on July 17, 2017, from lightning strike activity in the area.  Additionally, it is located 16 miles West of Selma burning in timber and brush.

Due to firefighter safety and the low risk of assets, there has been no direct fire attacks.

Size Up | There has been 4,583 acres scorched with a 12% containment status.  The fire has burned into the 2002 Biscuit and 1987 Silver Fires scars.   The fire behavior is currently minimal with backing and uphill runs.

Resources | There are 71 personnel assigned along with 2 crews and 1 helicopter.

Incident Summary | The Blanket Creek wildfire is located 7 miles East of Prospect on the Cascades Ranger District of the Rogue-River Siskiyou National Forest in Oregon.  It was discovered on July 26, 2017. Its cause is unknown at the time of this post.

Size Up | There has been 4,739 acres of timber consumed but there is a 39% containment status.  The fire behavior is currently active with torching and spotting.

Resources | There are 771 personnel assigned alongside with 22 crews, 24 engines and 6 helicopters.   Managing the fire is a NW IMT 13 team.  The Fire and Incident Command Post (ICP) are located at the day-use facility, Joseph Stewart State Park.

To get a bigger picture of what is happening in the United States, here is a compiled list of “Large” wildfires that are 2,000 acres in size and bigger.

On Friday, May 26, 2017, around 1500 hours, a fire was reported 11 miles West of Bend and just North of Skyliners Road in Central Oregon.  At the time of the fire it was only observed at 10 acres but would quickly grow Friday evening into 125 acres and holding.

Firefighters would be working throughout the night to attempt suppress and contain the ever-growing wildfire.

“Several engines, crews and one helicopter responded to the fire, partly burning in the scar of the Bridge Creek Fire, and it is 10% contained as of 8:00 p.m. Several crews will continue working through the night on the fire to build and secure fire lines.” – Central OR Fire

This is the first fire for the Central Oregon area and we can say their Wildfire season has officially begun.

Around 0900 hours on Saturday morning, Firefighters continued building containment lines on the E, N & S and had constructed fire line throughout the night were expected to finish the East flank this later in the morning.

Fire crews have successful kept the fire at 125 acres and reached a 10% containment status.

We are using the #CougarButteFire hashtag along with #ORwildfires2017 #OR.

Thank you for reading our Blog post today.  You can also find us on our Twitter page @nwfireblog and on Facebook at The NW Fire Blog. Be safe friends and enjoy your U.S. Memorial Day weekend.

Smoke from the Prescribed Fire on September 30th (Courtesy: Inciweb)

A Rx fire burned outside of its pre-planned perimeters when winds picked up on Friday evening.  It has not been converted from a Prescribed burn to a wildfire.

Fire Managers expect that the fire will be contained by fire crews in the next 3 – 4 days.