A 2nd alarm wildfire is raging just North of Highway 38 and North Shore Drive in Holcomb Valley, which is East of Big Bear Lake in California.

Fire has increased to 450-500 acres with extreme fire behavior with a fast rate of spread.  There is a 0% containment status.

The Pacific Crest Trail has been closed West of Highway 18.

Additional resources are being called in for mutual aid (@1714 PDT).

* Impacts…Those working or spending time outdoors, the
elderly, children, and those unaccustomed to excessive heat
will be most susceptible to dangerous heat illness.

* Outlook…Lower temperatures are expected Thursday and Friday,
then slight increase in temperatures this weekend.

A Heat Advisory means that a period of hot temperatures is
expected which will create a situation in which heat illnesses
are possible. Drink plenty of fluids…stay in an air-
conditioned room…stay out of the sun…and check up on
relatives and neighbors.

The fire can been seen from Victor Valley and from the Big Bear Golf Course.  Some have reported seeing black smoke from Gold Mountain, North of Big Bear Valley toward Baldwin Lake.

Evacuations are being prepared or may be in effect for those near the Big Bear dump and for residents in the Baldwin Lake area. 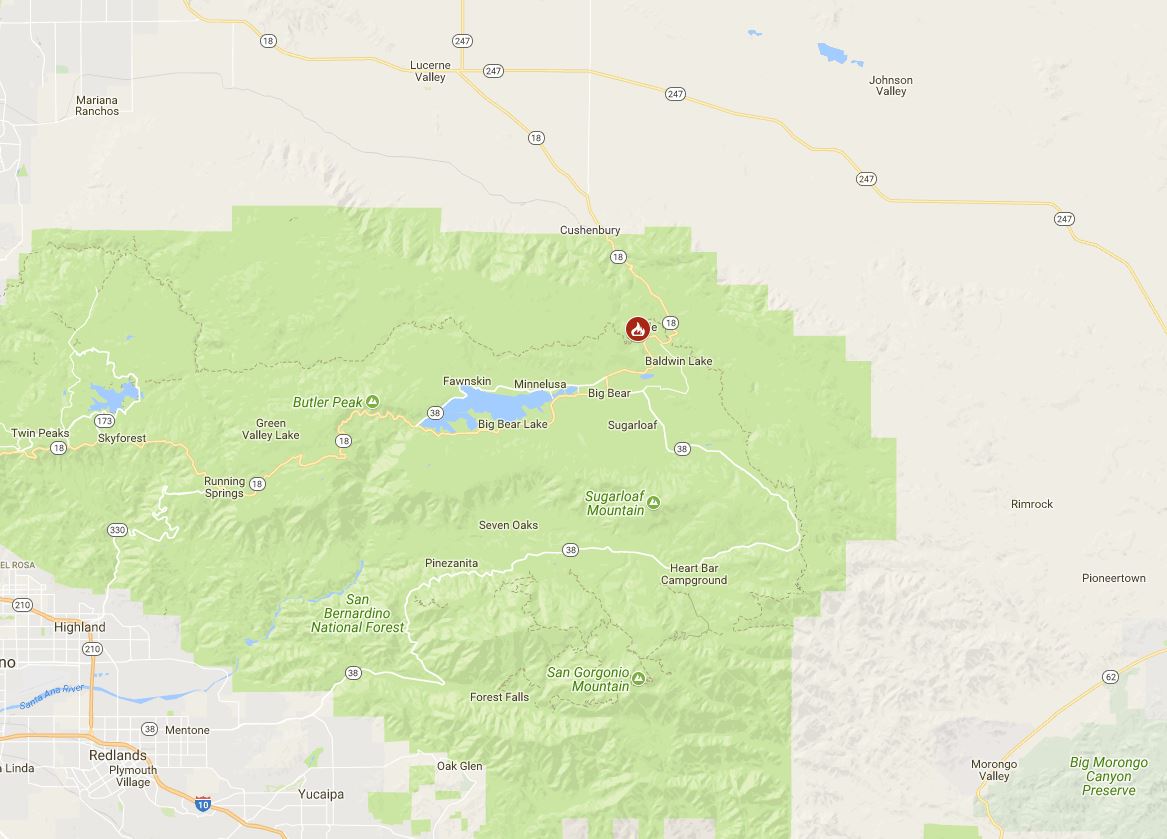 FIRE IC has been notified of dynamite in a local Holcomb Valley mine located in the San Bernardino Mountains which is about 5 miles North of Big Bear Lake. Years ago, the Holcomb Valley area was deemed the site of the most gold mines in Southern California.  FIRE IC will notify firefighters to stay away from this area.

Social Media – We are reporting this fire as #BigBearFire but there are other media outlets using #BigBearFire as well.