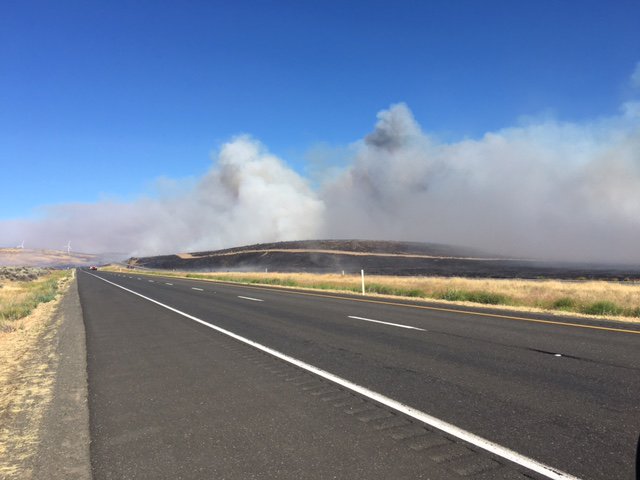 A brush fire was reported by WSP at I-90 and Milepost 122 and about seven miles east of Kittitas burning in the median and right shoulder.

The roadway was completely blocked and they were diverting traffic off the freeway at exit 115 around 1524 hours PDT.

At that time, there was no known ETA when the roadway would be reopened.

Command Post is staged at the Ryegrass rest stop and can be seen in from the area. 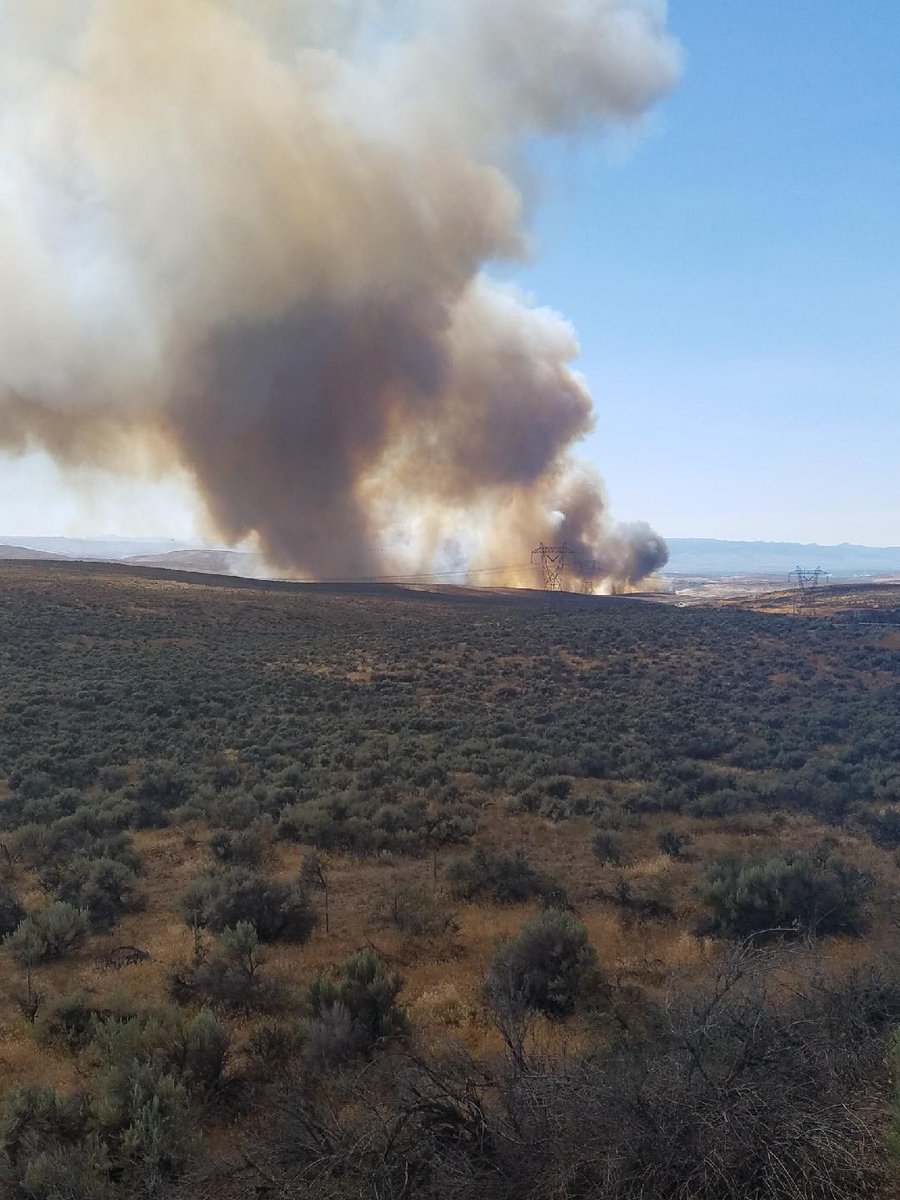 Air resources have been working the fire with buckets and dropping water over the top of the fire.

Drivers were warned that the winds could be a factor and cause a problem for westbound traffic but those lanes remained open. (1553 hours)

The fire would later jump the I-90 highway median to the westbound side.  All lanes were immediately closed by WSP and being diverted off westbound Vantage Highway just past the bridge (Exit 136). (1442 hours)

DNR reported they were sending heavy air resources and assisting the already 12 engines working on the fire.

As of 1913 hours, the fire was moving in an easterly direction in heavy winds.   Fire has now burned 3,000 acres with a 0% containment status.