Sunday, September 30th – A wildfire named the RANGE TWO FIRE started near Spring Creek in Nevada around 0900 hours today on private land.  It now has moved into the Ruby Mountains and on to the Mountains Jarbidge Ranger District of the Humboldt-Toiyabe National Forest. 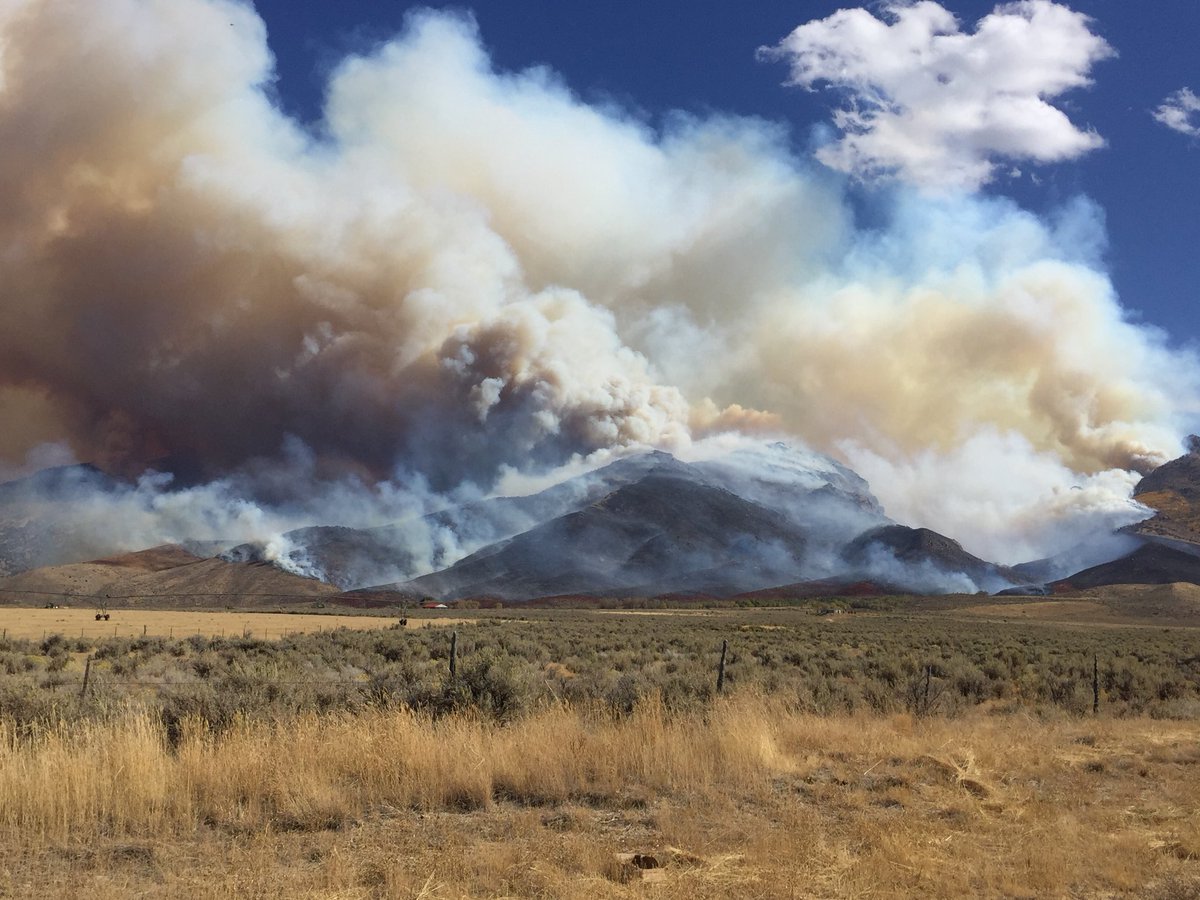 Evacuations are now in effect for the Lamoille Canyon area.  The U.S. Forest Service is asking for all to divert around this area to  protect yours and their own Safety.

Unconfirmed reports by media are now reporting that there has been 8,000 acres burned, along with structures burning and being threatened. (We are waiting for an official update from the USFS and to be reported to Inciweb.)

No injuries to civilians or fire personnel have been reported.