The USGS reported a M7.8 earthquake that rattled the State of Alaska which prompted an emergency Tsunami alert.

Giving you a little prespective – Courtesy of NWS Tsunami Alerts 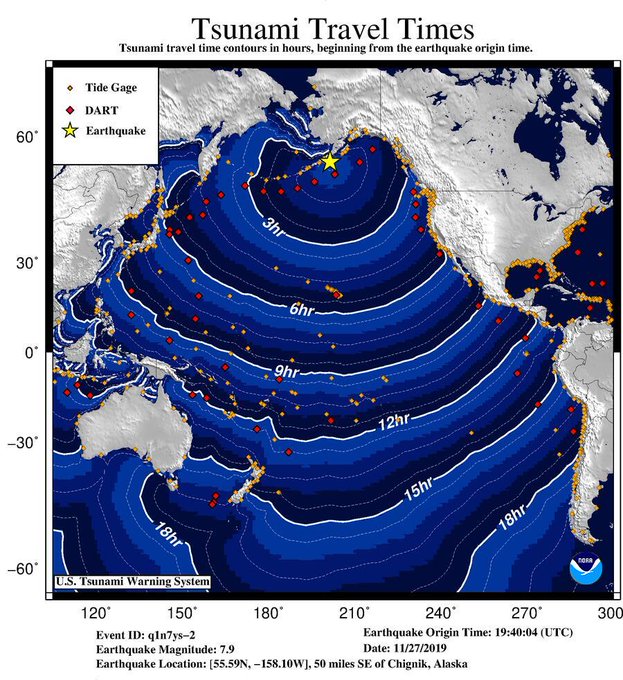 A Tsunami Alert has been issued by NOAA.

Quake hits the Anchorage area and causes a lot of serious damage to infrastructure, homes and emotional scarring in people’s lives. 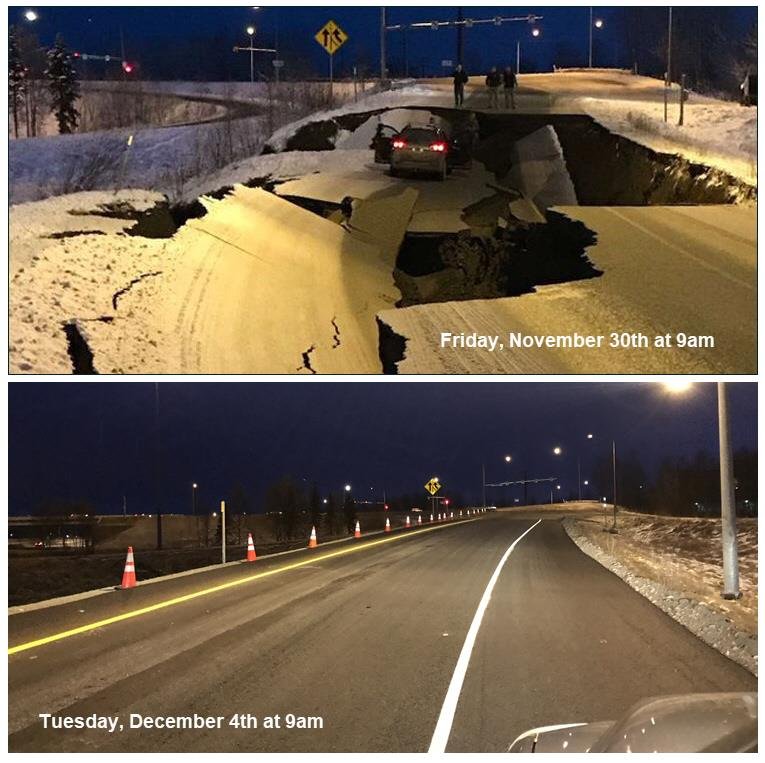 Damaged roadways on November 30th show what it looked like and how quick repairs were made – only taking 4 days. – Credit | AK DOT

“Mother Nature’s horrible dance moves threw stuff all over the place in our APD Help Desk / IT Center, among many other places. Here’s a look at it on Friday vs. the following Monday.” – Anchorage PD 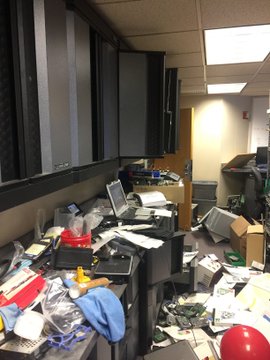 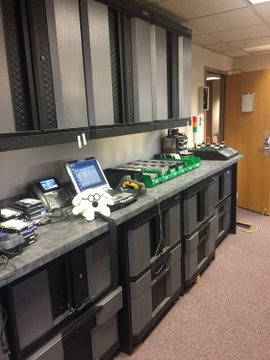 “After the earthquake, we found some structural damage in the ceiling of our APD Dispatch Center. Looks like someone up there already assessed the damage and took care of it. As you can see, they had all the necessary tools.” – Anchorage PD 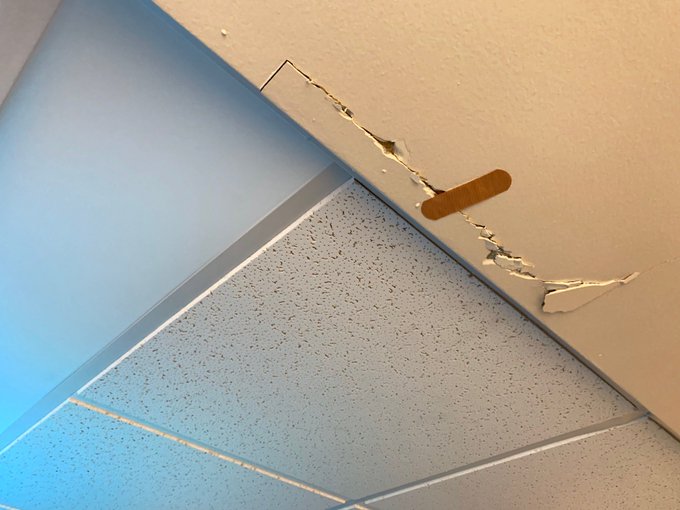 M7.7 shakes near the western tip of the Aleutian Islands, Alaska with a 10km depth. Hazardous tsunmai alert issued as a possibility.  It is said to have released more energy than all Lower 48 earthquakes since 1992 combined.

A M7.1 hits west of Iliamna (Southern), Alaska. No threat of tsunami is given.

A M6.2 rattles a remote region of southeastern Alaska.

In the year of 2015, the State was rocked by 1,575 earthquakes compared to its counterparts California at 130 and Oklahoma at 888.

M6.9 hits near the Aleutian Islands. No tsunami alerts for the West Coast issued.

Be ready for more earthquakes

What we think will happen next

More details about the earthquake forecast are provided in the section “Our detailed aftershock forecast” below.

About this earthquake and related aftershocks

About our earthquake forecasts

No one can predict the exact time or place of any earthquake, including aftershocks. Our earthquake forecasts give us an understanding of the chances of having more earthquakes within a given time period in the affected area. We calculate this earthquake forecast using a statistical analysis based on past earthquakes.

Our forecast changes as time passes due to decline in the frequency of aftershocks, larger aftershocks that may trigger further earthquakes, and changes in forecast modeling based on the data collected for this earthquake sequence.