Around 1400 hours in Virginia, a SAR team consisting of personnel from the Virginia State Police and the Shenandoah National Park Service suspended all search operations upon discovery of a female body ID’d to that of missing Fairfax County Firefighter-Paramedic NIcole Mittendorf. 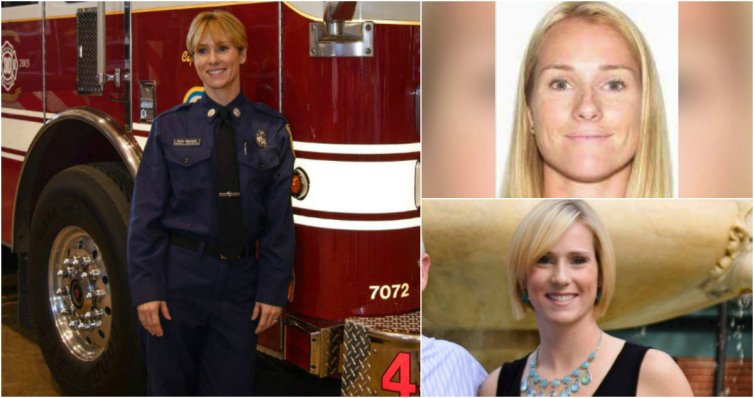 Over 120 personnel from the Virginia State Patrol, National Park Service, FBI, Virginia Department of Emergency management [VDEM],  including SAR team volunteers had been searching for the missing Firefighter-Paramedic, reported missing over one week ago in the Shenandoah National Park – the same place where the Rocky Mountain fire is burning.

Police stated remains of a female was located within the park’s boundary on Thursday, around 2pm in a remote location.  It was stated to be located more than one mile from the Whiteoak Parking area and about 330 yards down from the trail in treacherous terrain.  Both Agencies, State Patrol and the National Park Service are still working to process the scene.

Her death is not being ruled as being any type of foul play per physical and digital evidence largely played a huge role recovered from the Firefighter’s vehicle.

“We are greatly saddened by the notion of this young lady and one that seemed to have carried way too much on her shoulders to reach out to those that could have helped prevent her suicidal actions.  It breaks our hearts knowing she had been enduring something so difficult to share with others, that she felt suicide was the only way out.

We send our sincere sympathies to her immediate family, her Fire Family, to her husband and his Police Family, her friends, to the Searchers and to the Communities she touched as a person and as a Firefighter-Paramedic.” – Lisa

THERE ARE MANY WHO CARE ABOUT YOU!

Do YOU feel like you have seen way too much on the job or things not going well in your own personal life?  Do  you have  a FRIEND who has found them at the end of their rope and is contemplating to ending it all?

We all know SUICIDE IS NOT THE ANSWER but I can reassure you, sometimes it just feels like the easiest way to handle things or even if the depression is beginning to take the wheel.  DON’T!

As a journalist here on The NW Fire  Blog, we report way too many deaths and ones that are taken way too soon.  Suicide is not the answer.  There so many people who care for you that you may not even want to admit to or even realize.

Feel ashamed?  Feel like someone may find out?  I can rest reassure you that there are many who have gone through or are going through the same motions.  Reach out to  safe and confidential SAFE CALL NOW – a national, non-profit organization founded by a former Police Officer.  He speaks often about his life spiraling out of control as a person and a Police Officer to someone who is still recovering.  He and others reach out to many in the same situation.

SAFE CALL NOW, is a non-profit organization founded by a Public Safety member for all public safety employees, all emergency services personnel and their family members nationwide. This is a CONFIDENTIAL, comprehensive, 24-hour crisis referral  service for all 1st Responders.