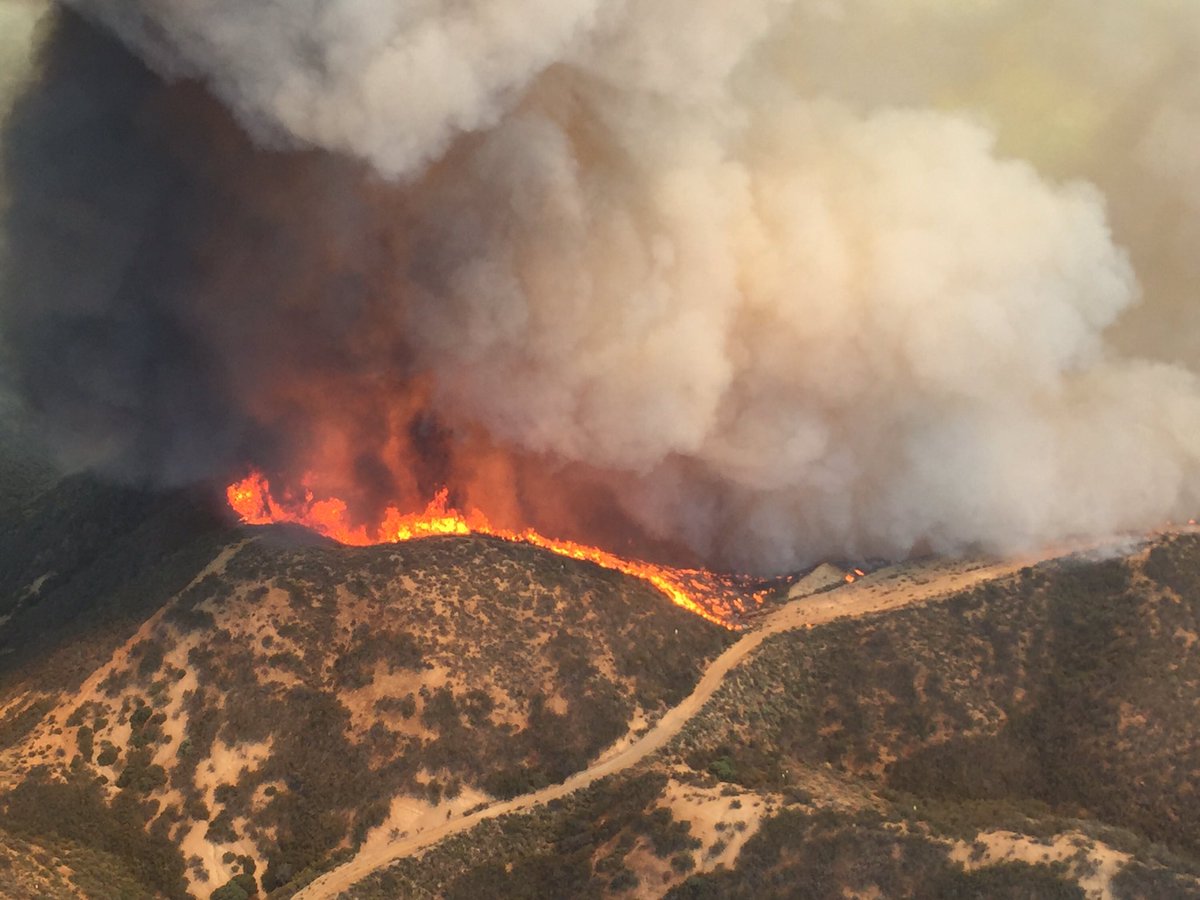 Incident Summary – A fast-moving and well-established wildfire is burning on the West side of Castaic Lake on the shoreline (as seen in the above photo) in Castaic (Los Angeles County) and north of Santa Clarita in California.

Cause – The cause  is unknown at this time.

Resources – Scores of resources poured in from Los Angeles County FD, Los Angeles City FD, Angeles National Forest, CAL Fire and the US Forest Service. Copters, Air Tankers and other aircraft were working around the lake and further away.

Conditions – Access to the fire was difficult and lifeguard boats were used to shuttle crews back and forth to/from the fire on the Angeles National Forest.

Fire Behavior – When the fire was reported, it was initially at 3-5 acres but would quickly turn into 500 acres with a short amount of time. As of this report, fire has destroyed 1,000 acres and 2 outbuildings.

Operations – Night operations will continue throughout the evening on Saturday, June 17th into Sunday, June 18th when some resources are due to be reassigned to this wildfire.

Injuries – None have been reported at this time.

Social Media – Hashtags #CAwildfires2017 #LakeFire are being used for this incident.