Incident Summary | A Washington wildfire is burning 15 miles East of Pomeroy (Garfield County) and about 2-2.5 miles from the Asotin County Line,

The cause of the fire is from lightning.  Many reported there was a huge lightning storm that passed over the fire on Friday evening, initially igniting the landscape near the Snake River. 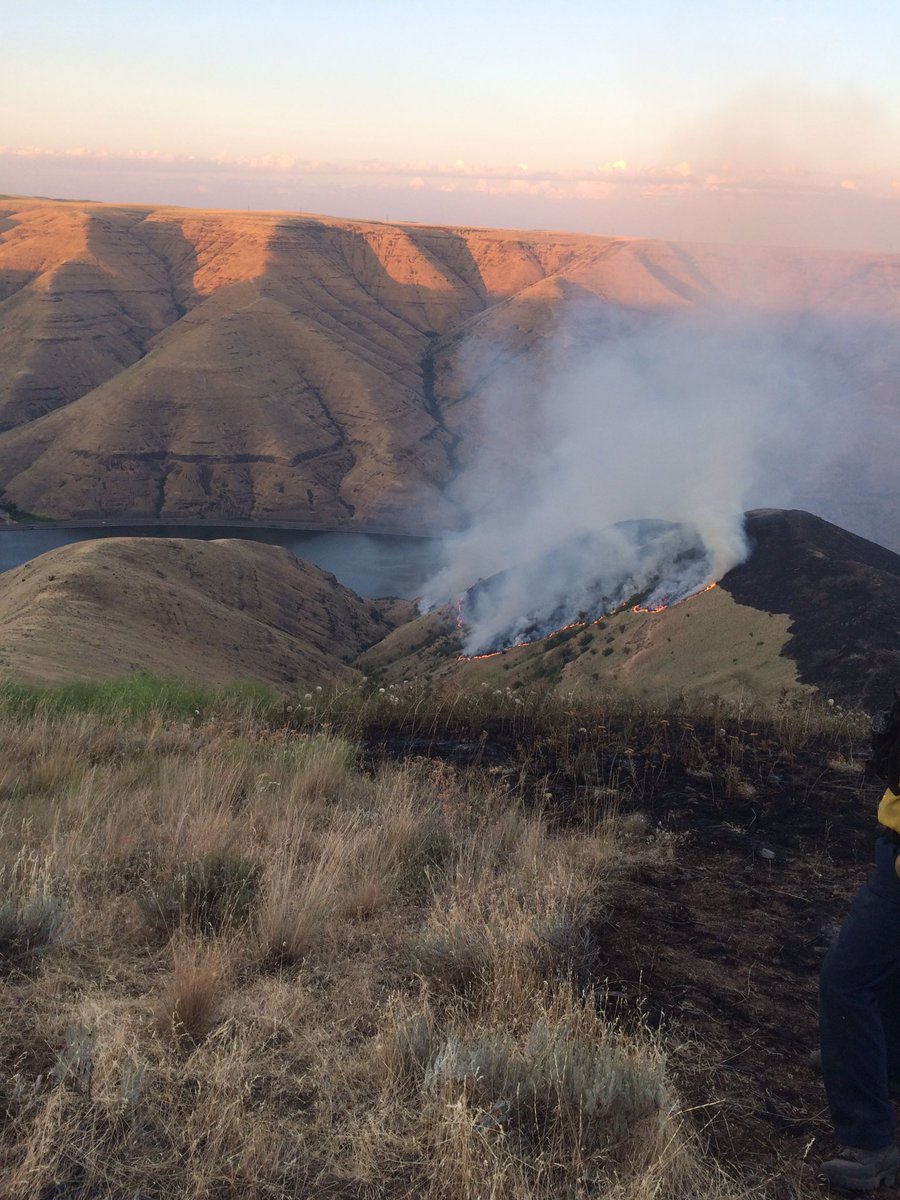 Size | The Snake River fire was reported earlier today as consuming up to 3,000 acres. No word on what the acreage is this evening.

The Public Information Officer (PIO) SE WA IMT Team 3 has arrived on the incident as of 2100 hours.

1 crew on order for the Baker River Hotshots along with  the SE WA IMT Team 2.

Current Conditions | Terrain is very rugged and steep, which firefighters are working through as challenges.

One fire source stated, “It was awesome watching the two rotors dropping water,  a WA DNR 8 and another rotor.  Great work by both, working the fire. ”

Pomeroy is the only City and County seat inside this least populated County inside the State of Washington.  Pomeroy has the most amount of residents topping out at a whopping 1,389 (2015 estimation), while other communities such as Gould City, Pataha, Peola and Ping carry the remainder of residents.  The County has a total of 2,247 inhabitants.

Garfield County is known as an iconic town for being created in the 1800’s and has a minimum of 10 blocks that are on the State Historical maps.  The County was created out of a large piece of Columbia County in 1881 then split off in half, creating Asotin County in 1883.

The County is about 718 square miles with 711 as land and 7.5 as water.  US Route 12 and State Route 127 run through the County while it also features the Snake River and the Umatilla National Forest.