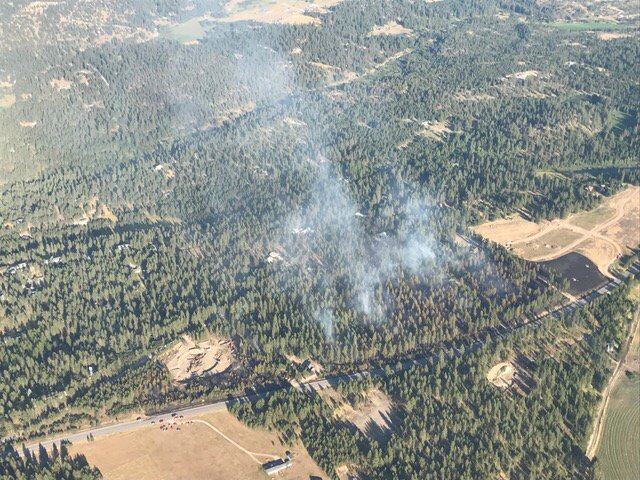 A wildfire broke out on the afternoon of Monday, July 25, 2017, prompting fire resources to be dispatched from several agencies.

The cause is unknown at this time and is being investigated.

The fire has now reached a 100% containment status and is holding at 60 acres.  NOTE: Just because it has been fully contained, does not mean the fire is out. Night operations will begin and firefighters will work into the night.

The incident is located about 4 miles East of Deer Park and  burning close to Hwy 2 near Laurel Road; North of Chattaroy in Spokane County, Washington. 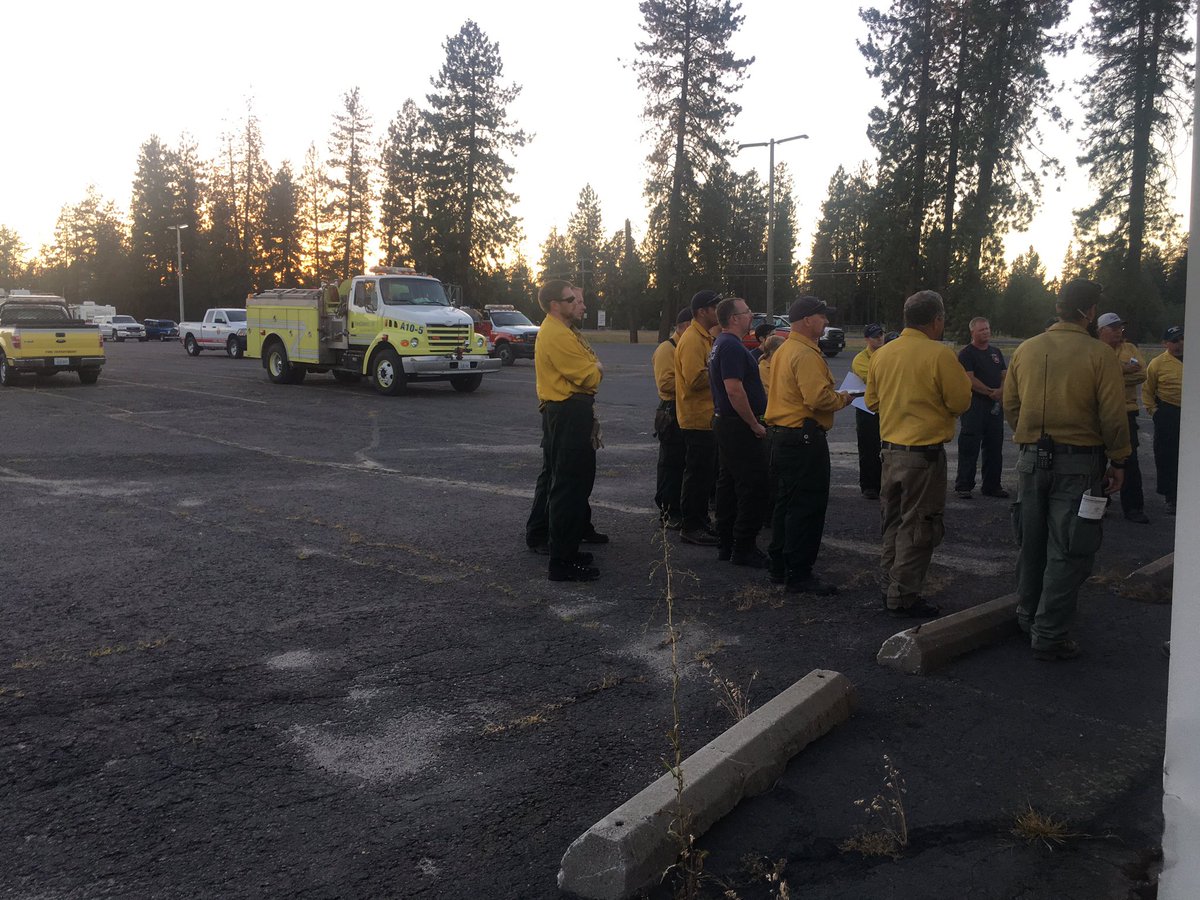 A Red Cross shelter was opened at the Riverside Elementary School.