A wildfire was sparked by an unknown cause that occurred on Monday evening, July 31, 2017.

The fire was located on Highway 12 @ 180th Avenue in Thurston County, Washington.

Reports of an outbuilding were immediately lost and more fire crews and equipment were either on-scene or en route. DNR stated they sent two crews. One helicopter and four engines were already on-scene from area Thurston County Fire Departments.

Here is what it looks like after firefighters tirelessly worked to contain and control the fire. 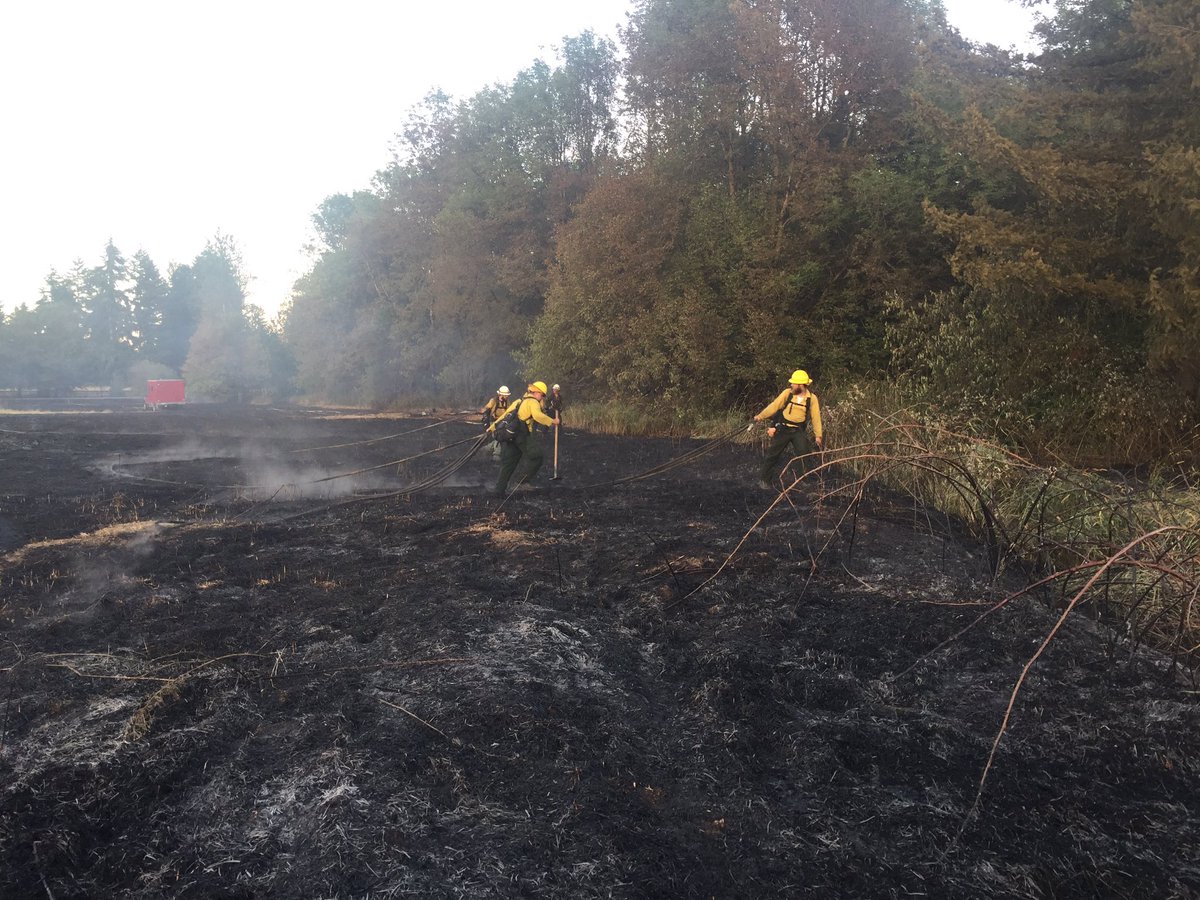 No fire suppression and containment costs-to-date were known.