INCIDENT SUMMARY | The Thomas Fire that started on December 4, 2017, as a small 500-acre brush fire would explode two weeks as of today an out-of-control firestorm.  It has grown so much that it is now considered to be the third largest wildfire. 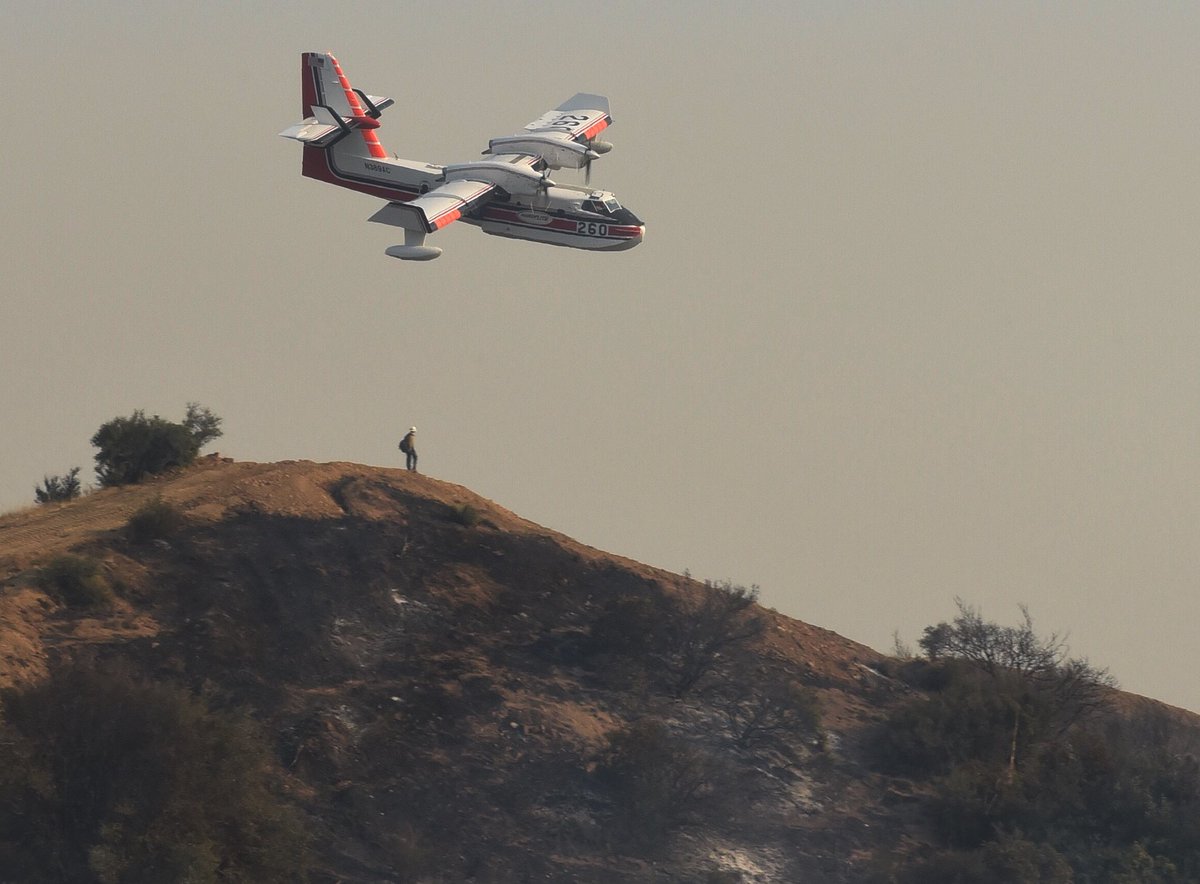 A Superscooper aircraft comes in for a water drop below East Camino Cielo in the hills above Montecito. (Credit: SBC Fire Info)

Resources will continue fire suppression activities and tactical patrol in Montecito, and improve the fire perimeter. Mop up and strengthening of containment line in the Gibralter Road area will continue. 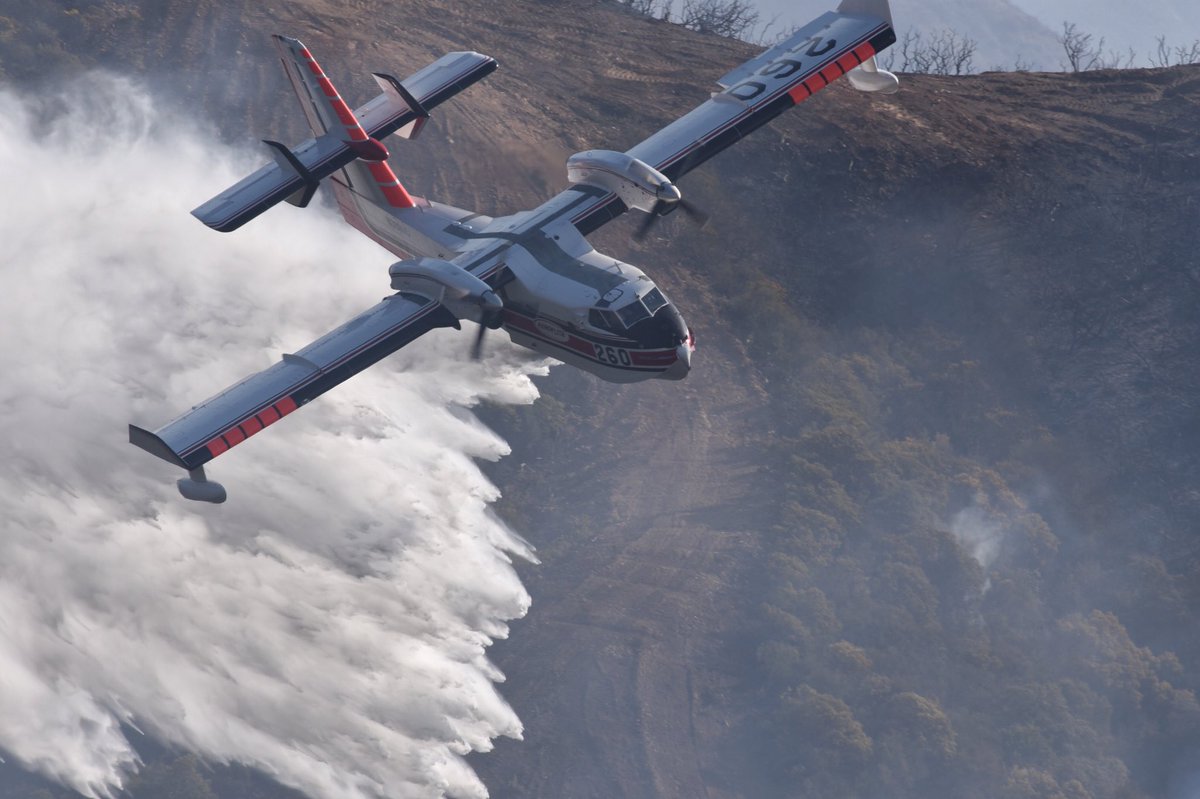 Direct and indirect fireline construction extending to the north of the Camino Cielo will continue, tying into the Zaca fire. The threat to Fillmore has decreased with the completion of line from town to Devil’s Gate. Continued strengthening of control lines will help to further decrease threats.

#ThomasFire– Smoke drifts towards Santa Barbara Airport in the distance while a wind driven spot fire burns on the west side and below Gibraltar Road. pic.twitter.com/9i7PYHWGYW

On the north and east flanks of the fire, the fire continues to progress further into the Matilija and Sespe Wilderness and toward the Sespe Condor Sanctuary. Fire suppression repair and Damage Inspection will continue as appropriate based on fire conditions. 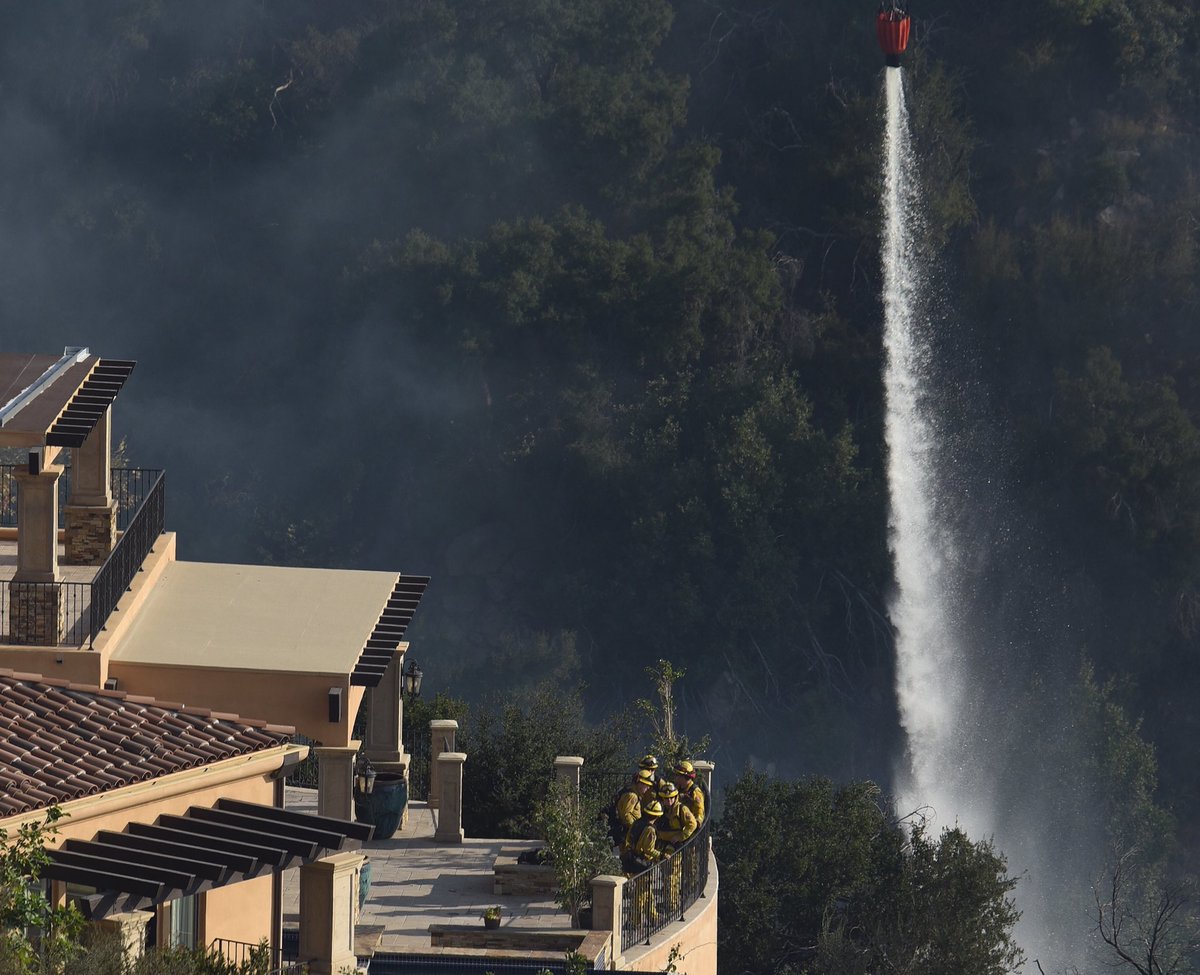 Firefighters standing guard and providing structure protection at a home off Gibraltar Road watch as a bucket full of water is dropped from a copter onto a hot spot nearby. (Credit: SBC Fire Info)

FIRE HISTORY | The Thomas Fire is now considered the third largest wildfire but due to become the largest within 3,000 acres.  The largest wildfire was the Cedar Fire at 273, 246 acres in October 2003.  This fire burned 2,820 structures and killed 15 people.   The second largest was the Rush Fire that began in August 2012, that destroyed 271,911 acres but did not cause any loss of structures or deaths, however 43,666 acres burned in Nevada.

#ThomasFire– Santa Barbara County Firefighter Josh Gonnion gives his seal of approval to the pilot of a Skycrane copter after making a water drop on a hot spot atop East Camino Cielo. Gonnion and his Strike Team of five engines have been working the fire since it began on Dec.4th pic.twitter.com/jY4fQ3t0A8 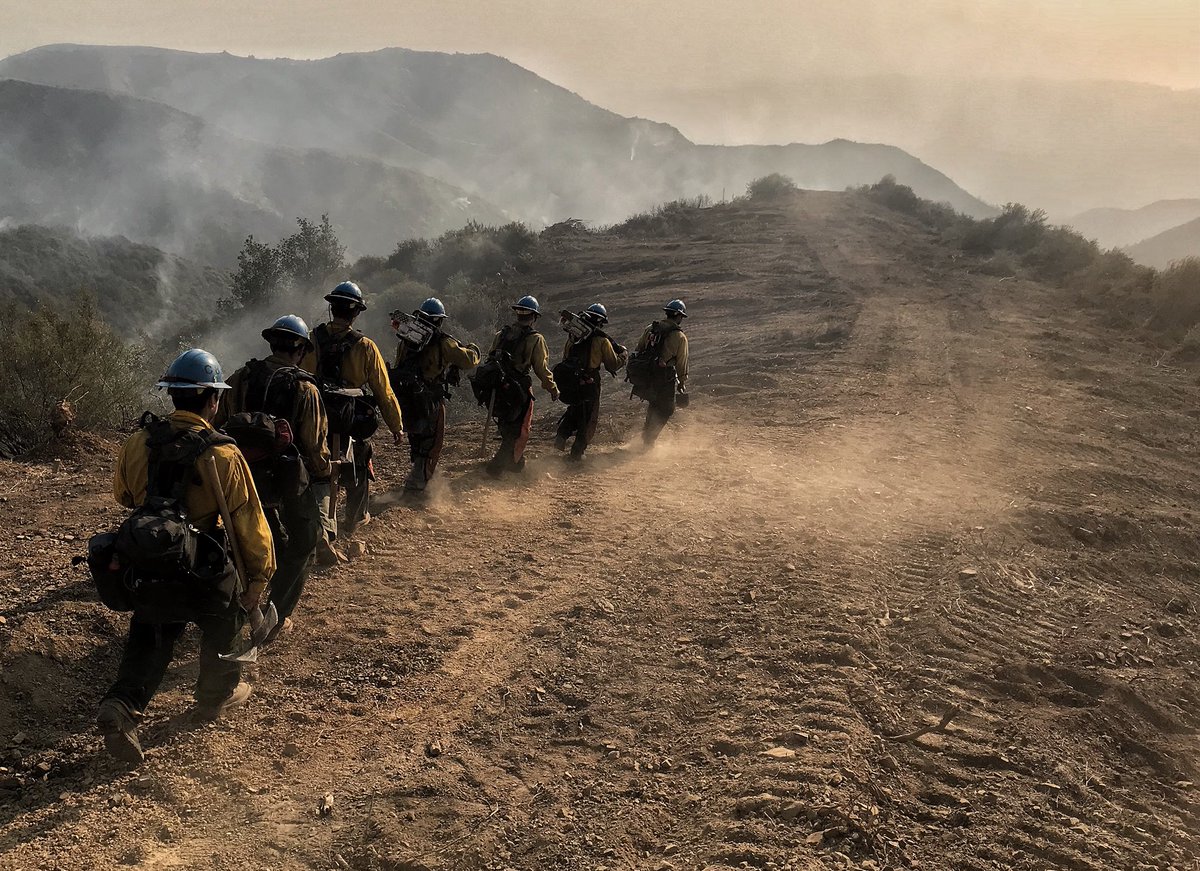 FIRE WEATHER  | While the weather conditions are improving with an increase in humidity recovery, and decrease in wind speeds, fuels remain critically dry.