SPOKANE VALLEY – Fire resources were dispatched at 1600 hours PDT to a brush fire on Tuesday, July 17, 2018, located in the 6400 block of East Upriver Drive. 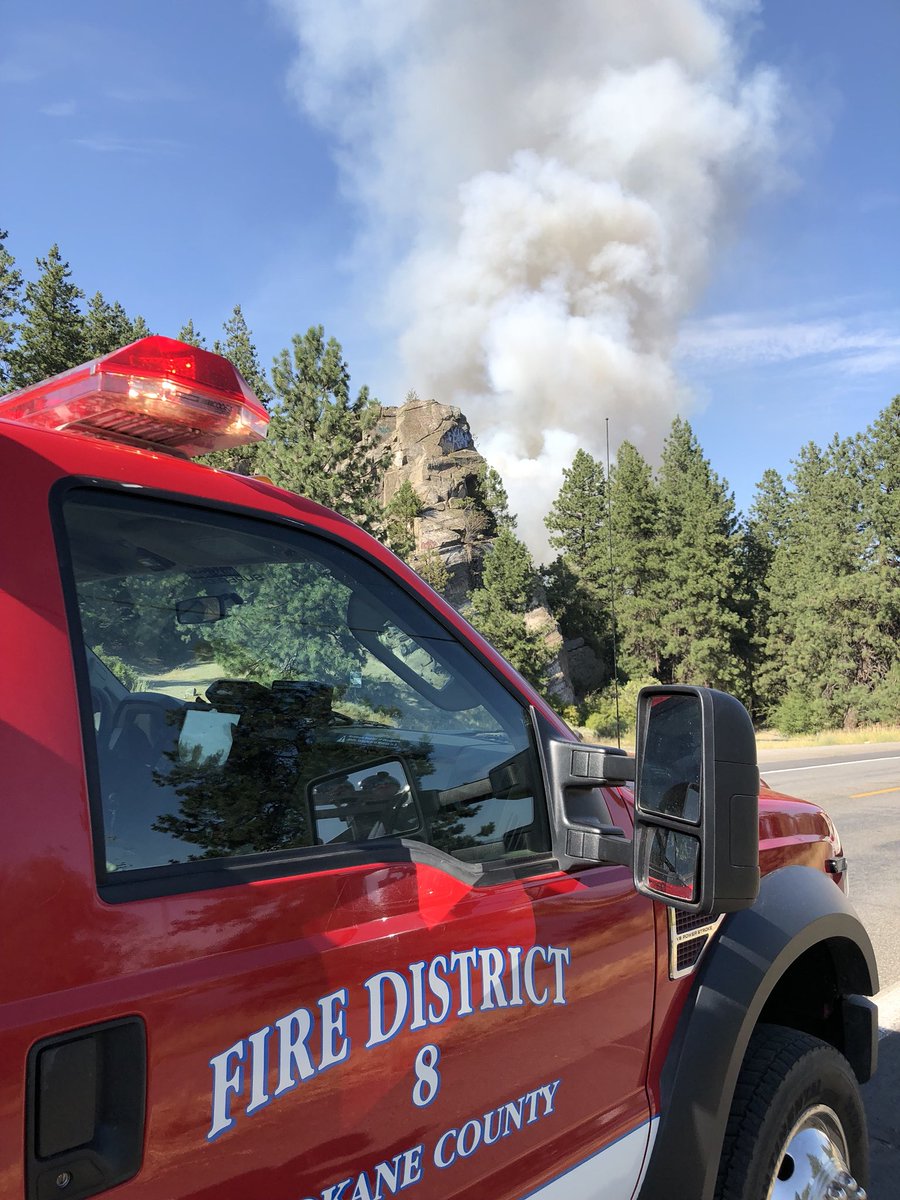 About 10 minutes later, additional resources would be dispatched at the same location for a structure fire.

Fire has now been contained to 90% and holding at 115 acres.  Crew were busy all day with putting out hot spots and make sure all containment lines were secure.

Crews have successfully reached a 20% containment status and currently holding at 115 acres burned.  Forward progression has been stopped.

Firefighters reached their objectives of increasing containment by improving existing lines and through mop-up operations.  A single helicopter also assisted with these fire activities.

There is will be night operations in effect where crews will work throughout the evening.

Forward progression of the fire has been stopped with the aid of air and ground fire suppression resources, including a two inmate crew, five DNR engines and local fire districts working together to reach all fire objectives set by Fire Managers and Command.

The Red Cross Shelter is still open at the Bowdish Elementary School accepting evacuees and their pets.  The SCRAPS, an animal shelter is assisting owners with large animals as well.

State Mobe resources including a Task Force are starting to arrive in the Command Post around 0430 this morning.  Snohomish County Fire District 7 responded as part of the State Mobe response with a Ladder truck and four members.

A Red Cross Shelter has been opened at the Bowdish Middle School located at which is pet-friendly.

A NE WA IMT Type 2 has been ordered.

Resources include from the following areas:

WA State Fire Mobe resources have been approved and are en route.

A fast-moving wildfire is burning near the address of 6400 block of East Upriver Drive in Spokane County prompting immediate Level 3 (LEAVE NOW!) evacuations of homes in the area.

WSP is reporting a fatality collision at SR 290 at Evergreen for a fatal crash between a semi vs motorcycle accident investigation that is still on-going.  The Upriver Beacon Fire is burning nearby.  Traffic is very slow throughout the area and when you see lights and sirens – to #MoveOver.

One home has been destroyed and more are currently being threatened.

Level 3 evacuations are in effect.  The Spokane County Sheriff’s Office has the top of Columbia Drive blocked.  Police are asking those to AVOID THE AREA.

As of 1800 hours this evening, the fire burned an estimated 75 – 100 acres.  There is a zero percent containment status.

Front window view from @SCFD8 #moranprairie Station 81 firefighters working with many others holding the road on the #UpriverBeaconFire #WaWILDFIRE pic.twitter.com/TSXuT77s8L

More updates to come soon.  Thanks for reading our post and be safe out there!