SEATTLE, Wash. – Firefighters were dispatched for a second fire in the same day for a seven-story senior living apartment complex on Saturday, October 6, 2018.  The fire is located in the 700 block of N. 135th Street at the Four Freedoms House of Seattle.

Seattle Fire released information stating the fire was believed to be started in the kitchen.  No preliminary cause has been determined as of yet. 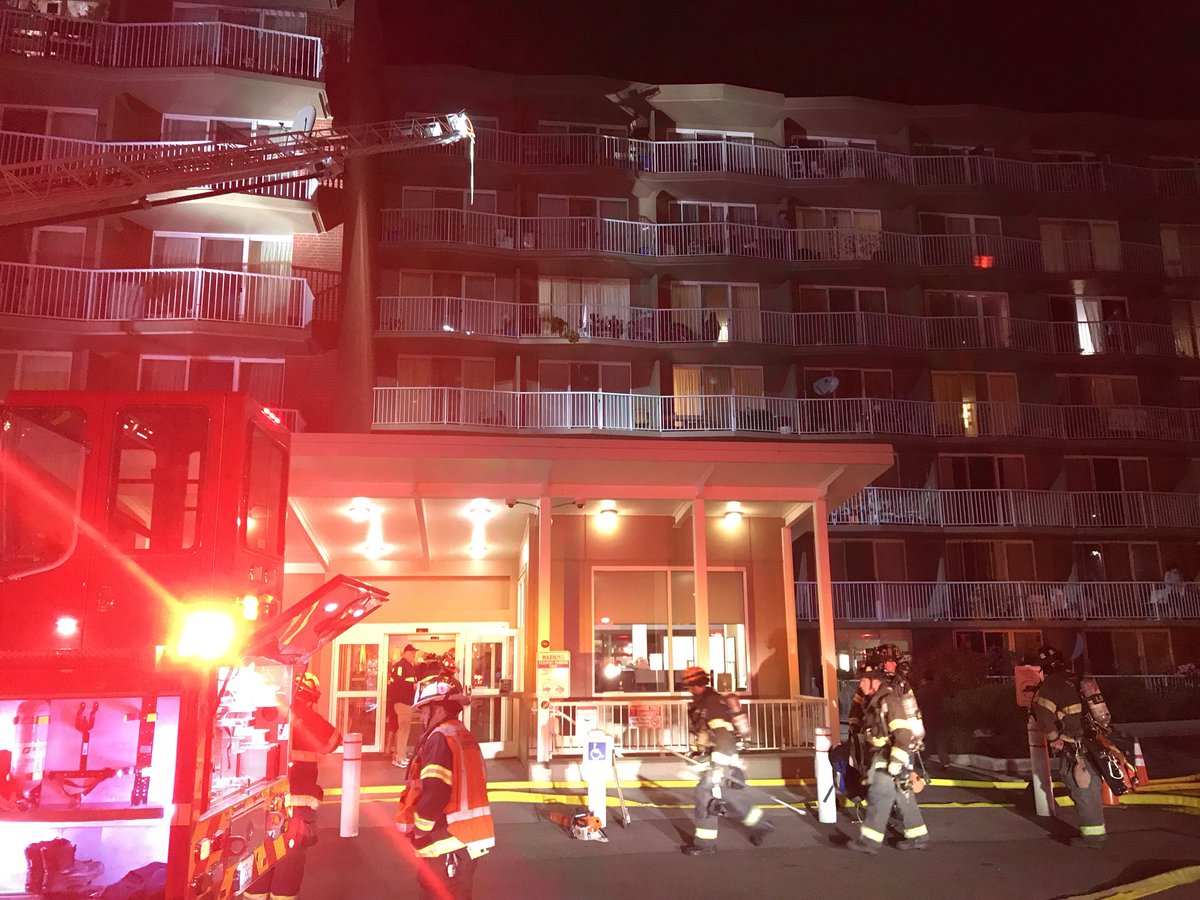 2203 | Smoke was reported to be on floor 4 with an occupant notification. Command was trying to get more details and assigned crews to check it out. E34 had the back-up line and E39 was assigned to Division 4.

2211 | E35 located on floor 5 reported there was a dry line stretched to the 5th floor, light smoke observed and they were checking for extensions.

2212 | Division 4 reported that there was water on the fire, heavy smoke on floor 4 and PPV (positive pressure ventilation) requested.

2214 | B4 gave an update:  water on the fire, PPV and searches in progress with L9 in the north end of the building and crews searching for possible victims. Division 4 listed L5, L9 and E24 in his division.  Safety was located on the Charlie side.

2221 | 1 fire victim (Green – walking on own, no medical assistance needed) was walked out by crew.

2223 | Dispatch notified Command, the incident timer now showed they had been on-scene 25 minutes from the original time of dispatch. Command reported that the fire was under control.

2225 | As crews worked on the interior of the building, the IC known as “Command” was having difficulty understanding the radio transmissions. Crews were told to stand on a balcony or landing then transmit their updates or needs to Command.  Transmissions throughout the incident were very scratchy and unreadable.

2226 | Crews acknowledged they were having some kind of radio issues. They were switching to different channels to attempt to update Command but it was not working.

2229 | Division 4 gave an update: E21 was in the fire unit and reported the fire was knocked down with some hot spots. E31 was on stand-by in the West stairwell with a back-up line if needed, fire crews were on floor 4.

2236 | Reports of water flowing down the West stairwell was said to be due to a 2.5″ broke and firefighters were trying to repair it.  E39 was assigned to replace E35 in Division, while 40 minutes on the incident clock was announced by Dispatch.

2237 | Smoke began clearing on floor 5 and it was confirmed that a PPV was established. A tap fire was announced.

2240 | The RIT team that included E17 and L8 were re-assessing the ventilation plan for floors 4-7, as previous reports of trying to vent the floors of smoke was not working.

2241 | Command announced to all fire crews to hold and state their PAR status and location inside the building. All were accounted for and locations given to Command.

2317 | Four people were evaluated for smoke inhalation with one patient transported to the hospital in stable condition via AMR.

2325 | Some remaining crews on-scene began checking CO2 levels beginning on floors 6 and 7 and working their way down.

2352 | Debris was being removed from the fire unit on Floor 4, while L8 reported a water issue in the basement that they were checking.  L9 was in the process of being released from the incident, while L8 continued with water removal / water vac responsibilities in the basement up to floors 1, 2 and 3.

2353 | Water damage to two separate units on the 2nd and 3rd floors are being assessed and water removal activities were soon to commence.

0013  (Sunday)| All floors except for floor 4/West wing are ready to be re-occupied.

0015 | We have signed off this incident from Live Coverage on @nwfireblog (Twitter).

There is currently no word on the exact cause or financial damage to the building, units and its contents.