Firefighters were just sitting down for dinner when the bells sounded for them to respond to a structure fire close to 1800 hours on Thursday, May 25, 2017.  Crews found multiple homes, warehouse, and a pallet yard on fire on Weber and “E” Streets.

Firefighters are saying that the fire may have started in the pallet yard with winds pushing the fire to increase in size and acreage.  No confirmation has been received from any other sources.

The fire quickly elevated to a 4-alarm fire due to the size with multiple houses, warehouses and rail cars catching fire.  Here is the timeline for this call via scanner feed:

1823 | Exposure Group:  2033  on scene.  Assigned to Command Post at Weber + Street.  Cancelling 3 of the 5 water tenders requested earlier by Command.

1824 | Exposure Group:  Crews reporting fire in the trees.  Command to do a 360 walk through and check in the alley.

1826 | Command to Operations:  Fresh crews coming in on west side of the fire, can access off of Myrtle Street.

1834 | Tender 31 arrived to provide supply to Engine 10 that is located between C and B Streets.

1837 | Dispatch:  Rail cars are tankers on fire?  Command advised only box cars engulfed, not the tankers.

1954 | Companies were beginning to assist each other to pick up hose lines.  A front end loader was requested from the Public Works Department. 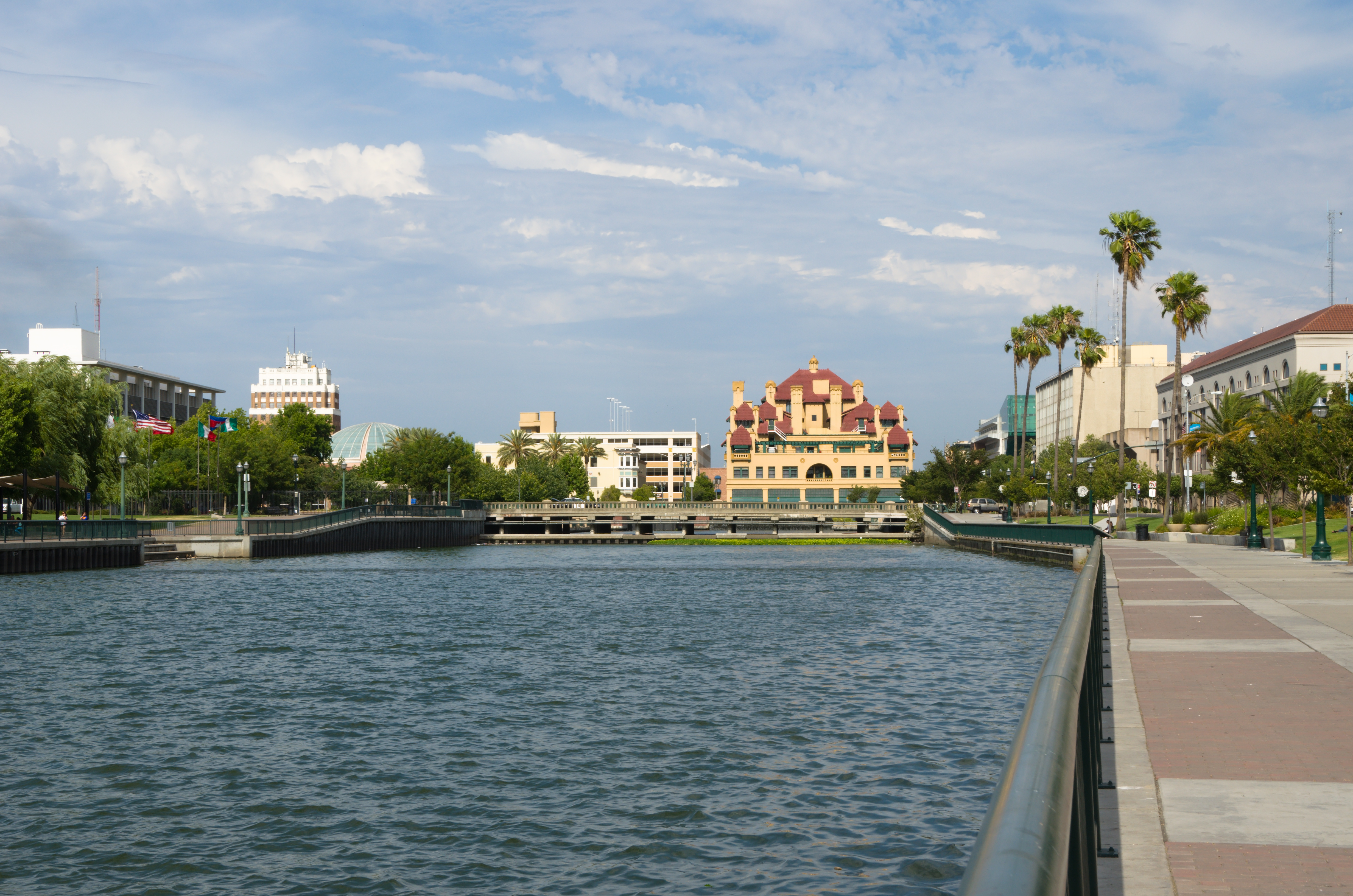 Photo Credit: CC0/Wikipedia (All rights have been waived by the Photographer)

Stockton, California is the seat for the county of San Jaoquin and located in the central valley of the State.  It is also positioned on the San Jaoquin River.

Stockton is considered the 13th largest City and the 63rd largest in the United States of America.