We took a long road trip in September of 2019, stopping and photographing some points-of-interests along the way.

Fire Fact | 159 USFS wildland firefighters and DOI fire personnel have been deployed to assist with the  Australian bushfires intermittently throughout December 2019 and January 2020.

Though we were on the outside looking in, it was pretty hectic as firefighters responded to the Center ready for deployment and coordination of resources.

Fire Fact | There is a current resource request from Australia for additional U.S. fire mutual aid, which is being coordinated through the NIFC.

It was great to see this is a large organization with multiple facets of fire-related activities at this Center, covering very large areas of real estate.

The National Interagency Fire Center located at the Boise Airport in Idaho and is compromised of 55 acres.  It has areas for firefighting equipment, aircraft ramp operations, aircraft retardant tanker operations and administrative functions supporting the mission of wildland fire and other emergencies.

Their main focus is wildland firefighting but they also support other emergency responses, such as flooding, hurricanes, earthquakes, volcano eruptions, riots and terrorist attacks.

They have a great website that provides a lot of fire situation reports, national news and other fire-related information, which can be found at https://www.nifc.gov/

Hours of operation are Monday – Friday, 0800 – 1630 hours MST.  There are tours that you can take that usually are available by reservation only.  This is generally during the week and are available by calling for a reservation. The one-to-two hour tour is usually available outside of fire peak season which is during the months of June through September.

Here is the SitRep for Wildfire activity on Sunday, August 18, 2019 for the State of Idaho.

14 new wildfires started in the last 24 hours in the Great Basin area which include States ID, NV and UT. – NIFC

Crews were sent out on a smoke check at 1218 hours MDT.  Shortly after, a wildfire was reported to their Dispatch and additional resources were deployed through the South Central Idaho Interagency Dispatch Center at 1232 hours MDT to the Hell Roaring Creek area in Custer. Due to this being the newest fire, there is limited information showing up in CAD.

The Cove Creek Fire is burning in the Salmon – Challis National Forest owned by the US Forest Service in Idaho.  Fire fuels include timber and tall grass.  Fire behavior is said to be minimal with creeping, backing and with wind-driven runs.

There are 38 total personnel along with one crew, two engines and one helicopter on the front lines.

Cost-to-date expenses have reached an all time high of $4 Million Dollars.

The Nethker Fire is currently burning in the Payette National Forest and managed/owned by the US National Forest.  Command has been transferred back to the local unit from the GB Team 3, an IMT Type 2 team.

Fire behavior has been reported as moderate with smoldering, creeping and isolated torching.  Fire fuels include timber and closed timber litter.

There are approximately 559 total personnel still assigned to this fire, along with 15 crews, eight engines and five helicopters.

Cost-to-date is $10.2 Million Dollars.  All structures were saved by firefighters. No were reportedly damaged, injuries to firefighters or to civilians.

The Quartz Fire started on Saturday, August 17, 2019.  It is located about one mile northwest of Quartzburg and burning in elevations of 5,200 to 5,400 feet.  Fire resources and assets were dispatched through the Boise Interagency Dispatch Center at 1717 hours.  1.3 acres of grass, brush and ponderosa pine have been destroyed on BLM lands.   Estimated time to contain the fire is expected to be today sometime.

BOISE INTERAGENCY DISPATCH CENTER, Idaho – A wildfire broke out on Tuesday, June 5, 2018, prompting a wildland fire response that included Engines 1434 and 1435 along with WT1933 to Baja Road on 1545 hours.

Resources are on-scene with limited details.

However, we do know that 208 acres of land have been destroyed.

The Pioneer Fire ignited on July 18, 2016, around 1700  hours from an unknown cause that is still being actively investigated.  It is located on the Boise National Forest, approximately East of Deadwood Reservoir and South of Forest Service Rd 579 in Garden Valley, Idaho. 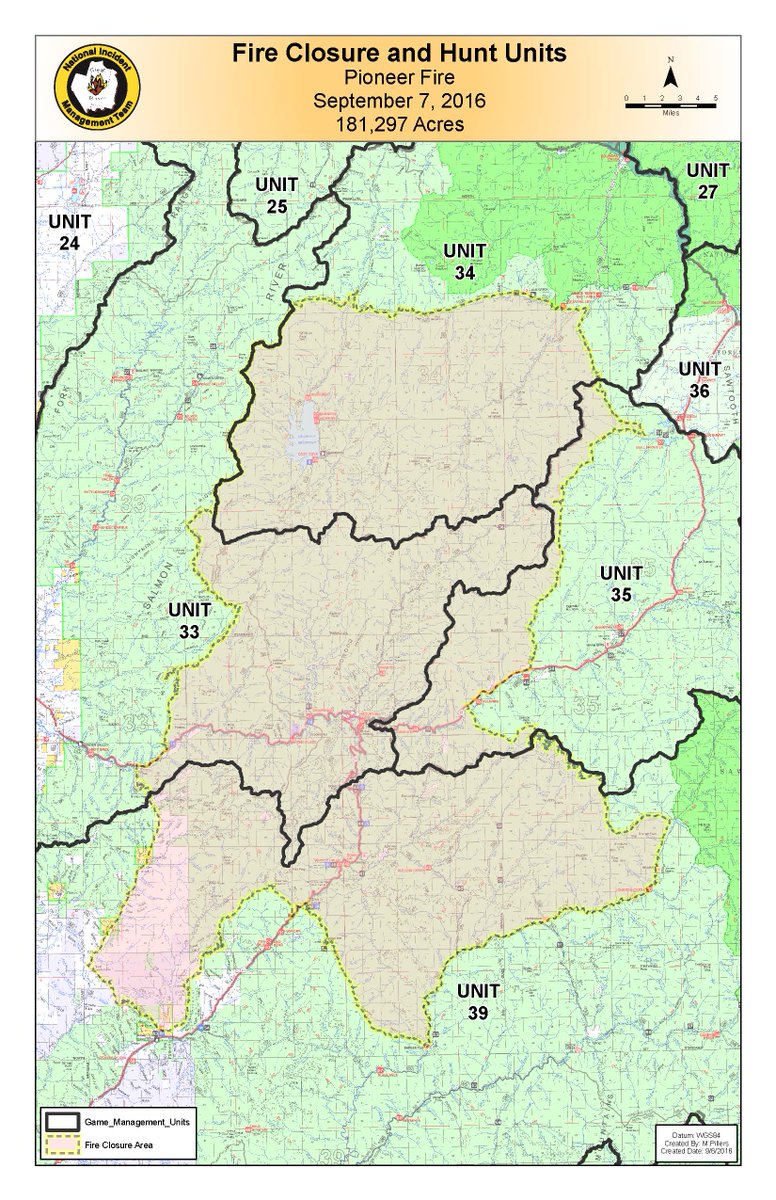 The fire has devoured 181,297 acres but fire crews have successfully gained a 56% containment status. 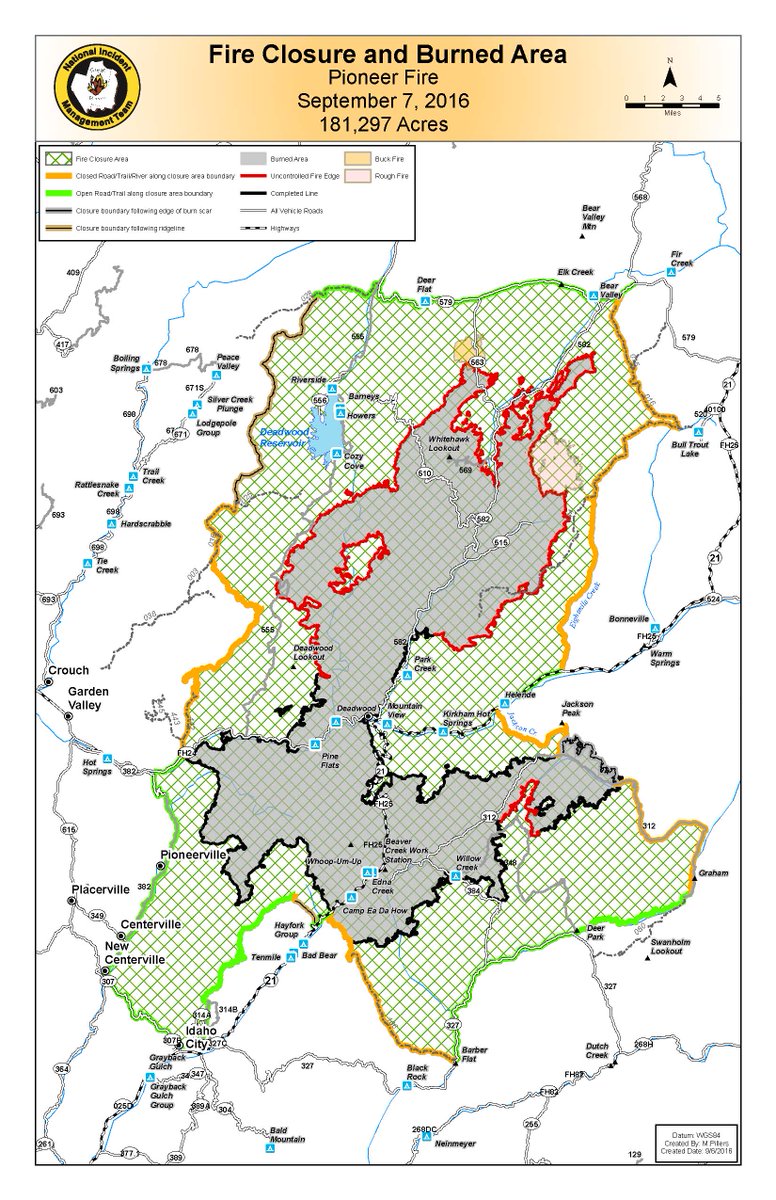 A map of the hard work of containment lines completed by fire crews. (Courtesy: Boise NF)

Fire crews are focused on the NW side of the fire, East of the Reservoir.  A Firefighter Spike Camp previously located in Idaho City was terminated and moved to Bruce Meadows airstrip on September 6th.

A TFR is in effect which restricts all private and commercial aircraft, including drones over the West side of Warm Springs Creek Trail, also known as Trail #147.

Those who may be hiking, hunting or in the area near this fire, here is a map to help guide you where you should be and not in the Fire area.

To seek out additional details on closures in this area, go to http://ttwww.fs.usda.gov/alerts/boise/alerts-notices 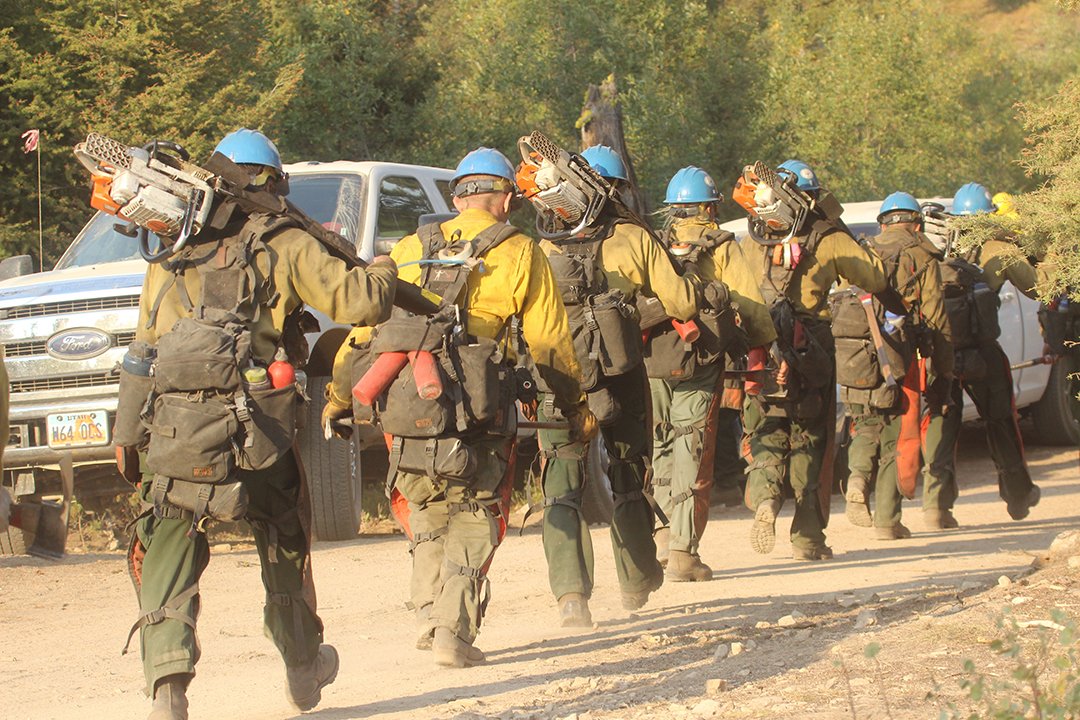 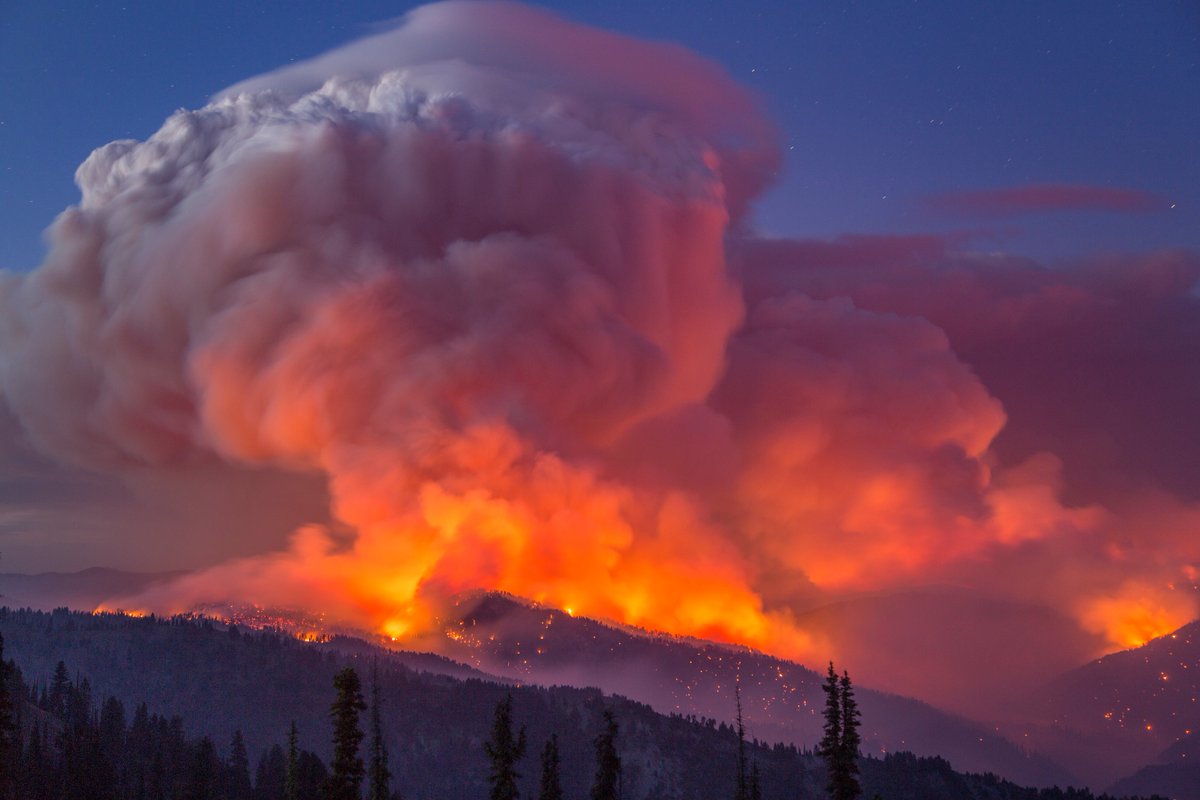 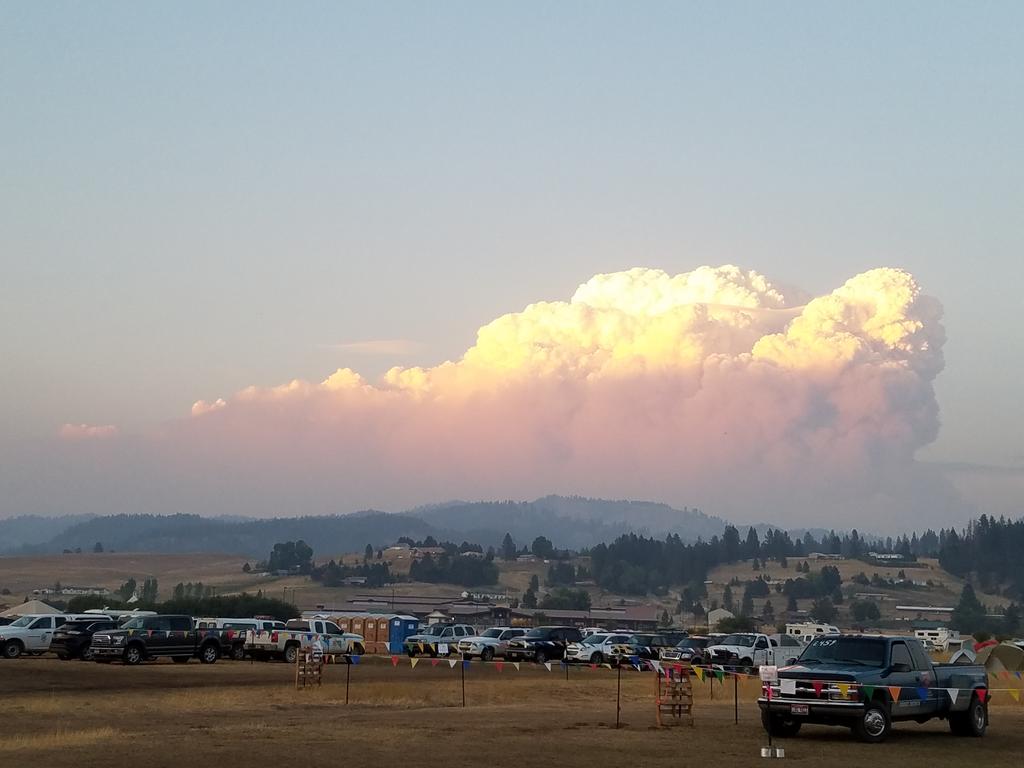 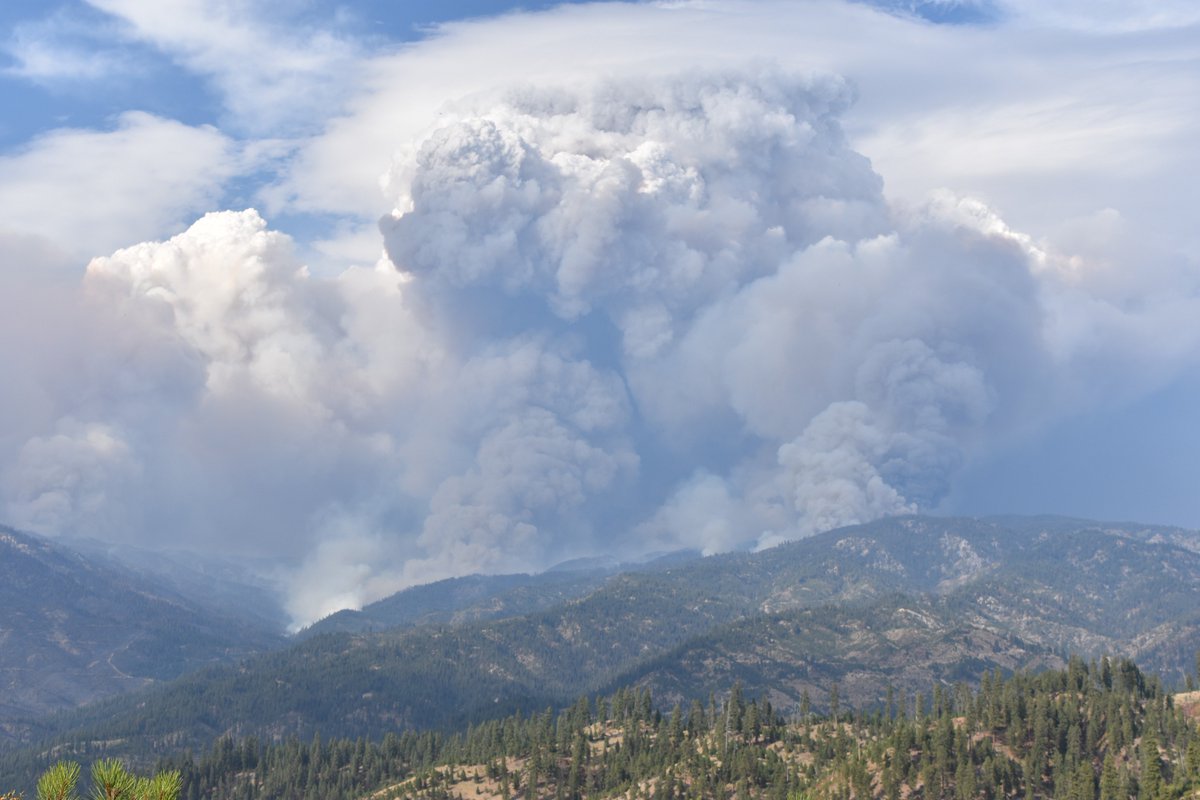 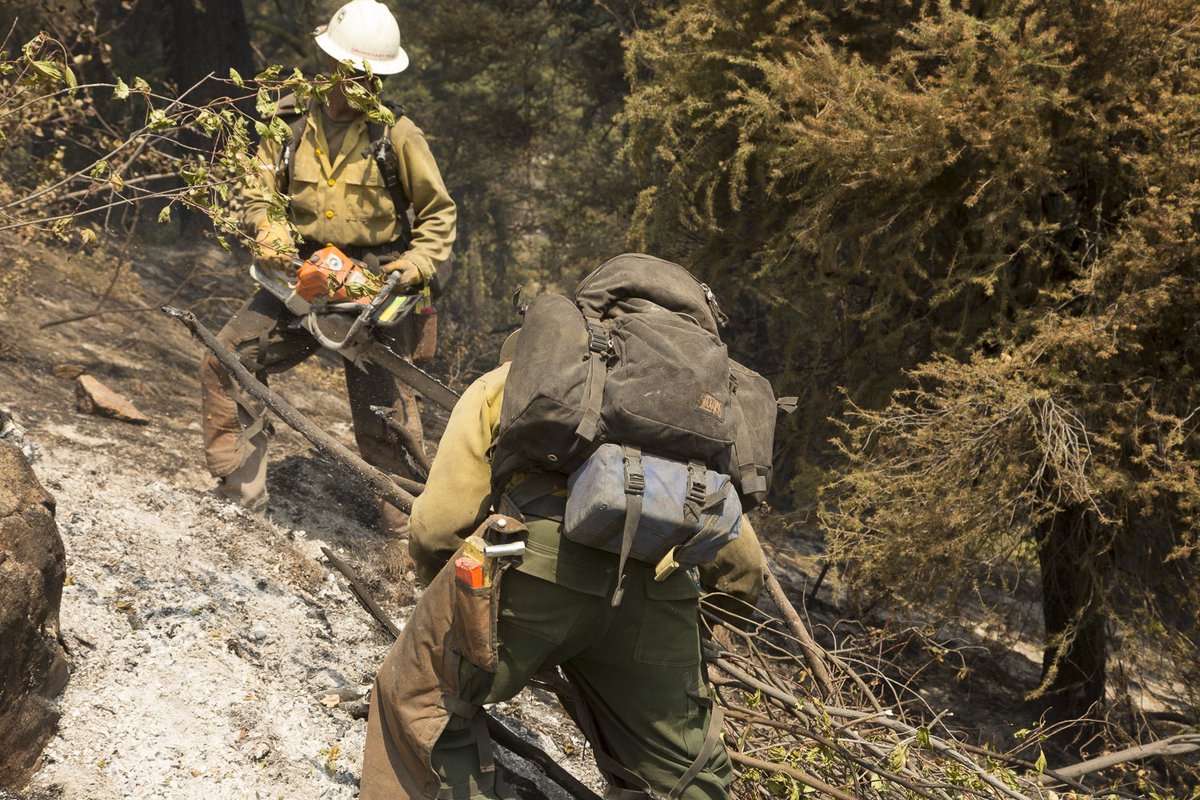 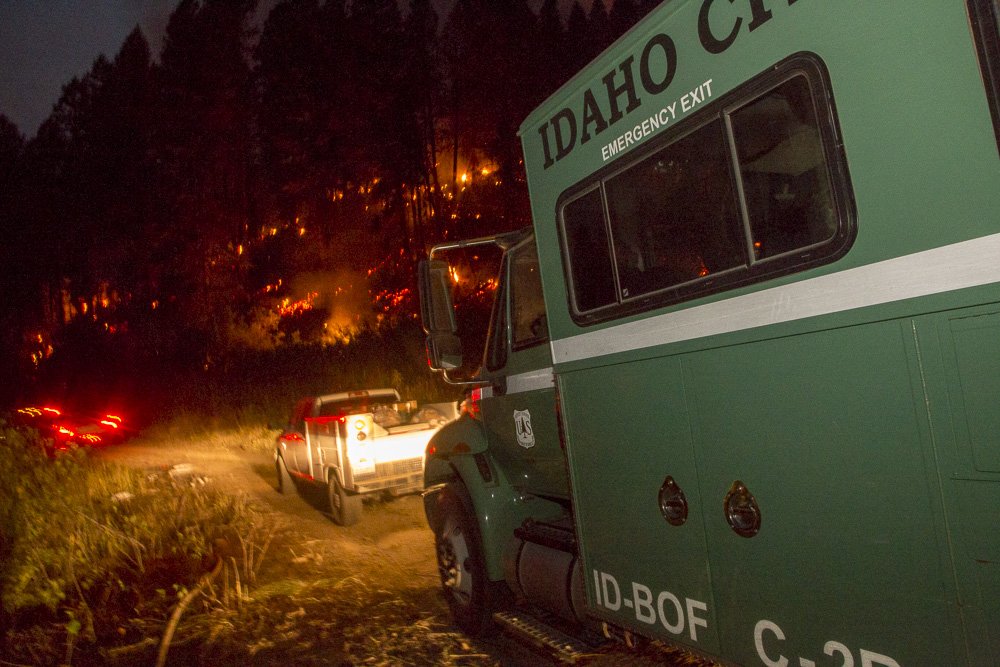 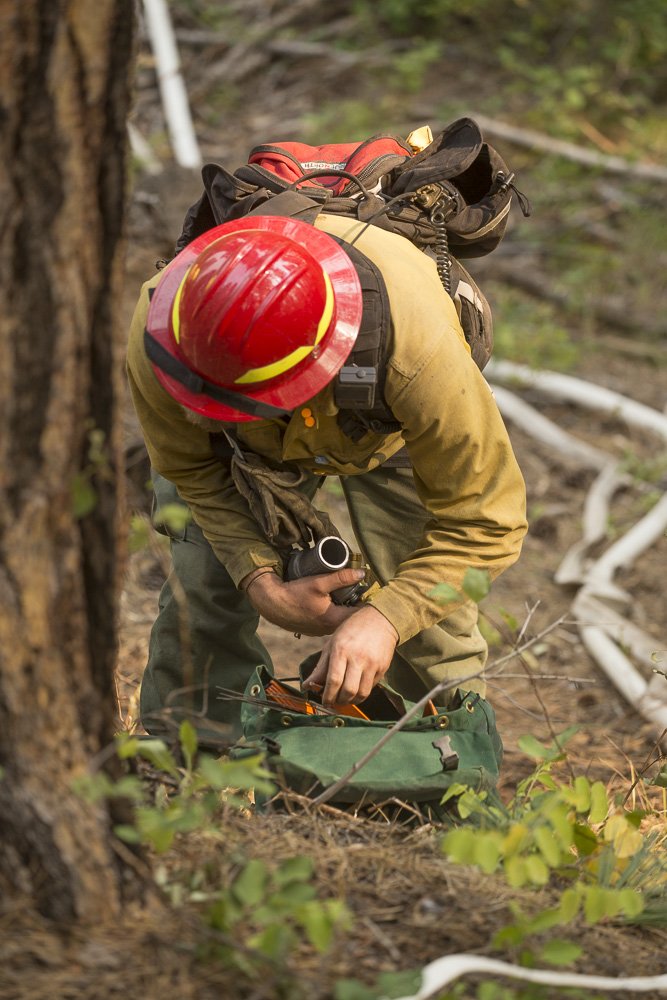 Disclaimer:  #FireImages in this post have been given full Credit/Courtesy to the best of our abilities.  We do not lie claims to these but have been gleaned from governmental sites.