The Imizamo Yethu Fire is located in the community of Imizamo Yethu community in Hout Bay, home to a population of 33,600 people in a densely populated area less than one-square mile.  It is commonly called Mandela Park.

Fire has reached the area that has said to have little to no infrastructure for sustainable living, dismal water facilities, few toilets, no sewage system and the highest E.coli in the whole Country of South Africa. (This river runs through the community)

Located in Cape Town. (Published under license via Wikipedia)

A fire unimaginable is burning down homes and as you can see in the photo below, a fire storm.  This is what residents woke up to this morning about 0930 Hours SAST. (we are 9 hours PST behind South Africa). 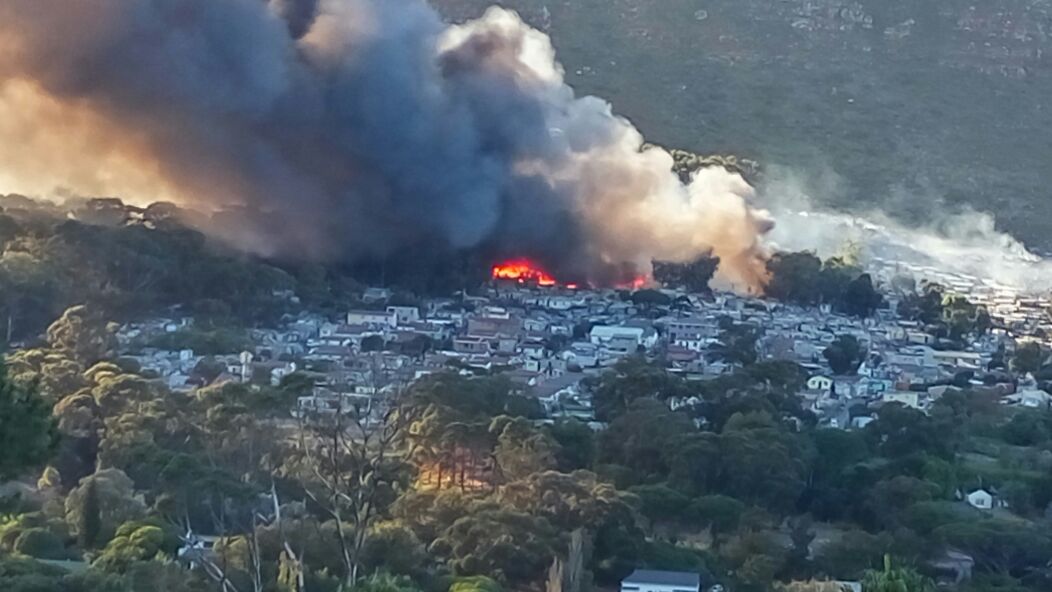 This is not the first time this community has been hit by a large wildfire.  According to records and Social Media, it occurred around U.S. Christmastime in December of 2015 during several days.

However, this time around appears to be more devastating as residents are forced to flee their homes with barely enough time to grab their pets, small personal items and leaving the area.

Some gawkers have come into the area causing delay of emergency vehicles gaining access. Those who are trying to flee and due to no formal infrastructure, residents are loading up their vehicles and blocking responding Fire units.  Online video posted by local Media clearly shows narrow streets and poorly designed structures leaving nothing to the imaginary as we know what this can cause.  Disasters in its own right mind.

The Fire Service is asking those to avoid the area so they can get to the fire scene quickly.  If they are unable to access the scene, the area could go completely up in flames with no barriers to stop it. That could spell complete disastrous for the whole community.

Helicopters are doing what they can with water drops. No details on what aircraft is attached to this incident, nor the number of personnel.  *We are working to get more details from the VWS, the lead fire Agency on this wildfire.* 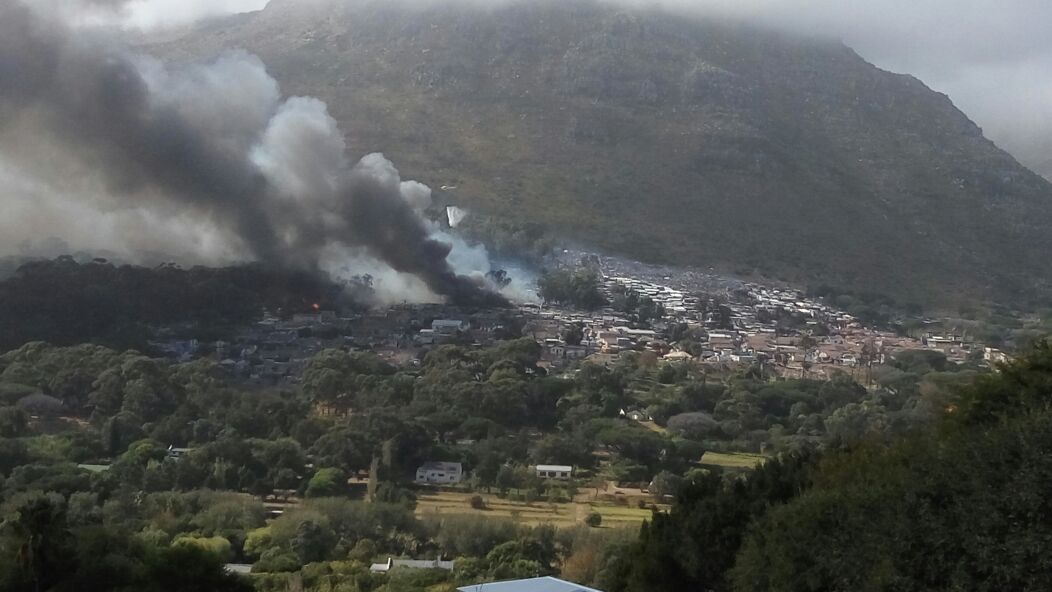 More updates will be posted as we receive them.

What they are saying on Social Media:

“Loud explosions can be heard.  Sounds like a war zone.”

Thank you for reading our post.  Be safe friends wherever you today or tonight.