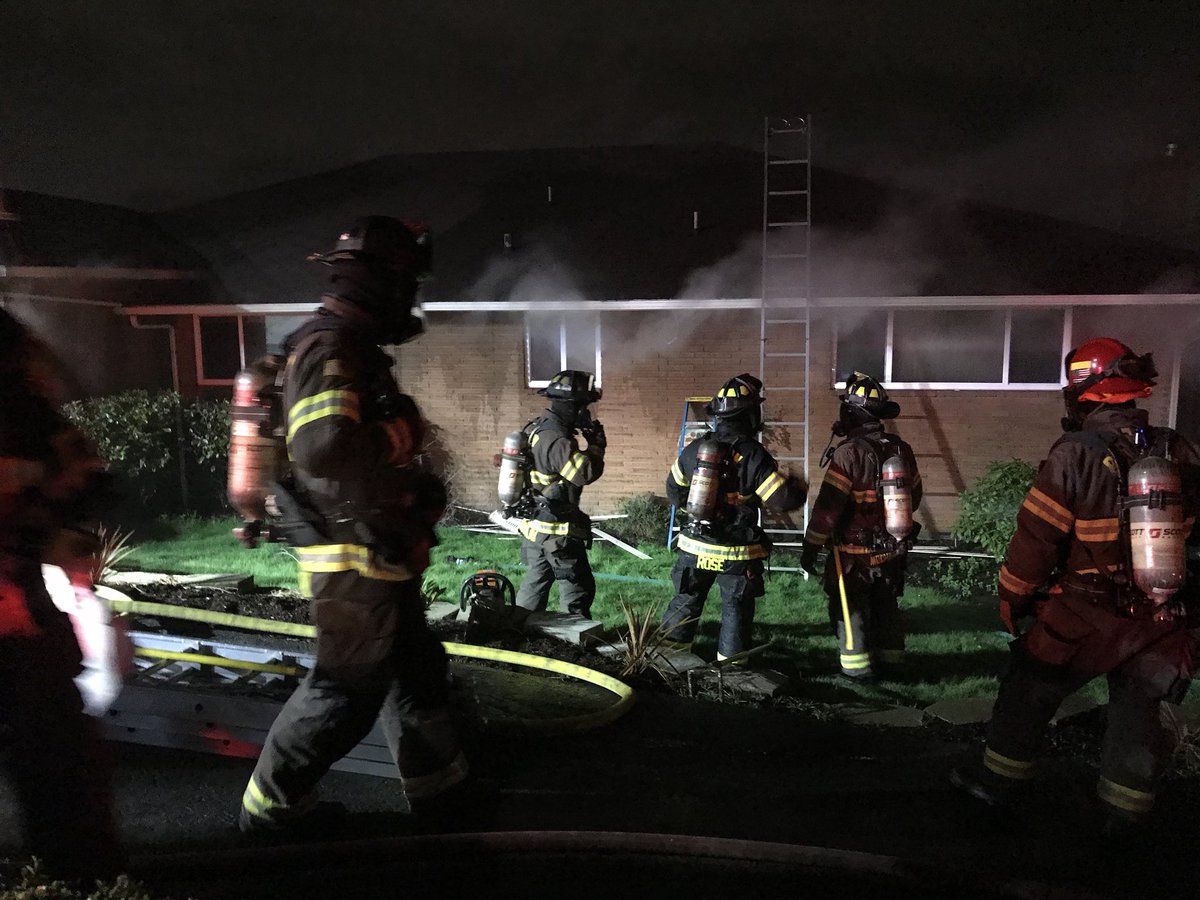 MSO was assigned Medical Group along with REHAB2 and M-5.

L-11 was first due and found smoke from the eves on Alpha and upon a 360* walk around, they found active fire in the daylight basement on the Charlie side.

There were some difficulties from the soft flooring on floor one and a hole found in the basement that led up to that same floor.  Command cautioned crews not to enter the front door alpha side due to the soft flooring making it very dangerous.  Crews were also pulled off the roof as Safety noticed there could be some softening on the roofing as well.

The fire was tapped at 2241 hours PST.  Crews worked on putting out hot spots throughout the structure.

Primary and secondary searches were conducted with nothing and no extensions found.

No cause is known at this time.