VENTURA COUNTY, Calif. – A brush fire broke out today in the 25000 block of WOOLSEY Canyon Road and in the area of E Street and Alfa Road. This is in northwest San Fernando Valley between the City of Los Angeles, Chatsworth and Simi Valley.

Two wildfires:  WOOLSEY FIRE and the HILL FIRE are burning about five miles apart from each other.  (Note: We are covering them as separate wildfires but may have both referenced in a single post).

Fire conditions are reported as very dry with winds getting stronger overnight.  The relative humidity is also very low, meaning there is no change of precip in this forecast.

The timeline of this incident is rapidly unfolding and here are the actions and deployment of resources that are being sent:

1421 PST:  The fire has increased the destroyed acreage to 750 and growing quickly.  There was no containment status at this time.  The fire was said to be still a big threat to Los Angeles County.

1426 PST:   Air Attack was reported as requesting four large air tankers and a lead plane as an urgent need for structure protection.

1429 PST:  P73 reported heavy smoke showing from a distance of .25 miles.  A Security Guard advised the area is being impacted two separated wildfires.  The two wildfires are the WOOLSEY FIRE and the HILL FIRE.

1500 PST:  Those following scanner feed reported the fire has burned 50 acres and burning in medium-heavy fire fuels with a rapid rate of spread to the south to west towards Oak Park.  It has been observed to have long-range spotting.

1736 PST:  BC589 reporting fire has now burned 800+ acres and still remains at a zero percent containment.  Homes in the Bell Canyon area are under direct threat.  Fire is moving in the direction of the Ahmanson Ranch in the Agoura area, which is in the jurisdiction of LA County Fire Department.

1846 PST:  Simi Police are monitoring the WOOLSEY FIRE south of the City. They state the fire is currently not posing any threats to the Simi Valley area at this time. (Source:  City of Simi Valley PD)

1904 PST:  Sheriff’s reserve units are reporting that the fire is located in two areas of Boeing, to the north-east and north-west of Saddlebow. Firefighters are said to be moving the fire to the southwest.  Structure protection being provided by Firefighters and Sheriff personnel in the Saddlebow area.  Resources are also fighting the fire at the Boeing locations.  Make sure to follow this site for fire and evacuation updates.   (Ventura County Alerts)

2012 PST:  Social media in LA County that follows the Fire Department reports: “Fire under command of Ventura County FD.  Reporting fire is at 1500+ acres (some mainstream media reporting up to an unconfirmed 2,000 acres).  0% containment. LA Co FD has many resources engaged in the fire fight and more ready to provide structure protection in the LA County if needed.

2025 PST:  Social Media users (and mainstream media) reporting one of the wildfires is threatening fuel gantries at the Rocket Dyne site. This was reported previously by many news organizations as possibly being the nation’s worst nuclear meltdown.  Some are saying that Mall of America is wanting to raze the property for development.  Others say that clean-up has been delayed many times to the possibility of not seeing the site completely denuclearized/cleaned up until the year 2030.  Fire is said to be near the area causing fears of how this will impact people downwind. 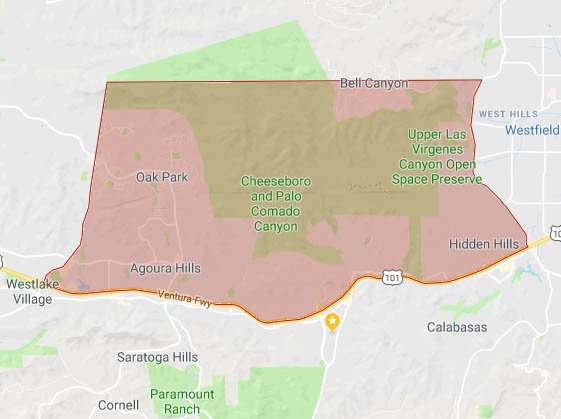 1854 PST –> Mandatory Evacuations for Renaissance and Canyon Oaks Neighborhoods. East of Lindero Canyon Road, North of 101 Freeway, West of Valley Circle Drive.  Evacuation exit –> Evacuees should head South towards the City of Los Angeles.  An evacuation shelter has not been established yet but updates will be provided by the City. (Source:  City of Westlake Village via http://www.wlv.org)

1815 PST –> Sign up for Alerts — Ventura County — Evacuation updates via http://www.cvemergency.com and sign-up for alert VCAlert by texting VCAlert to 313131. (Source:  VCFD PIO)

Fire and Law Enforcement remind you to do the following when evacuating:  “Prepare a bag containing your ID, Meds, Important docs, emergency supplies & a change of clothes.” (Source:  LA County Sheriff’s Office)

Evacuation Shelter – Horses — Castle Rock Farms in Moorpark are offering room for horses impacted by both the WOOLSEY and HILL FIRES.  They can be reached at 805-552-0201.  (Disclaimer:  We have no knowledge of this business and do not lie claim that information listed here is an endorsement for this company.  Always do your due diligence before making any type of financial agreement or give personal info until you have verified their credentials.-Ed.) – (Source:  Castle Rock Farms)

2021 PST –> Presidential Emergency Declaration Requested — Acting Governor Gavin Newsom sent a letter to the President and FEMA requesting a Presidential Emergency Declaration for Direct Federal Assistance to support the communities impacted by the wildfires.  This includes assistance for the CAMP FIRE in Butte County, HILL and WOOLSEY FIRES in Ventura County, the NURSE FIRE in Solano County and other wildfires in Lassen and Mendocino. (Source:  CA Association of Counties)

1904 PST –> Classes Cancelled — All Senior classes have been cancelled at the Calabasas Civic Center and Founders Hall.  Parking being shutdown. 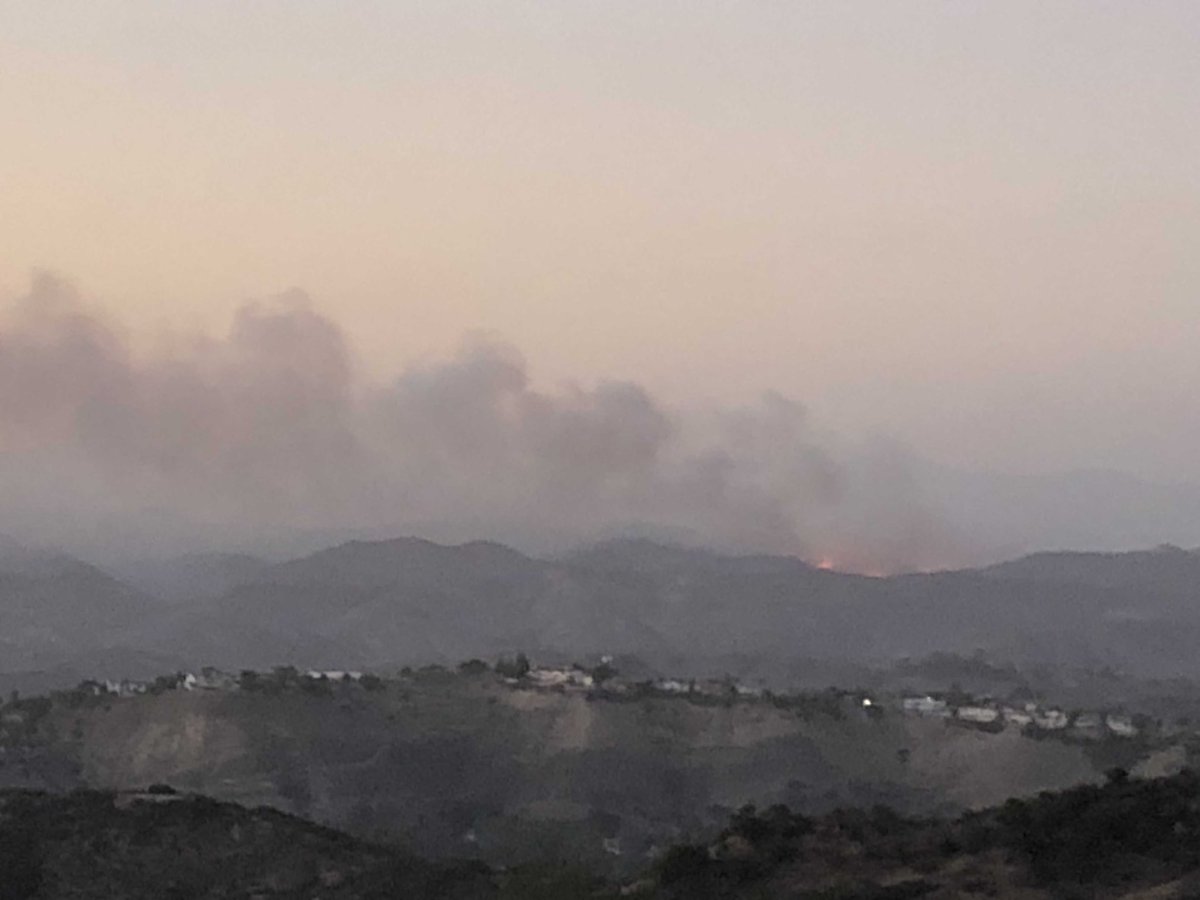 We will be updating on this site as information is received.  We would love if you would follow us on our Twitter page @nwfireblog for additional updates.

We are thinking of those in California as they now face a different threat of wildfires after being impacted by the Thousand Oaks shooting.  Please keep all in your thoughts and prayers. We thank you for reading and following our Blog. – Ed.