East Pierce Firefighters were dispatched to the Alder Ridge Apartments located at 2800 Alder Street in Milton, Washington around 1828 hours this Tuesday evening (December 26th)  for a fire that broke out in this senior living community.  The fire was escalated rapidly to a 2nd alarm response. 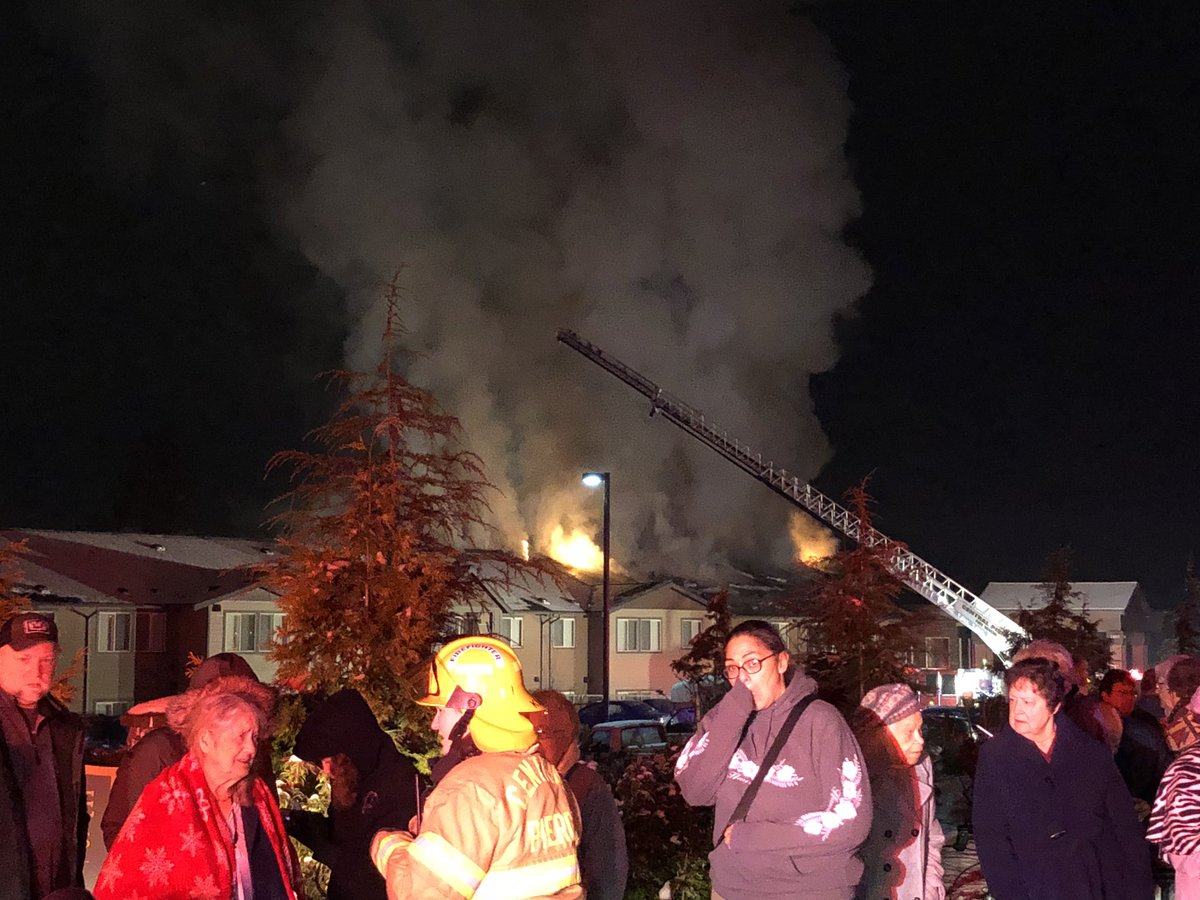 Seniors were all evacuated from the building around 1907 hours PST.  No injuries were reported.  There is approximately 150 displaced elderly residents from this Senior Assisted Living Facility.

Firefighters were in an offense fire attack as they were evacuating elderly residents from various apartments units.  Fire crews were reportedly going defensive as of 1938 hours and pulling out of the fire building.

Firefighters were making good progress on various area of the fire around 1957 hours PST.  Command advised crews to go offensive to attack and check the attic for any fire. around 1959 hours PST.