A destructive tornado hit the north side of the City of Dallas in Texas on Sunday evening and with more storm raising activities in early part of Monday morning.

Reports of roofs being blown off houses and structures, as well as collapsed structures and to infrastructure, the City of Dallas has a lot to be thankful for today.

Its First Responders took the bull by the horns and kept its citizens safe from being further harmed by the Fall destructive weather storms.

There are currently no needs at this time.

If you wish to help those impacted by this storm, consider donating to the City of Dallas Emergency Assistance Fund. https://dallemerasstfund.kimbia.com/dallemerasstfund

Emergency Management staff will continue to monitor the respite center for those who sought shelter at the Bachman Rec Center. There are currently 12 evacuees in the shelter.

Sanitation Services is using 311 data to identify high-volume call areas for contractor pick-up. We encourage residents to dial 3-1-1 or use the Our Dallas app to report damage or downed trees.

Missing Pets | If you are missing your pet in the wake of the storm last night, please call 3-1-1 to report file a missing pet report.

The City of Dallas Fire & Rescue Station 41 suffered extensive damage to its building but no firefighters inside were injured or killed.

Firefighters will continue to assess damage across the City.  There were three persons transported to the hospital with non-life threatening injuries. 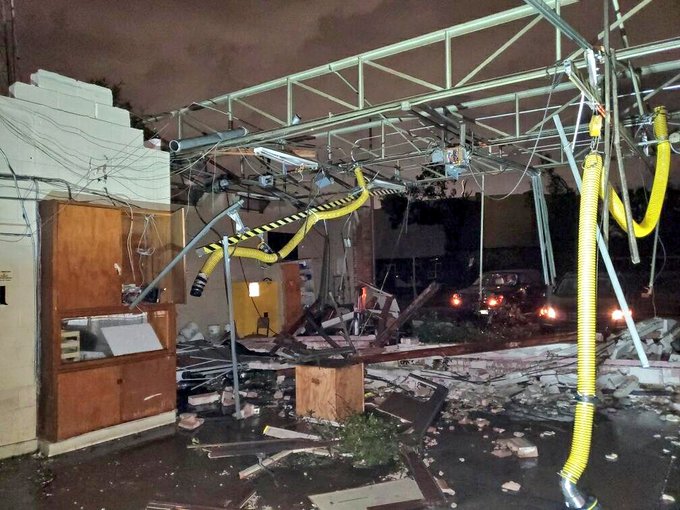 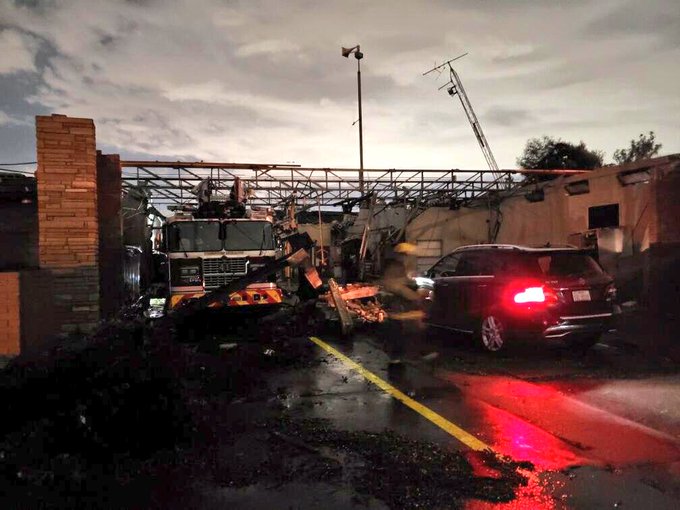 Police were going to neighbors homes in various areas doing doorknocks to check on residents.  They were also seen in busy intersections without traffic signals doing traffic control.  It was a very busy and dangerous time for all First Responders out in the storm and aftermath.

There were about 65,000 customers without power.  Some media outlets were reporting power out to about 140,000 – 150,000 customers in variations of storm coverage.

A destructive tornado hit the north side of the City of Dallas in Texas on Sunday evening causing roofs to be blown off of homes, ripping a shopping mall into pieces, collapsed structures and other major damage to infracture.

Some unconfirmed reports are stating the Tornado may have been as high as an EF-4, but it won’t be for another few hours to days to hear what the actual speed of this destructive tornado was.

The Dallas City Mayor states there are 65,000 without power. There were no deaths and no serious injuries.

The City of Dallas Office of Emergency (EOC) was activated for this major incident across the City. They stated sirens were sounded for the tornado that hit the northwestern and northeastern areas of the City. 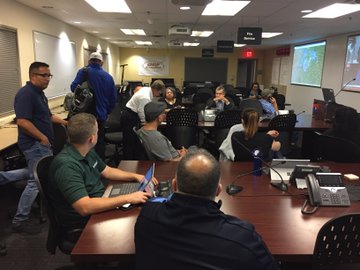 There are many volunteers along with government officials whom are staffing the EOC center. They will continue to be activated as long as this incident continues.

We heard the following responding to calls of service for this tornado ravaged area of the City.

The folllowing were dispatched/assigned to calls (the ones we could hear over Scanner Traffic) but may not be limited to:

The Dallas FD began implementing their Search & Rescue protocols from street-to-street in looking for victims and reporting damage to homes and structures throughout the northern areas of Dallas.

Fire apparatus would find it difficult to go to the dispatched call due to large debris and downed power lines blocking their pathway.  Some would remain at their last known location and looking for victims in the area.  It sounded like there were several walking wounded and those who would be rescued from their damaged homes.

This tornado hit in a heavily populated area injuring many people.

Fires to homes and cars were also called into the Fire Department along with gas leaks. Though the incident has since slowed since the tornado hit the area on Sunday evening, there are still tornado and adverse weather warnings being sent out by various weather spotters and news media.

Dallas Police and the Fire Department members are working tirelessly throughout the night and into the next day to conduct damage assessments to homes, buildings and infrastructure.

There are 35 signals reported that are inoperable. Residents should call 3-1-1 to report a non-working signal.

If you’re in an area with storm damage, stay indoors and safe if possible. There are trees and power lines down along with other debris in the area. Please use caution if you have to be out. – City of Dallas EOC

If you don’t have a reason to travel in north Dallas, specifically near Dallas Love Field, Preston Hollow, and near the High-Five interchange, it is best to avoid. Lots of debris and power lines down. Significant damage to homes & businesses. – Local Scanner User

The following school classes have been cancelled for Monday, October 21st according to the Dallas School District (@dallasschools):

“I-35 in north Dallas, Texas is littered with vehicle debris.” – Media

“A lot of damage off Royal near St. Michaels.” – Media

“The local Home Depot has been literally destroyed.” – Media

“On I-35…Texas is littered with vehicle debris following the suspected tornado that touched down tonight.” – Eyewitness account

Oak Cliff, TX | A large warehouse is burning in the 4200 (or 4100) block of Mint Way in the borough outside of the City of Dallas.  The commercial structure fire prompted the HAZMAT unit as initially thought to have been storing chemicals inside.  It would be later discovered that it is plastics burning causing heavy fire and smoke.

There are currently three aerials working at this time.  Five lines currently are over nearby RR tracks.  All train traffic has been halted due to this fire and apparatus blocking tracks.

The building has had a partial roof collapse.  Multiple fire units are working to control the blaze and stop any extensions.  Additional fire companies are en route with some three to twenty minutes from the fire scene.

Some road signals are out due to power outages in the area.

Current weather conditions are temps of 76*F, 60% humidity and winds at 18 mph.

The cause of the fire is unknown at this time.

Hashtag being used for this fire is #OakCliffFire.  For *Live* coverage of this incident, follow us on Twitter @nwfireblog as we are providing fire news coverage.

Oak Cliff is a 39.116 square mile borough with approximately 206,777 population that is located just outside of the outskirts of Dallas, Texas.

The City of Dallas, Texas has been hit hard by multiple incidents this past week and it does not seem to be getting any better for their residents throughout the City.  And, we know you know which incident we are talking here.

The story of 11 Dallas City and DART Police Officers who were protecting those having a “peaceful” protest in Downtown Dallas when several snipers opened fire upon the Officers.  Five Officers were murdered, several others critical and one with non-life threatening injuries.

This post is to not further highlight the event but it is one that has weighed heavily on all of our hearts, souls and minds, but to touch other Communities touched within Dallas and the grief they all began to feel prior to the Downtown Dallas shootings. McCullers was working an off-duty private Security job at a construction site, when Officer McCullers and his vehicle were swept away by high flowing water near Turtle Creek in Highland Park.

HOW TO HELP THE OFFICER’S FAMILY

The McCullers family has established the Officer Mark McCullers Memorial Account at any Wells Fargo Bank branch. If you’d like to donate to them, you may go to any branch.  Please use account #9976436577.

ABOUT SMU IN A SNAPSHOT

SMU is a private research University that is located in Dallas, University Park and Highland Park.  It was founded in 1911 by the Methodist Episcopal Church.

Winds in excess of 50 mph are pounding various area in Texas.

There are many reports showing winds are blowing from 50 – 70 mph in some areas and Emergency Management personnel are warning those of impending damage. 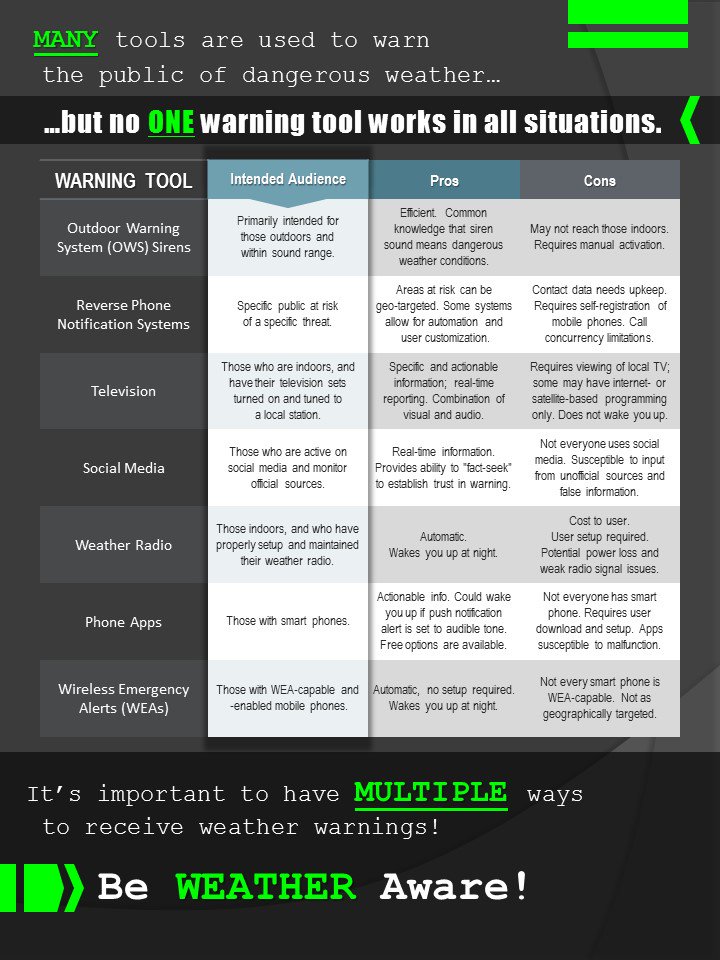 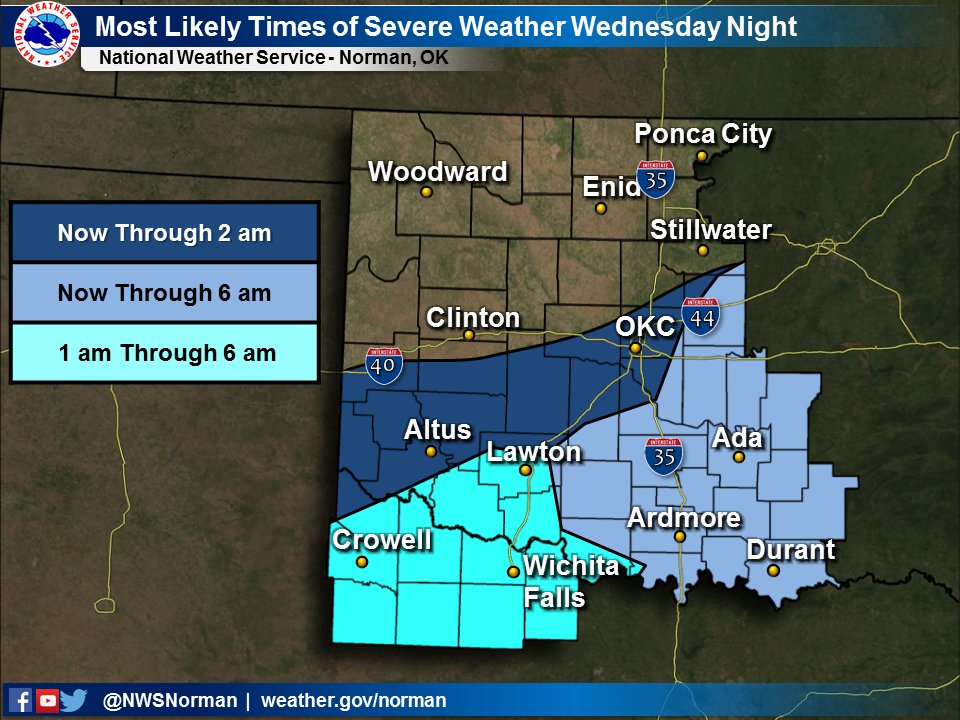 Updates will come as we receive them.

Dallas TX | Texas Pecan Company Inc has issued a recall of their product due to possible Salmonella.  The FDA has posted the recall on their site at http://www.fda.gov/Safety/Recalls/ucm442042.htm.

Consumers who have purchased 8 ounce and 16 ounce bags of Macadamia Nuts, Executive, Junior Executive, Sweet-N-Salty and Mini Sweet-N-Salty are urged to return them to the place of purchase for a full refund. Consumers with questions may contact the company at 972-241-7878, Monday thru Friday between the hours of 8:30am to 5:00pm central time.