A wildfire was sparked on Friday night around 2030 hours MST on February 5, 2021, from a human-caused ignition near a structure that would spread into the Lincoln National Forest and near Spring Canyon in Raton, New Mexico.

On Day 1, the fire had burned five acres on Friday, February 5th. Today, being Day 2 – the fire has been mostly contained and hot spots are being extinguished.

Water tenders and dozers continue to overhaul the area within the fire perimeter. Line around the fire has been fully established and continues to hold.

On Sunday, fire crews will continue with mop-up operations and secure the perimeter.

One building was burned.

A wildfire was sparked on Friday night around 2030 hours MST on February 5, 2021, from a human-caused ignition near a structure that would spread into the Lincoln National Forest and near Spring Canyon in Raton, New Mexico.

The fire initially burned about five acres of ponderosa pine and grasses on Day one, but has now burned up to 17 acres. The containment status at the time of this post is unknown.

Resources include two-Type 6 engines, numerous Volunteer Fire Districts and an unknown number of personnel responding to the scene.

Current weather report is that the temps have dropped to 19*F degrees, with winds at 10 mph and humidity at 45-percent. Skies are clear and sunny. The weather has been forecasted to be 24*F as the high and 15*f as the low for the day. Temps will start warming up to a cool 32*F and higher on Sunday through Wednesday.

A new wildfire has been detected in the Lincoln National Forest in Spring Canyon on private land and on Federal lands, that had ignited on February 5, 2021.

The fire has burned approximately five acres of ponderosa pine and grasses. The containment status is unknown at the time of this post.

Resources include two-Type 6 engines, numerous Volunteer Fire Districts and an unknown number of personnel responding to the scene.

The fire was said to have started near a structure near the town of Sacramento which quickly spread to the adjacent Lincoln National Forest. It is located in or near Spring Canyon.

Winds have been reported at 12-30 mph and are causing the fire to be wind-driven. Temps are in the mid 30’s and humidity is around 30-percent. It is expected to remain as such throughout the night.

There has been 222 acres of ponderosa pine, needle cast and grass, which has been destroyed. It is being reported as moving in a northwest and northeast direction.  Fire Officials are monitoring the fire and is currently not fully staffed.

Smoke is visible from the Gila Cliff Dwellings National Monument, the Upper and Lower Scorpion Campgrounds and Woody’s Corral.

A wildfire named the SPRING FIRE is burning on the Gila National Forest, about 44 miles north of Mimbres, New Mexico.

About 2,200 acres of timber and short grass have been scorched.  This incident is being managed with a strategy other than full suppression without a Type 1 or 2 IMT team.  Crews have reached a 10% containment status.

There are 53 total personnel assigned with one crew and five engines.

Fire started on June 30, 2018, by lightning about 4 miles northeast of Saddle Mountain and is south of Aspen Mountain near the Flying T trail in an inventoried roadless area on  Gila National Forest lands.

There are currently 276 fire assets assigned on this incident.

Fire behavior has been low to moderate with single-tree torching.  It has mostly spread is to the north and east while being visible from Alma, New Mexico along the US Hwy 180 corridor through Luna.  Those may be able to see smoke from Alpine Arizona and the Rancho Grande subdivision.

Fire has consumed 4,018 acres.  There is no known containment status at the time of this posting.

The fire is burning in Sardinas Canyon, about 18 miles southeast of Taos on Camino Real Ranger District on the Carson National Forest.

The fire has consumed 2,307 acres of aspen, hi-altitude mixed conifer and sub-alpine pine.  Crews have reached a successful 12% containment status but still focusing on the fire suppression objective of 100%.

Fire Officials have ruled this to be human-caused but its exact point of origin or cause is still being investigated.

A TFR or temporary flight restriction over the fire is in effect.  As reminder :  No Drones in Fire Zones as this will cause existing assigned air craft to land and operations cease putting lives and property in danger.  #NoDronesInFireZones

There are currently 164 personnel with the assistance of three crews, seven engines, two dozers, 3 helicopters, 3 water tenders, one grader, one ambulance, one rapid extrication module and a single skidgen.

There are currently three engines and one Interagency hotshot crew assigned with a total of 35 fire personnel.

Fire is burning in brush and dead standing trees.  It was ignited by lightning and crews have been successful in limited the rate of spread for this fire, holding it at three acres.

The fire is burning in the old scar  of the Scott Able Fire.

Behavior is very low intensity, creeping along the ground and burning dead and down logs as well as debris.   Rain fell over the fire ground and more is in the forecast in the upcoming days.

MESCALERO, New Mex. – A wildfire was detected on Thursday, June 7th at 1500 hours PDT from an unknown human-caused.   It is currently under investigation.

On June 8, the fire had extreme fire behavior with minimal spread.

The wildfire is located about one mile north of the town of Mescalero in Soldier Canyon on BIA (Bureau of Indian Affairs) tribal lands on the Mescalero Apache Reservation. 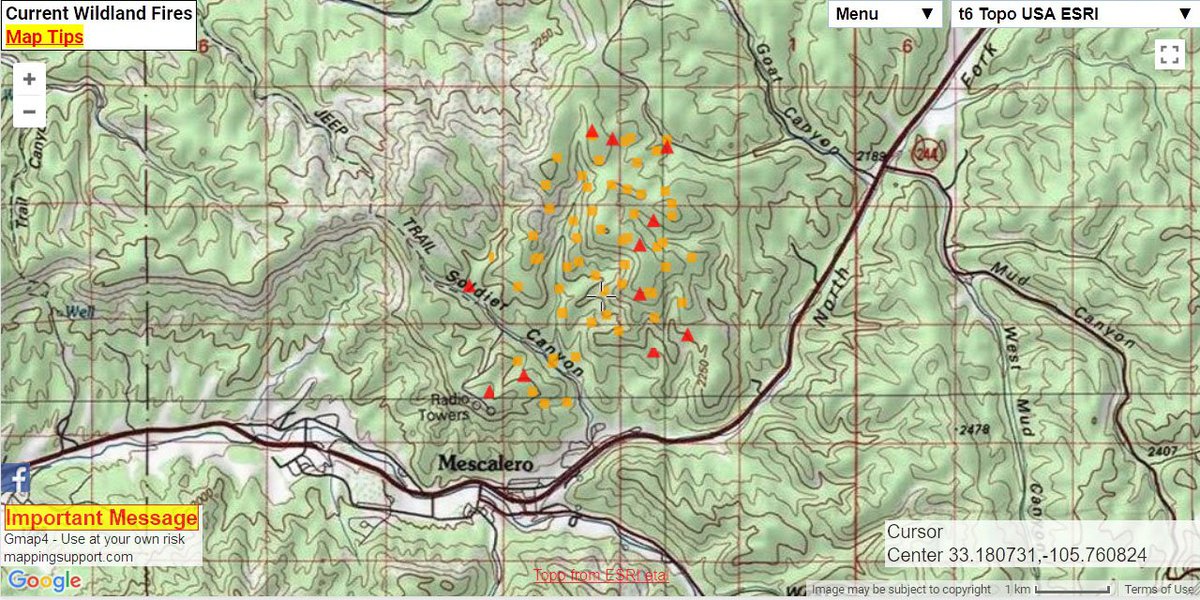 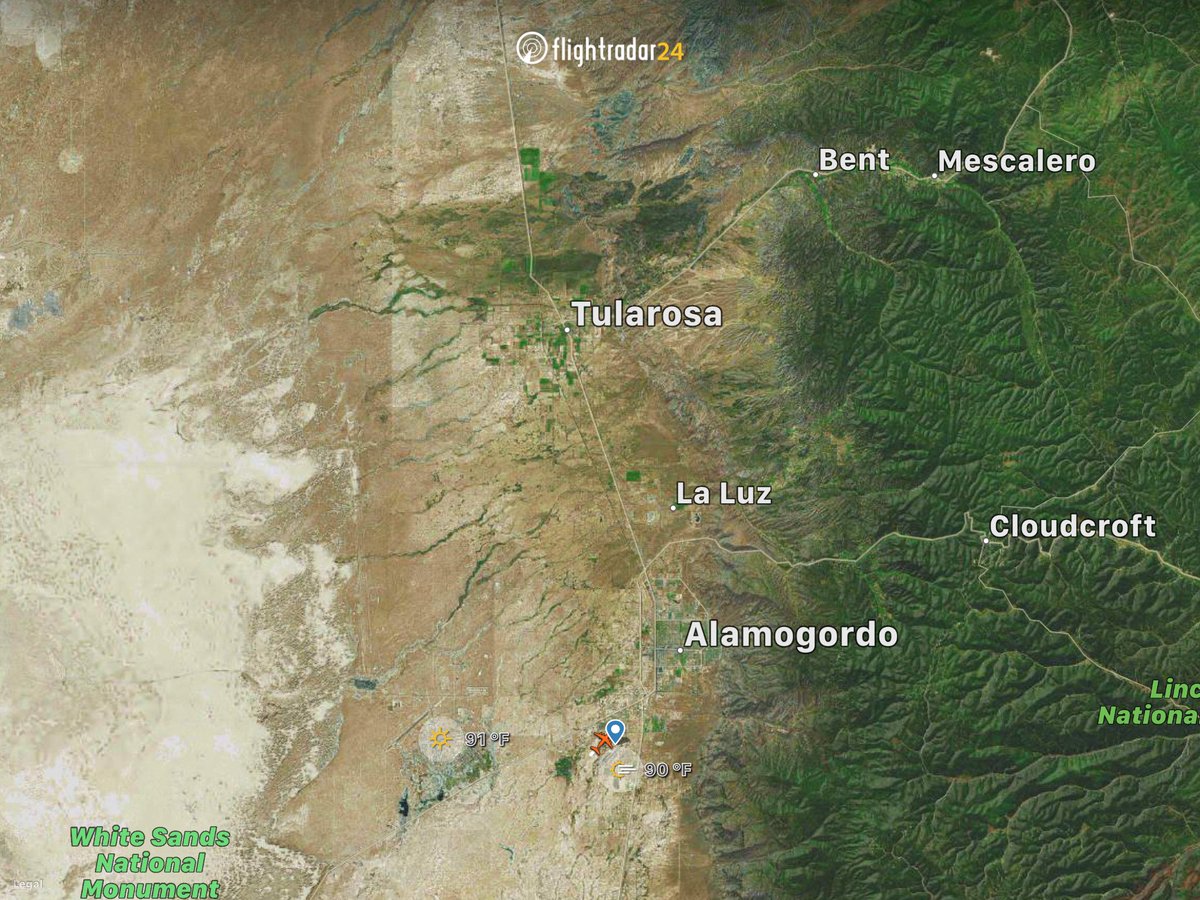 Thunderstorms are expected for the area that may bring light rain and erratic winds to the fire area.  Some crews are on stand-by ready for any new starts that may appear in the area.

Fire danger is extremely high and restrictions remain in place for the Sacramento Mountain Range and Mescalero Apache lands.

RESERVE, New Mex. – A human-caused wildfire named the Buzzard Fire started on May 22, 2018 that is located 10 miles NE of Reserve and north of the Eagle Peak Lookout on the Reserve Ranger District of the Gila National.

The men and women who have been working tirelessly meet for a 0600 briefing. Photo Credit | USFS

Drone Awareness | Fire Officials cannot express how much this pains them to continue to warn the Public about Air Safety Awareness each time a wildfire happens and seeing the possibility of a drone flying in the fire zone.

Please take this information to heart.  Drone Operators, nothing personally but if you fly in these areas, it will be.  Please #NoDronesInFireZones. Seriously, it is all about protecting the lives and properties of those that may be impacted by your decision-making.