YAKIMA, Wash. | An RV fire reportedly sparked a brush-turned-wildfire on Sunday, June 2, 2019 in the late morning.  The fire was said to be about 1.7 miles southeast of the Squaq Rock Campground.

Fire crews and equipment was quickly dispatched via the Central Washington Interagency Communications Center from Yakima City FD, County, WA DNR and Nile FD to approximately 1-1.5 miles up Bald Mtn. Rd and located between Mileposts 103 and 104 off of Hwy 410 in Yakima.

The fire was stopped heading south down to 410 but it continued to move uphill and burning on the hillside above.

Firefighters egressed on the RV fire putting it out and immediately going into mop up operations.

The size of the fire was reportedly approximately to be three acres.

YAKIMA, Wash. | An RV fire reportedly sparked a brush-turned-wildfire on Sunday, June 2, 2019 in the late morning.  The RV was said to be blocking the Bald Mtn Road and was found to be on fire.

Fire crews and equipment was quickly dispatched from Yakima City FD, County, WA DNR and Nile FD to approximately 1-1.5 miles up Bald Mtn. Rd and located between Mileposts 103 and 104 off of Hwy 410 in Yakima.

The fire was stopped heading south down to 410 but it continued to move uphill and burning on the hillside above.

Firefighters egressed on the RV fire putting it out and immediately going into mop up operations.

The size of the fire was reportedly approximately to be three acres.

The fire is burning about nine miles north of Reardan in Lincoln County, Washington State.

Around 1750 hours, the fire behavior had increased to torching and running. burning about 20-25 acres.

Level 3 evacuations were in effect for those around the Moore Road and 231.

The fire has burned approximately 19 acres and crews have successfully reached a 60% containment status.

A wildfire named the CUTTHROAT FIRE is burning about 13 miles west of Mazama, in the Methow Ranger District which was detected on July 29, 2018 and reported at that time as a 125-acre.

Resources deployed on Sunday, July 29th at that time were a 20-person crew, smoke jumpers and a helicopter dropping water as well as water tanker dropping retardant over the fire line.

During that time, 6 trails were closed including the Pacific Crest Trail at Rainy Pass due to the wildfire.

Fire has burned 25 acres which is located in heavy timber and inaccessible area of the Methow Valley Ranger District.

The fire was started by lightning which roared over the dry lands this past weekend ignited this fire and 21 other fires. Most have been kept small and are out or holding to less than .5 acre.

Closures in the area including the following locations due to the wildfire burning in the area: 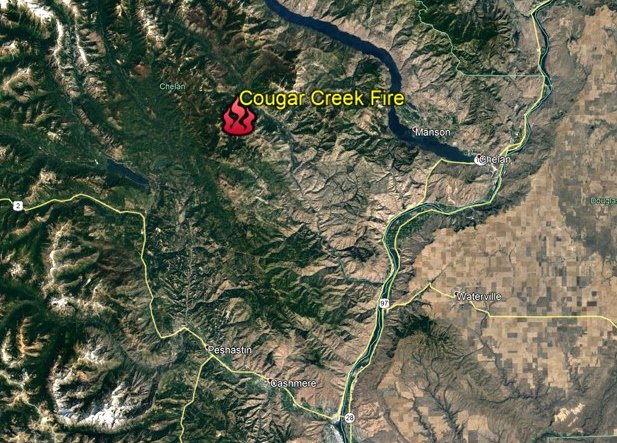 A wildfire is burning about 20 miles northwest of Entiat and near Plain. It is burning in the Mad River area on the Entiat Ranger District.

It was detected July 29, 2018 and started by an unknown ignition. Cause is still being determined and is under investigation.

A wildfire is burning near 25 Mile State Park on the south shore of Lake Chelan, Washington.  It is burning east of the intersection of Hal and South Lakeshore. 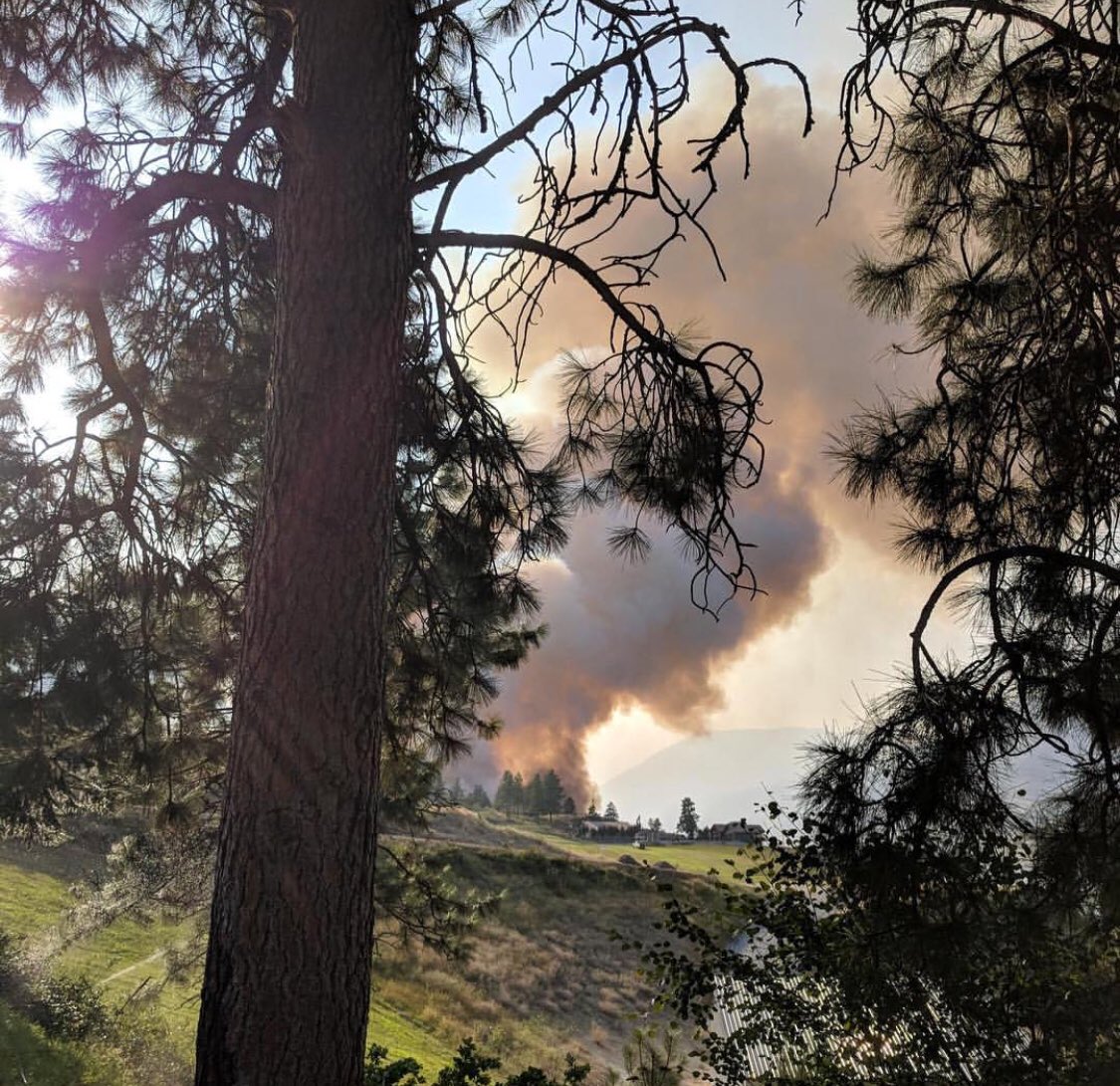 LEVEL 3 EVACUATIONS (LEAVE NOW!) have been issued for the following areas:

RESOURCES include engines, hand crews aircraft that have or are currently en route to the area.

FIRE SIZE is currently said to be at approximately five acres and growing.

CAUSE is unknown at this time.

SOCIAL MEDIA hashtags being used for tracking purposes are #25MileFire and #WAwildfires2018.

Fire has burned 1,842 acres and crews have successfully reached a 97% containment status.  There are 244 personnel assigned along with 4 crews, 34 engines and 0 helicopters. 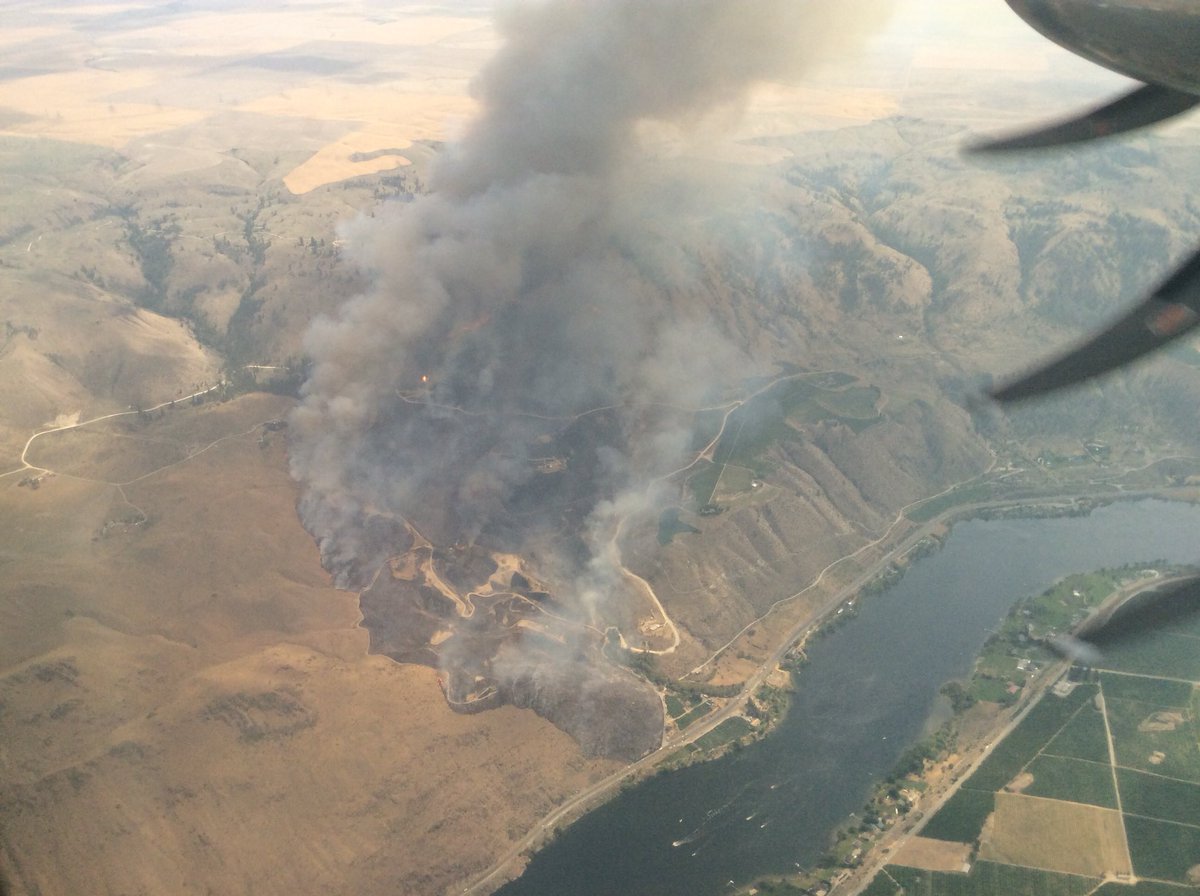 2 primary homes and 1 vacation homes, along with several outbuildings, crops and wheat fields were damaged.

The fire has burned 1,842 acres and has reached a 40% containment status.

There are 130 firefighters assigned to this incident and today, will be tasked with continued containment efforts throughout the day, along with air resources when needed.

WSP states there could be traffic delays on SR 97 as fire activity could impact roadways off and on today. 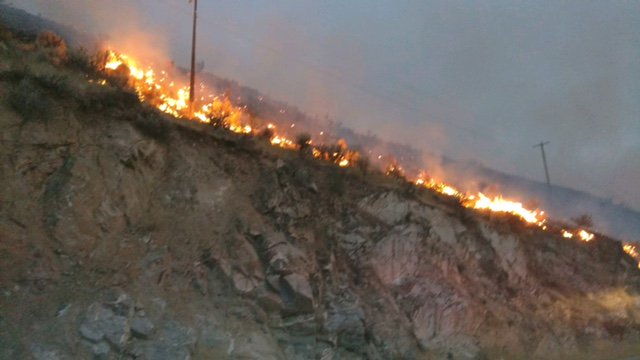 Boaters are asked to remain clear of the area used by the planes and helicopters for dipping water. 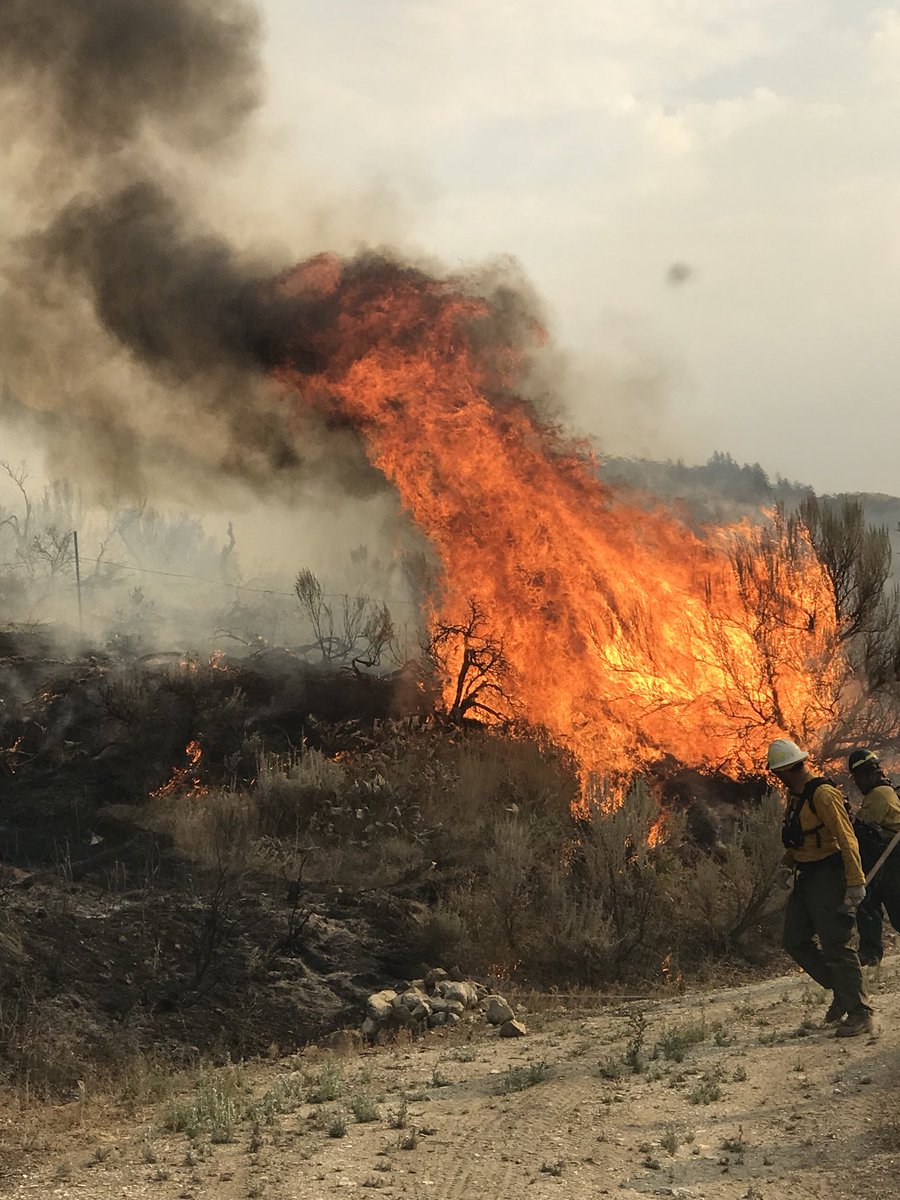 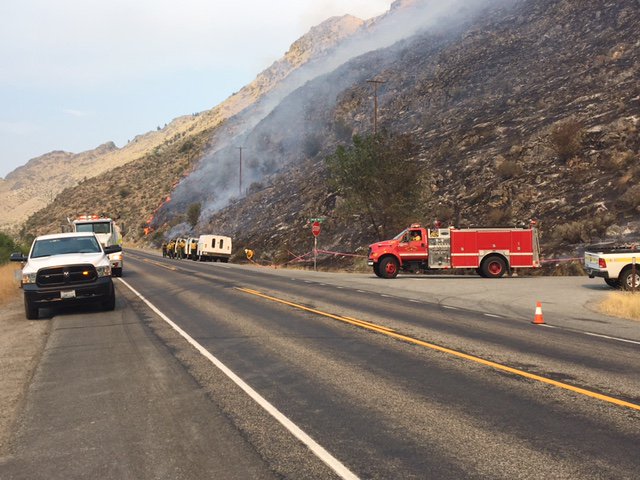 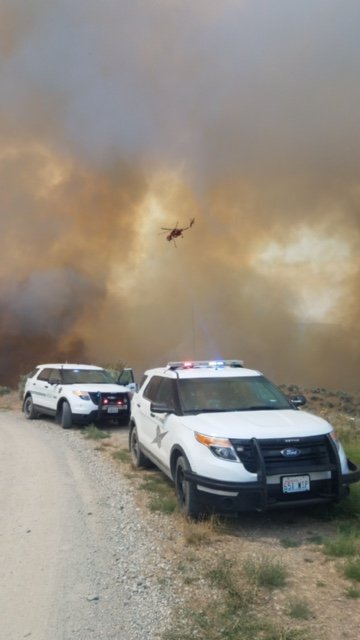 Fire tactics today will include heavy usage of fire suppression aircraft all day to keep fire in steep canyons.

Fire has burned an estimated 500 acres. 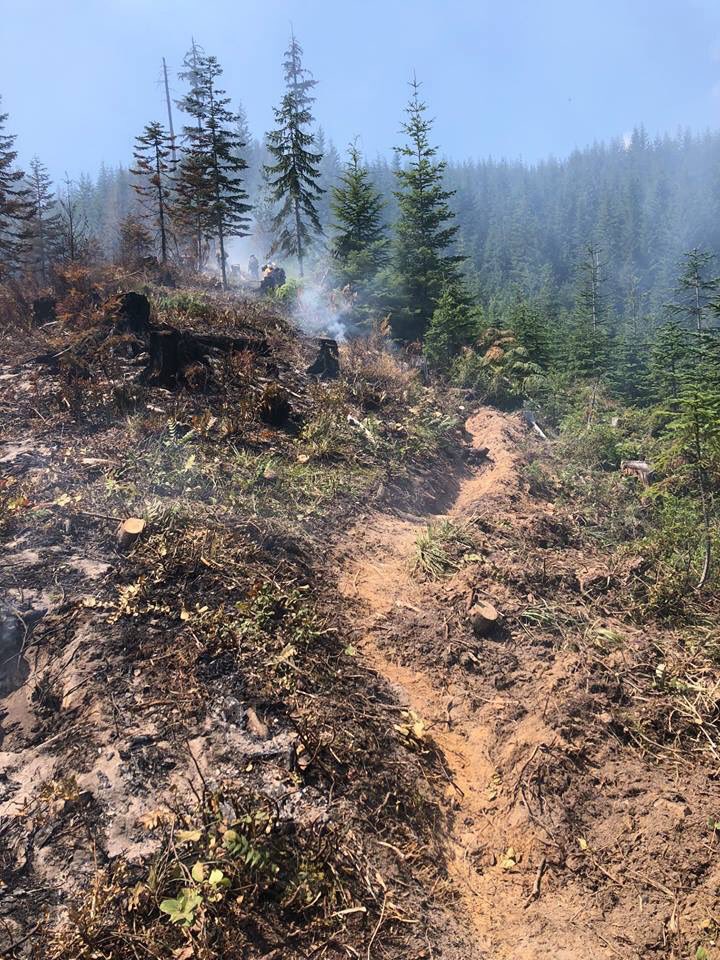 On August 4th, DNR Officials stated the fire has burned through 68 acres with only 43 personnel assigned.  This was due to the number of even larger wildfires in the region and across the nation where firefighting resources have been somewhat limited.

The Western WA IMT was said to be returning to this incident on August 5, 2018, which did occur. 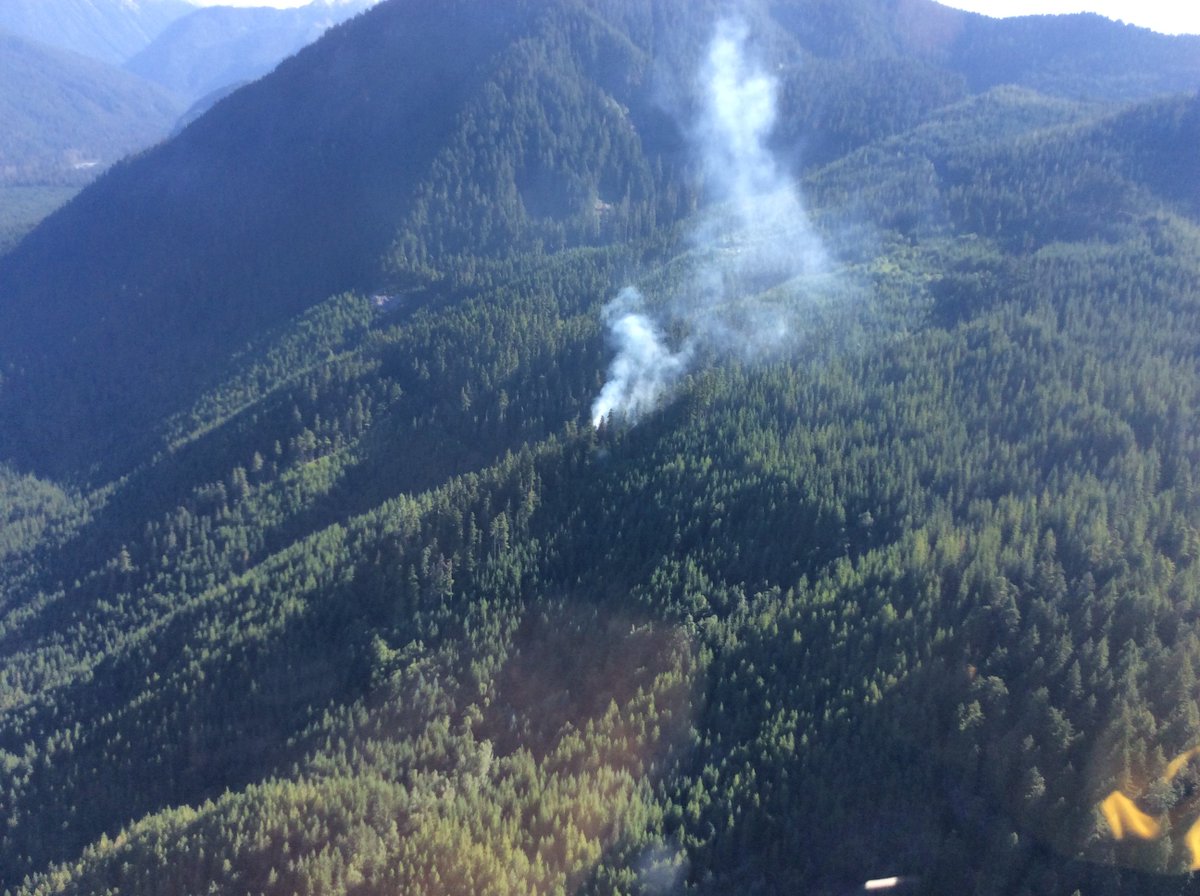 The fire is adjacent to Wrong Creek within Highway 410 corridor of the Mt. Baker – Snoqualmie National Forest.

Due to the remoteness of the area where the fire is burning and the inaccessibility, concerns related to smoke and fire hazards remain low at this time.