Firefighters were dispatched to a large 3-story dwelling fire in the 200 block of Hope Avenue in Passaic, New Jersey which was deemed an immediate 2nd alarm after arriving on-scene with heavy fire showing through the roof.

This is “Hope Command”.

At 1739 hours PT, Command called for a 3- alarm due to fire extending upward.

Firefighters were reporting they were losing pressure after moving their water towers into strategic positions. Dispatch was working with the Passaic Valley Water District to get them to increase the pressure.

The third floor wall and the roof on the Charlie/Bravo side had collapsed and crews were moved out of the area to safety.

This is an active fire incident that we are covering on @nwfireblog on Twitter. More updates will be posted here as this event unfolds.

A product recall was issued on December 20, 2019, by Hallmark due to a hazard that could occur if the candle is lit which can break the glass that could cause fire and laceration hazards. 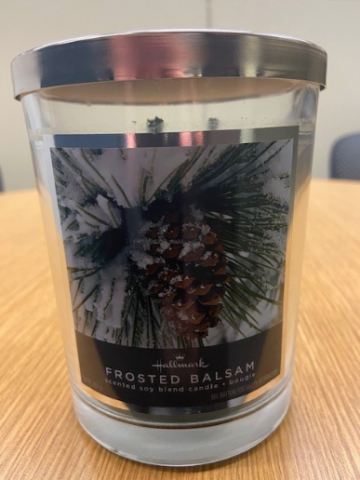 About 4,500 products have been sold.  If you have one of these, the manufacturer’s solution is to return it to get a refund.

Products were exclusively sold in Norman’s Hallmark stores in New Jersey and Pennsylvania from September 2019 through December 2019 for about $28.

Six incidents have been reported by causing fire of nearby items but no injuries, prompting the recall to be issued by the seller/manufacturer.

Last night around 2120  hours at the Garden State Plaza in Paramus, NJ, police and SWAT units breached the outer doors filling the mall searching for an active shooter.  Several shots were reported as the suspect identified as 20-year old Richard Shoop of Teaneck, NJ.

As we listened to active police transmissions over the scanner, it was evident this shooter had disregard for those he came into contact with.  FBI and Sheriff SWAT teams quickly responded and were on scene searching for him.  It was unknown if he was looking for someone in particular or if it was just a guy on a mission to shoot shoppers in the busy mall.

This could have been any other day, say Thanksgiving or Christmas and the incident could have turned much deadlier than it did.   The shooter would eventually take his own life. He was found this morning around 0300 Hours (NJ time) in an area under heavy construction.

No injuries or deaths were reported.

It was determined that the shooter was more interested in committing suicide than harming anyone – according to his brother stated through various news sources.

“For someone to commit such an act and think that this was all about himself has got it all wrong.  Those people who were directly or indirectly involved with this mall incident will have a long recovery to get those images out of their minds.  We hope and pray that they will seek out the help they will need and not be traumatized for the rest of their lives.” – TNWB Ed.

The mall is expected to be closed all day as police and authorities work to clear the scene and close their case.

What to do in case of an Active Shooter situation.

If there is an accessible escape path, attempt to evacuate the premises.

If evacuation is not possible, ﬁnd a place to hide where the active shooter is less likely to ﬁnd you.

Your hiding place should:

To prevent an active shooter from entering your hiding place:

How to Respond if the Active Shooter is in Your Vicinity.

If the active shooter is nearby:

If evacuation and hiding out are not possible:

• Remain calm
• Dial 911, if possible, to alert police to the active shooter’s location
• If you cannot speak, leave the line open and allow the dispatcher to listen.

Take action against the active shooter

As a last resort, and only when your life is in imminent danger, attempt to disrupt and/or incapacitate the active shooter by: