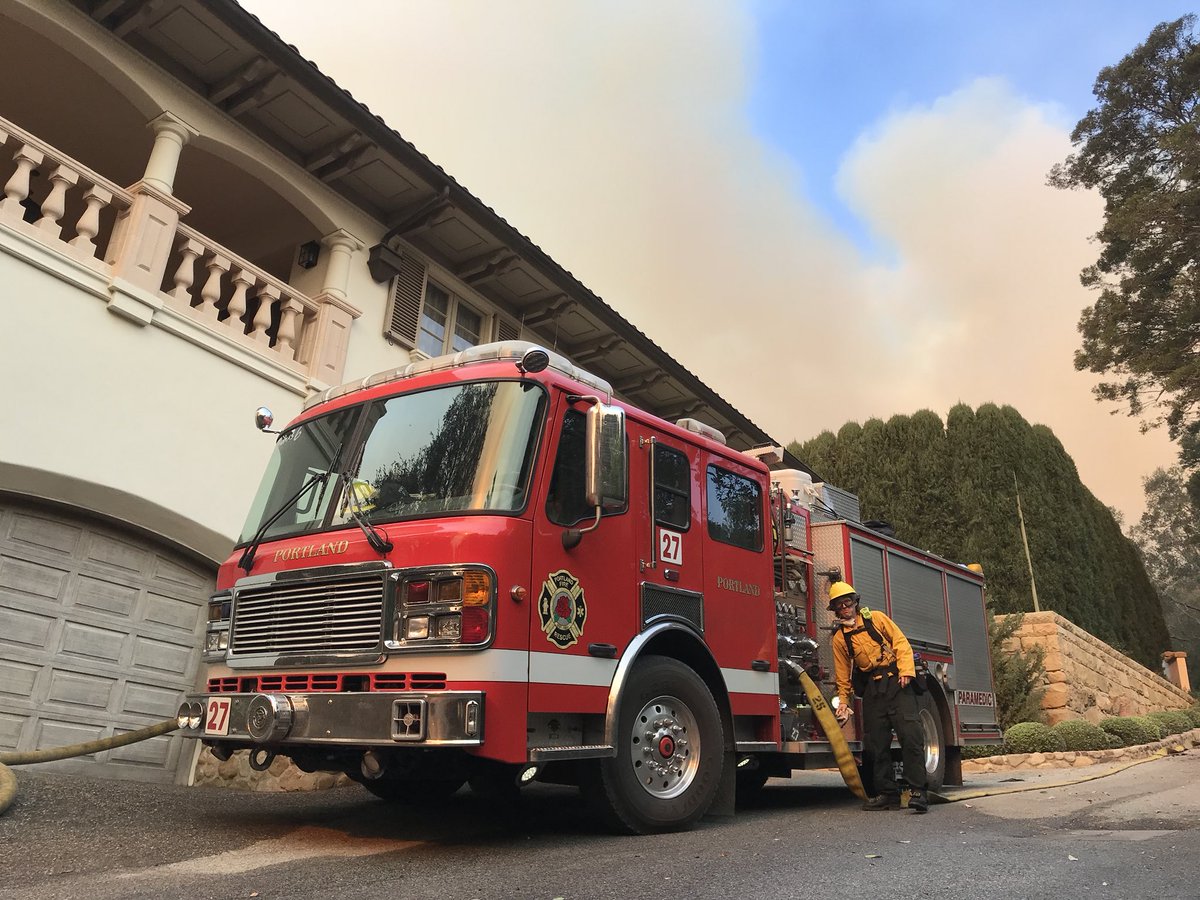 #ThomasFire– Engines staged and ready to move in at the corner of Ashley Rd & East Mountain Dr. in Montecito. pic.twitter.com/bPF2aLJobu

#ThomasFire– Flames from a back firing operation underway Thursday afternoon behind a home off Ladera Ln near Bella Vista Drive. pic.twitter.com/xtCTWYwkUI

Current Fire Status (Ventura County) | Firefighters on the east side, are working to improve fireline that has been established to fire out of nearby community of Fillmore.  They will additionally extend north from Fillmore in preparation of future firing operations.

#ThomasFire– Flames from a back firing operation underway Thursday afternoon behind a home off Ladera Ln near Bella Vista Drive. pic.twitter.com/JellgOAzeZ

On the north side of the fire, will be closely monitored by crews. Fireline construction north of Camino Cielo with light fuels in the Zaca Fire footprint will continue where lines have never been established.