Just like what is happening in Arizona, California, Washington and other U.S. States, fires are burning up vast amounts of landscapes around them.

Today, we provide a single recap of what is happening in this State on this Sunday, July 8, 2018.

The 416 FIRE is burning in the San Juan National Forest, about 13 miles north of Durango in timber and brush.  The fire command will be transferred from a NIMO back to the local unit on Tuesday, July 10, 2018.

Fire behavior has been reduced to minimal activity, as rain fell over the area helping crews gain a higher containment of 50%.   This fire has burned 54,129 acres.

There are 290 total personnel working on this incident with two crews, 16 engines and two helicopters.

No structures have been reported as lost on this fire.  However, cost-to-date expenses have reached a whopping $30,400,00!

Some resources have been reassigned to other wildfires, while those who remain are working towards their main fire objective of getting to 100% containment by the end of their shift today.

The BURRO FIRE is burning in the San Juan National Forest, about 14 miles south of Rico in timber.  Fire behavior is running at minimal activity today.

4,593 acres have been consumed but there is a 50% containment status.  There are 35 total personnel along with three crews still remaining on this incident.

The CHATEAU FIRE is burning in Teller County, about seven miles northwest of Cripple Creek in closed timber litter and tall grass. The fire behavior is minimal but is still threatening numerous homes and keeping road, area and trail closures in effect.

There has been 1,423 acres burned but a 95% containment status has been gained. 136 total personnel are on the fire line along with three crews and 14 engines.

Burning in Moffat County, the DIVIDE 2 FIRE is located about 23 miles northwest of Craig, Colorado in brush and grass.  Fire behavior remains at a minimal rate.  Structures and sage-grouse habitat is still threatened.  All Evacuation orders have been lifted for the time-being.

The fire has consumed 19,955 acres and crews have reached a successful 40% containment status.

There are 71 personnel assigned along with 16 engines.

Three structures have been lost with a total fire suppression and containment cost-to-date of $800,000.

A new start in northwest Colorado has prompted fire resources to move into this area located in Rio Blanco County.  The fire was caused by a lightning strike on July 7, 2018 and was detected around 1700 hours.  It is burning in rugged terrain in a remote section of the Piceance Basin about 30 miles southwest of Meeker.

There are a total of 55 personnel assigned with unknown resources assisting them.

The size of the fire is 188 acres in juniper and sage grass with an unknown containment status. 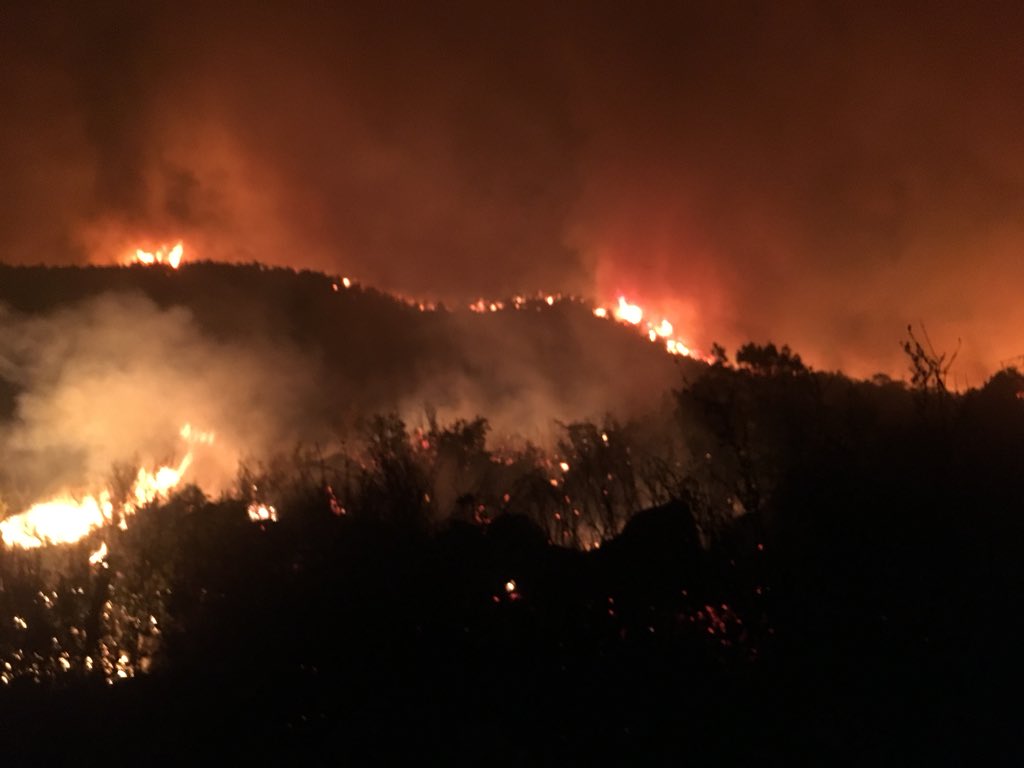 The LAKE CHRISTINE FIRE is burning in Eagle County, one mile northwest of Basalt, Colorado in timber and brush.

The fire is being managed by IMT 2 (Almas). There are 555 personnel along with 16 crews, 33 engines and 6 helicopters assigned to this incident.

Fire behavior is moderate with isolated torching, creeping and smoldering.  The fire has burned 5,916 acres and reached an 8% containment status.

Numerous structures, including energy and communications infrastructures are at risk.  Three have been lost.   Evacuations, road and trail closures are still in effect.

Some rain fell over the fire line yesterday but not enough to put out the fire completely. 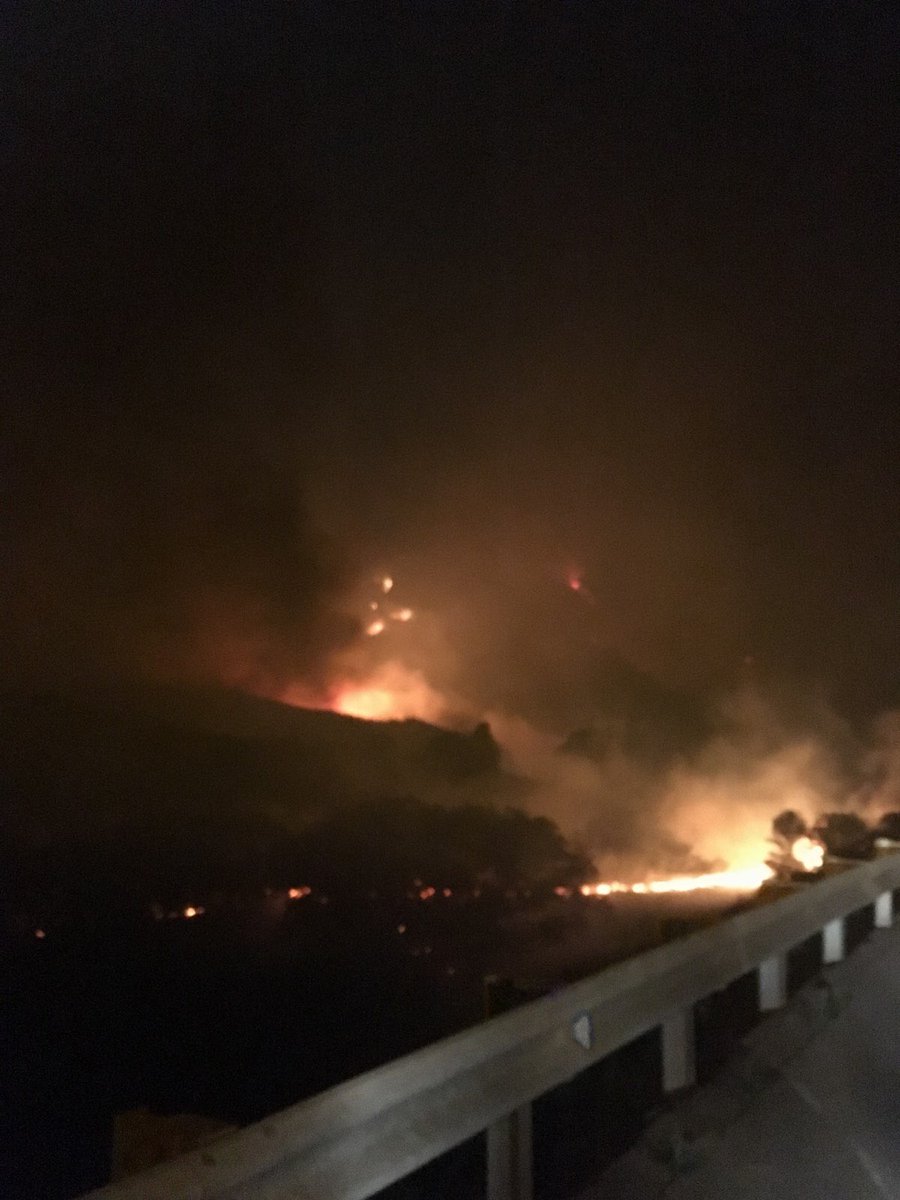 This wildfire is burning about nine miles northeast of Fort Garland, Colorado in timber, brush and tall grass.  It has destroyed 106,985 acres and 199 structures.  It has reached a 55% 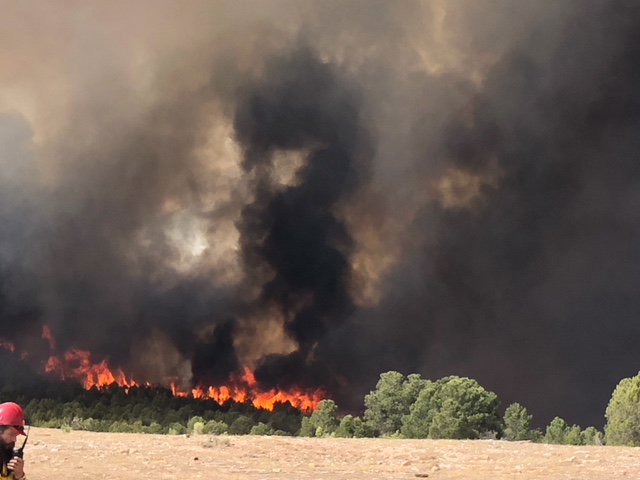 The TABEGUACHE FIRE is burning seven miles northeast of Nucla that was caused by lightning today.  The fire has burned about 500 acres that is burning on the Grand Mesa, Uncompahgre and Gunnison National Forests.  There is a 0% containment status.

The Fire Manager of this incident is a Type 3 IMT with Joe Sampson as the IC.

No structures are under threat nor are there any active evacuation orders in place.

The THORNBURG FIRE ignited in the last 24 hours from an unknown cause is said to be burning in Moffat County, about four miles northwest of Maybell, Colorado.

This active fire is being driven by heavy winds.   1,636 acres of short grass has already been burned up but a 50% containment status has been reached.  Cost-to-date have reached $50,000.

Some structures and sage-grouse habitat are being threatened.  No evacuation orders are being reported at this time.

There are 18 personnel assigned along with four engines.

The WESTON PASS FIRE has burned 13,019 acres of timber and brush which is burning nine miles southwest of Fairplay on the Pike-San Isabel National Forest lands.  There is a 34% containment status reached.

Fire management is in the hands of an IMT 1 (Pechota) along with 578 total personnel alongside 13 crews, 20 engines and 6 helicopters.

The fire behavior is moderate with flanking, torching and creeping.  Three structures have been destroyed.

A new fire start has been reported as of 1221 PDT and is burning in the Grand Mesa, Uncompahgre and Gunnison National Forests.

Resources include two Type 6 engines, one Type 4 engine and a Type 2 helicopter.

It is currently listed as a two-acre fire with a 0% containment status with active fire behavior with one-to-three feet flames.