A commercial building fire started this evening on Tuesday, April 2, 2019, in the Newly Weds Food in a large facility, where the incident has now been escalated to a 5-Alarm (at 1912 Hours CDT).  This is a baking and food manufacturing business.

It is located in the 4110 block of West Wrightwood Avenue and near Keeler.  This is on the northwest side but some onlookers are saying that the whole block is on fire with multiple exposure buildings in the Fullerton area.

The fire building, a three-story commercial building size is a 200 x 300 factory building reported with heavy fire through the fire and a collapse in the middle of the structure.

As soon as employees discovered the fire, they self-extricate and were all accountable for.  There were no injuries reported. (1638 PDT)

The fire’s alarm was increased to a 3-11 and a HAZMAT scene, Level 1.  There were no injuries reported at this time of the incident.

At 1843 hours PDT (West Coast time), Operations reported five (5) master streams working along with four (4) Tower Ladders and one (1) Snorkel.  Most of the fire is on the interior.  Reporting making good progress.

The Metra-Milwaukie N trains have been halted in both directions. 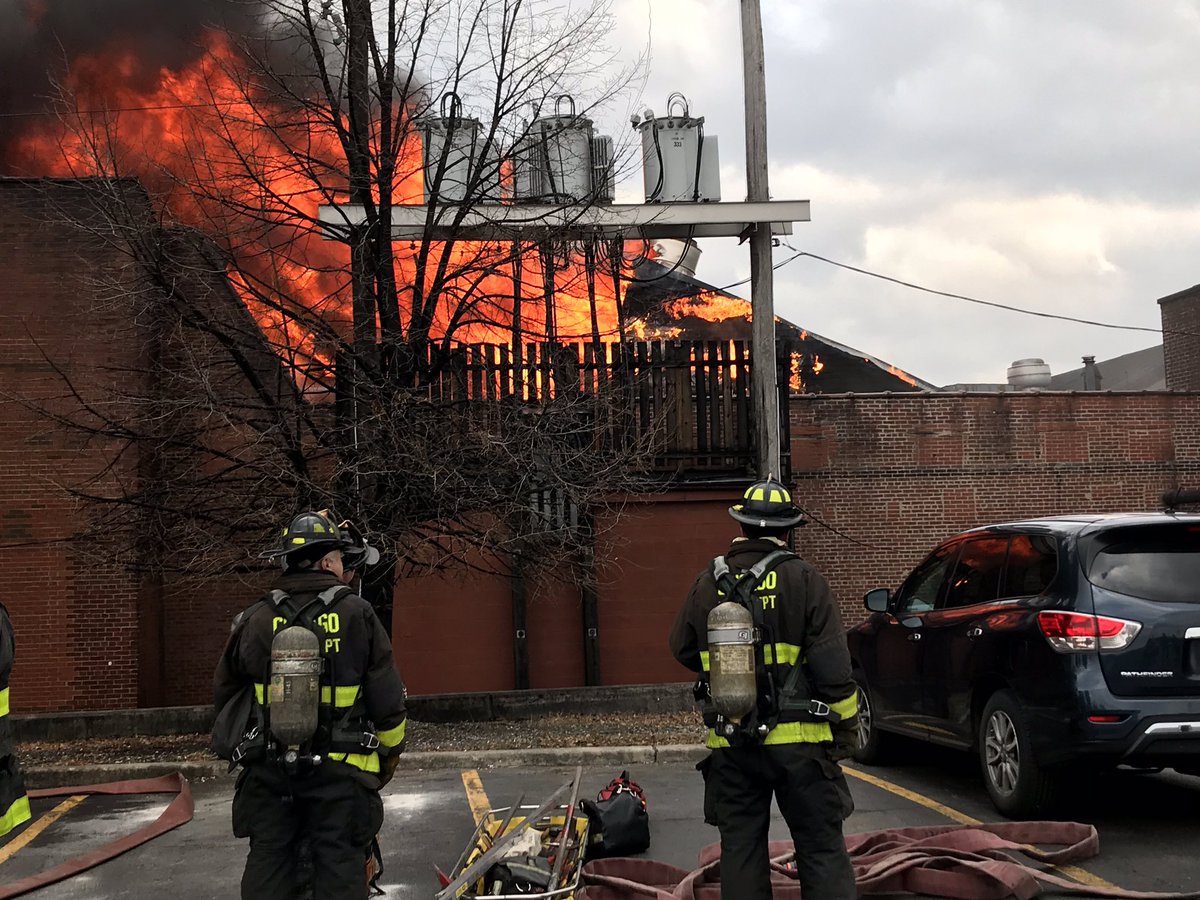 The business was formed in 1932, and is a privately owned business that has about between 1,001 and 5,000 employees.  They are headquartered in Chicago, Illinois.

They are well-respected and well-known in the Food and Beverage Manufacturing industry and their employees speak in great volumes on how amazing this company values its employees, pays them well, creating positive work/balance, comradely, as well as job security.

They generate about $100 to $500 Million in revenue annually and the CEO has been known to give out bonuses twice in one year!  They cannot say enough positive things about their CEO and the company’s Vice Presidents.  This is a very good business that has a great family-like environment and cares deeply for their employees.

Thoughts and prayers for those who own this business, impacted by the fire and whom have worked in this building – we will keep you all in our daily remembrances. – Ed.

We will be using the following hashtags for this incident.  #ChicagoFire #511Fires2019