There are still wildfires burning in the United States while the season has changed over to Fall. Here is a recap that is still burning and where.

PILGRIM CREEK 1 FIRE. Bridger-Teton NF, WY. 498 acres. 85% contained. 1 person assigned. Being managed with a strategy other than full suppression without a Type 1 or 2 IMT assigned. $65,000 CTD.

TRAP FIRE. Sawtooth NF, ID. 2,523 acres. 100% contained. Being managed with a strategy other than full suppression without a Type 1 or 2 IMT assigned. $2.1 Million CTD.

The fire is burning about nine miles north of Reardan in Lincoln County, Washington State.

Around 1750 hours, the fire behavior had increased to torching and running. burning about 20-25 acres.

Level 3 evacuations were in effect for those around the Moore Road and 231.

The fire located off of Ribbonwood Road and Interstate 8, just East of El Cajon, California was originally reported as a 5-acre fire.  It has since grown to 25 acres, says CAL FIRE. 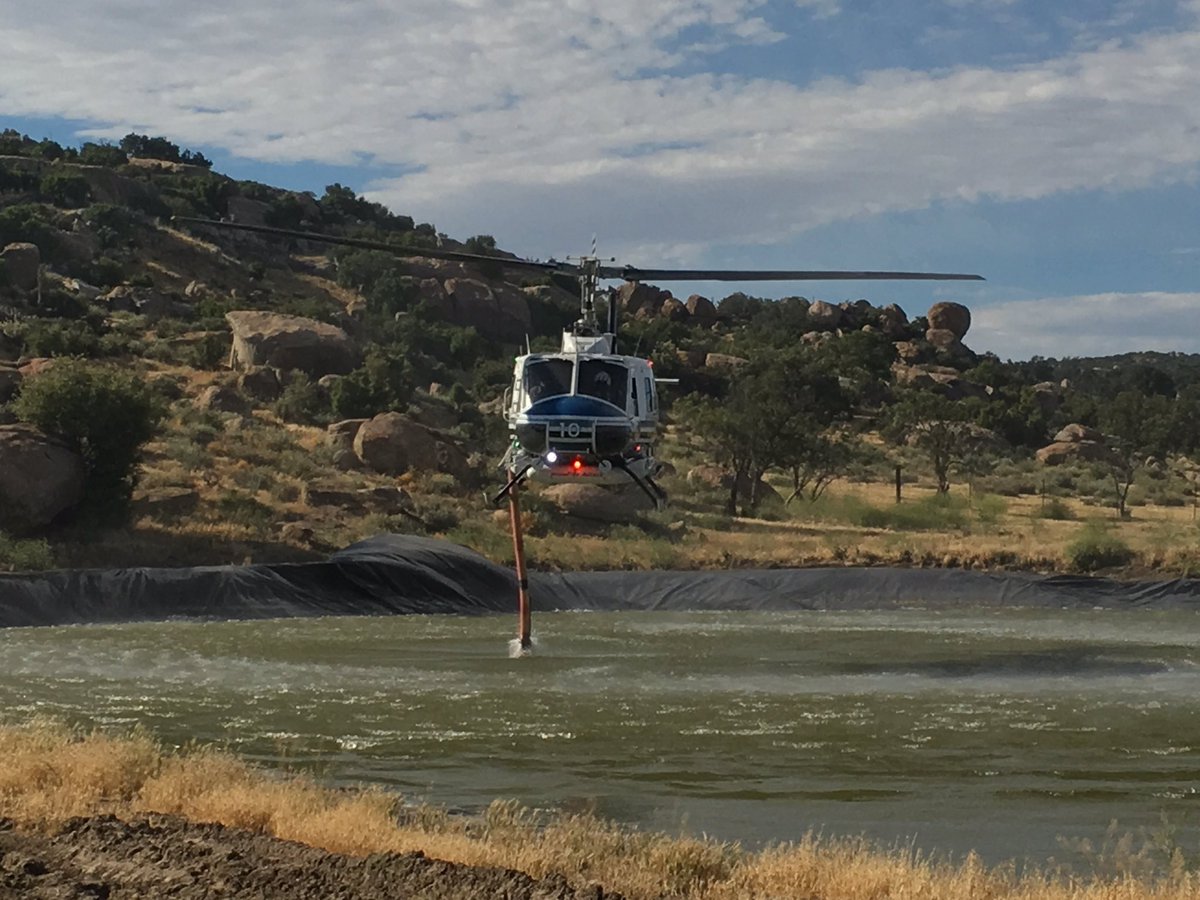 At the time of this post, there were no threats to structure or persons, nor have there been any injuries reported.

We are unsure of the cause.

Limited details at the moment but will provide an update if there is any further fire activity.

Blaring over the headlines and in a story we covered,

“Around 1400 hours in Virginia, a SAR team consisting of personnel from the Virginia State Police and the Shenandoah National Park Service suspended all search operations upon discovery of a female body ID’d to that of missing Fairfax County Firefighter-Paramedic NIcole Mittendorf.”

Men and women from all over this world often come together in an once male-dominant profession with some accepting it and others not, making things quite a bit awkward or downright uncomfortable for both parties.

As a female myself (though not a Firefighter or Police Officer), I could sense  many felt a male was behind my publication from the many “dudes” and “guy” comments received.  Once, sharing I am a female – I either got a great response, an unfollow or negative comments.  It seems like it does not matter what you do for a living or hobby, some men just prefer women to be in the kitchen fetching their dinner or staying home and making babies.  Fortunately, for all of us – that era has come and gone, my friends.

Now, it does not matter how I am viewed as a person or as a female but should matter the most in how I support many of you in the Public Safety profession overall.  That is what this Blog is all about:  Fire, EMS, Law Enforcement, Emergency Management, SAR and the list goes on.

There have been many opportunities for females in the Fire Service talking about how still to this day, men balk about having a female in “their” profession and do not feel they deserve to be one of them.  Many stories have been told of how some female firefighters found their male counterparts making up “lies” about them or putting the pressure on them to just get out altogether.

Firefighters do not only experience the “living the dream” syndrome of their job but they can see the worst of the worst in people through the eyes of Domestic Violence  victims, to the children of abuse and neglect and treating their wounds can be seriously emotional for anyone – male or female and dealing with the pressure of your fellow firefighters wishing they had no female fire crews in their station.  It becomes like a “do or die” situation  with trying to prove to them you are worthy of the title long after they have gone through the many hours of training, testing and gaining professional skills, knowledge and experience. Though some many even go further in their Professions, it still does not seem to be enough.

Some female firefighters say if they report their aggressor, they simply become the target and not always it is that a good thing.  Women firefighters have come a long way since the early times (as early as the 1970’s)  but there are still obstacles for women and being hated in male staffed Fire Stations.

As with all Firefighters, they dedicate their hearts and souls to the profession and their lives to everything firefighting.  Training takes time away from family, friends and important events but they do it because they love the job in saving lives and property. It is what defines them.

Every time a Firefighter passes from cancer or another terrible disease, is killed or murdered – a huge remembrance of their Life and accomplishments is celebrated here on Earth.  There is many traditions that are enacted and fellow Firefighters come together from all around the Nation and even some from all over the World.

Now, why can’t these same Heroes rally around their fellow firefighter, even if she is a female or not. There needs to be more light shed upon this growing problem and the tragedies they may creating.  Reacting to the problem is not a solution.

BE PRO-ACTIVE NOT REACTIVE

This has always been one of my favorite sayings in just that – be Pro-Active to the potential cause and not Reactive to the after effect.  The after affect is usually not as pretty and it is very difficult to grapple with the outcome.

As a Firefighter, it is seriously important to let your Firefighter team know that you have their back and they have yours.  After all, you are putting your life in their hands and it is a requirement to know they are going to protect your life, if something should fail while you are out on the fire ground.

Let’s face it, Firefighting is a dangerous profession and many have clearly died from activities on and after the call, experienced medical emergencies or have passed from Line-Of-Duty cancers and other diseases.  They say it is part of the job and one of the many sacrifices they will make. How they live during their Firefighter career will be the Legacy they will leave behind for others.

When we think of Firefighters and Medical staff at a Fire Station, they are often portrayed sitting around the dinner table cooking a big meal and are photographed as one big happy family. At a moment’s notice, they are forced to leave their meals behind and run out the door.  Everything looks pretty normal but there are a few underlining issues that you do not see or will you ever hear about until it is too late.

Reports are coming out that Firefighter Nichole Mittendorf may have been sexually harassed at work and we are not confirming these reports at this time.  Even if they were true, those who are in a Management/Supervisory role should be seeing the signs and nip them in the bud.  However, if things are not being addressed and those who are the aggressors are not being sent through corrective action are finding serious outcomes affecting their reputation and putting those in the unwanted spotlight.

It does not matter if you are homeless, a drunk or an addict; unemployed, a mean one, one making an impact on other’s lives or wherever you come from in this world, your Life is worth saving.  Sometimes people agree to disagree or disagree to agree about all types of issues and topics and it does not make that person of poor character or something seriously wrong with them.

Some find that they disagree with the decision to allow female Firefighters into the profession of their City and make it known to them that they are simply not welcome.  If that is how you view the Profession, may be you should step to the side and let them continue to do the fabulous job they were called upon to do.  You may need to rethink why you are a Firefighter.  This profession has changed drastically over the years and fortunately, it will not rewind to the era of just male firefighters. You can count on it.

Remember the word, “Team” and how there is no “I” in it. So, check your attitudes and your disagreement about having female Firefighters at the door.  Who knows? You can work as a team in showing your new female Firefighter some new skills.  It is better to work “together” than against each other. Wow. Yes, we know that is a simple concept and you can easily do this – as “One”.

SUICIDE IS NOT THE ANSWER

I will share my personal story in hopes that it may help others.  If it saves one life, then I have completed my mission in this Life.

Life has been difficult starting out rough as a child with a dysfunctional, abusive and depressed mother divorcing my father after I turned four years of age.  Throughout my young life and even well into my early 20’s dealing with my verbally abusive mother was more than a young person should ever have to encounter. Then came the bullying in junior high school and high school and later by a sexual assault by a Public Safety Member.

Suicidal thoughts and attempts became my new Life partner in ending it all to rid the thoughts of abuse, neglect, depression and feeling like an overall loser but I had to pull myself out of that down spiral into another phase of Life knowing it had to get better along the way.

Counseling, prayer and help from some pretty amazing friends along the way, helped me find a better way to deal with some of Life’s pretty messed up issues than thinking Suicide was the only answer.  Today, I am very thankful that none of my suicide attempts worked and having a more vital stronger support system helped save my Life in more ways than I can count.

Those who have died because of committing suicide breaks my heart knowing they did not feel they had the support system they needed to resolve their issues.

I wish and pray for those who feel that think Suicide is the answer know this – that if you choose to end your Life this way, you will be not only ending your problems but breaking the hearts and souls of those who truly love and care for you.  You will not realize it but your support system will share and even may be angry at you but at least you are getting that important Conversation started.

Let me end this post by saying that “Suicide is not the Answer” and though it may be difficult to work through the issues, you will most likely thank me for saving your life.

If you have are thinking about Suicide, there are Professionals that can assist you.  Please reach out in knowing there are many who care for you.

One of my favorite non-profits is Safe Call Now and the unique story this former Seattle Police Officer shares with many will definitely grab your undivided attention.  He has been through a lot and has lost a lot but he is here to tell you that Life is worth living.

LR Swenson, Creator/Writer/Blogger of The NW Fire Blog , an online Public Safety publication (http://thenwfireblog.com).  Owner of Media Madness NW, a Social and Media Marketing small business and Author of Short-Story Seattle Mourn and The Firefighter and The Princess.