While the Seahawks Play…

As the Seattle Seahawks were ramping up for their game this evening, Seattle Firefighters were dispatched around 3:10 P.M. PST to a fire that broke out in the 600 block and N 59th Street.

A fire broke out inside the Nocturnal building at the Woodland Park Zoo and would quickly turn into a 2nd alarm bringing many fire resources city-wide. 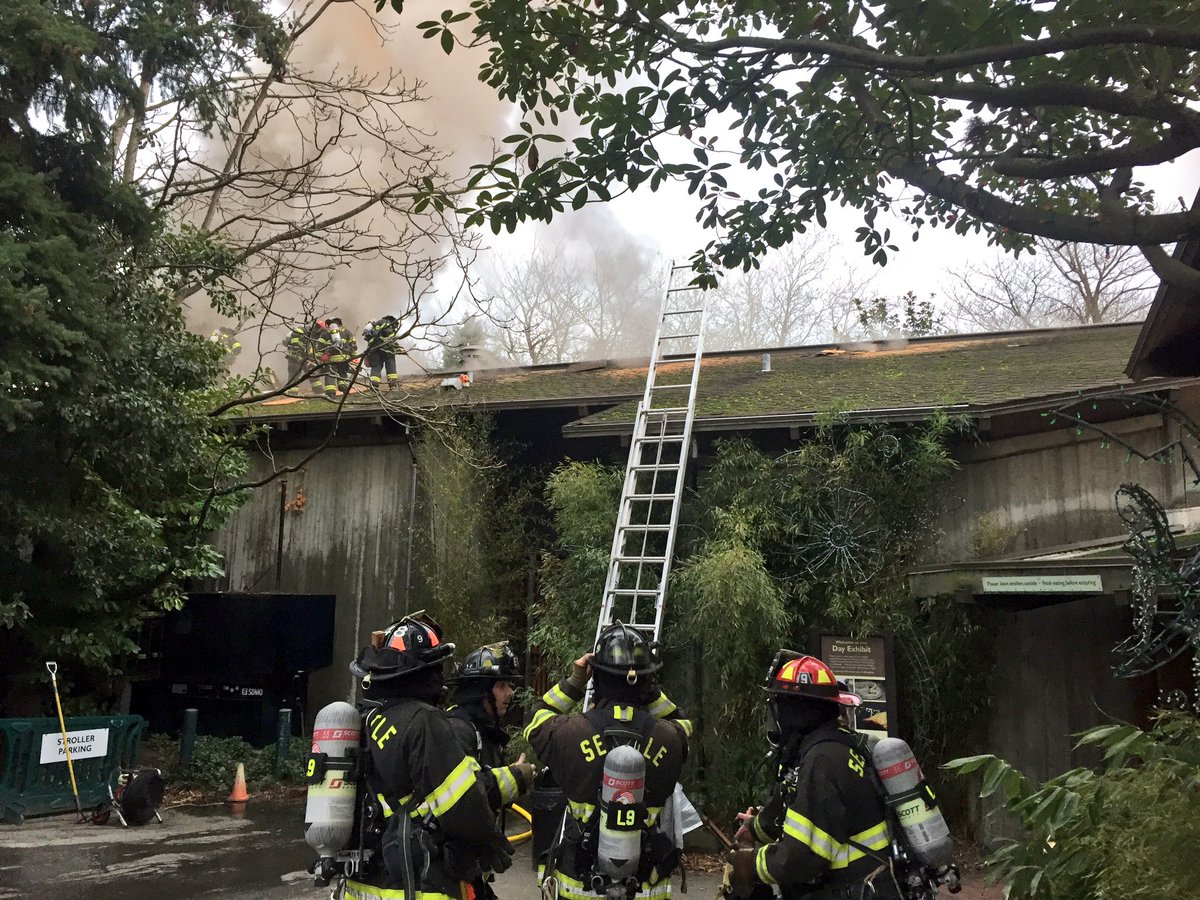 The following were dispatched to the “Fire in Building” call at 3:10 p.m.

Marshal5 (Fire Investigator) was also dispatched to the fire scene.  There is no known cause or preliminary information as to the area where the fire started.

There was a report of two firefighters injured by a news media outlet but nothing official from the Fire Department sources we glean from.  There injuries and conditions are unknown at this time. We hope they are okay and are on the mend quickly.

No animals were said to be injured but were being moved from the fire building to a safer location.