Post Summary | A Category 4 Hurricane has slammed into the United States with a direct hit to the State of Texas. Many in Texas began preparation as early as August 23, 2017.

This post will be the first of many to come with us gleaning information from all over Social Media, news media, government sites and other additional countless sources.

We are posting by the date of when the information/storm details and other news was reported.  At the bottom of each update we will put the current publishing date and time.

We are thinking of our friends in the Texas and those in the direct path where Harvey is due to impact.  Please heed all evacuation orders and listen to First Responders/Agencies helping with various resources.

TX State, Emergency Management Department.  State spends the day together to ensure State and Federal partners are ready to support to local partners. (8/23/2017)

City of Corpus Christi:  City is under a WATER BOIL ALERT. Do not drink the water. Caused due to Storm’s destruction. (8/25/2017)

Disaster Assistance & Recovery Info.  The City of Austin (TX) Office of Homeland Security and Emergency Management have a wealth of info.  Go to their site here –> http://austintexas.gov/help (8/26/2017 @ 0417 CDT)

Media:  Text messages will go through when calls won’t.  It will free up space for emergency communication. (8/24/2017)

News Media:  Island Campus students are ordered to evacuate/leave campus.  Required to be off campus by 0700 hours CDT.  Move-in day was supposed to be on 8/24/2017 but has since been postponed due to the incoming hurricane. (8/23/2017)

News Media:  Pleas from posters ask pet owners not to leave pets tied up outside or leave them outside. (8/24/2017)

News Media:  WIND has been downgraded only.  There is due to be catastrophic & historic flooding that will continue for days even after the Storm has left the area. 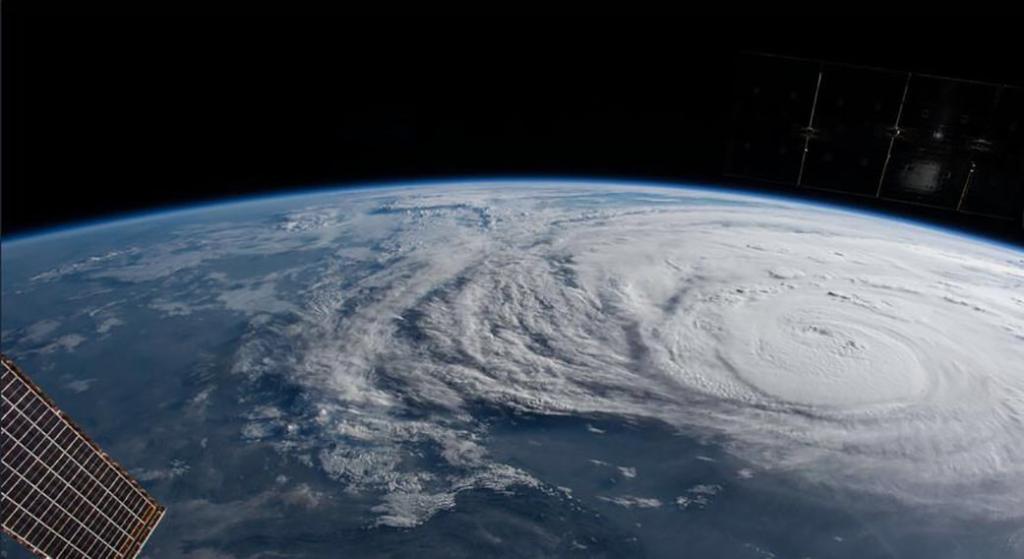 This is what a Cat4 Hurricane looks like in space. Credit: NASA

News Media:   Water already rising into the barge docks across from the American Bank Center. (8/24/2017)

News Media:   A General Surgeon stays behind while his family flies out of the Corpus Christi airport. (8/24/2017)

Twitter Poster:  We will ride out this storm and it will be flooded all over Corpus Christi.  We will still end up with (water) restrictions. (8/23/2017)

Ignoring the Evacuation Order:  Some people have decided to ignore the evacuation order and now, some say – they did not know this was going to come and are stuck in their homes, businesses and other structures.

Thank you for reading our post.   Our next update will be later in the day on Saturday.