A fire broke out off the Otay Lakes Road this afternoon on Monday, January 1, 2018 from an unknown cause.

Fire crews from the CAL FIRE – San Diego were quickly on-scene and reported there were actually two small fires, with the largest already reached a full acre.  The fire  would be put out quickly with a total of two acres destroyed.

Resources were said to remain on-scene and committed into the evening hours.

This area has been hit by fire many times over in the last five years.  Here is a timeline of those fire incidents.  (Info is gleaned from mostly Twitter from actual fire pressers, media and eyewitnesses). 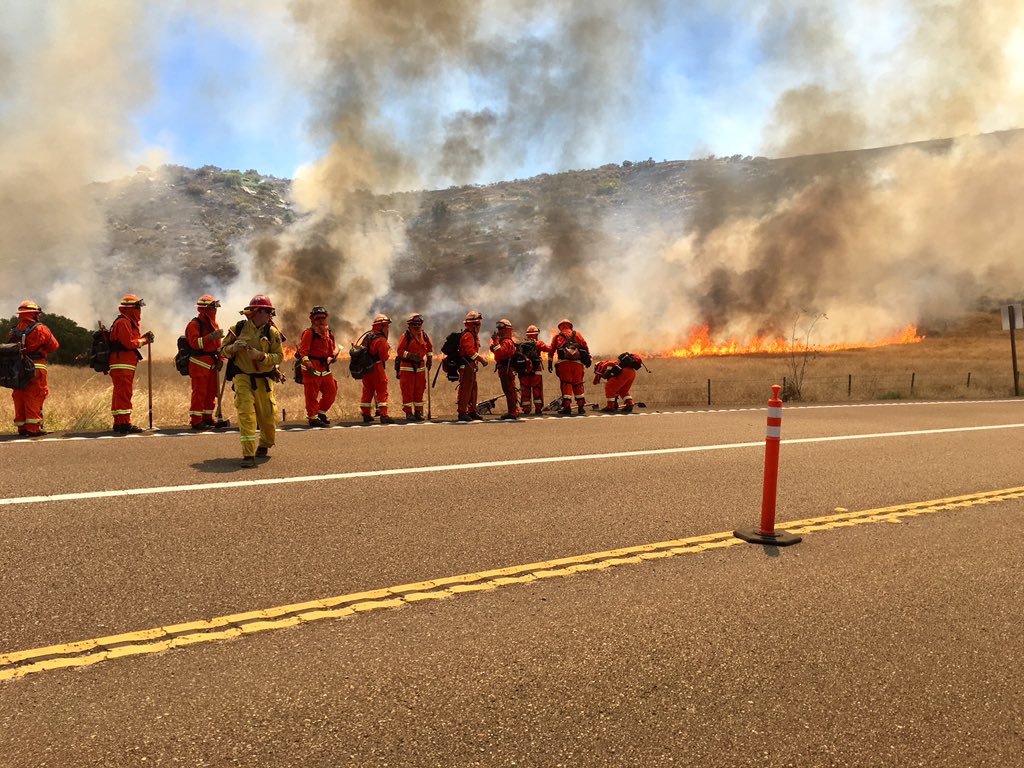 And, the fires in the same area continue on….