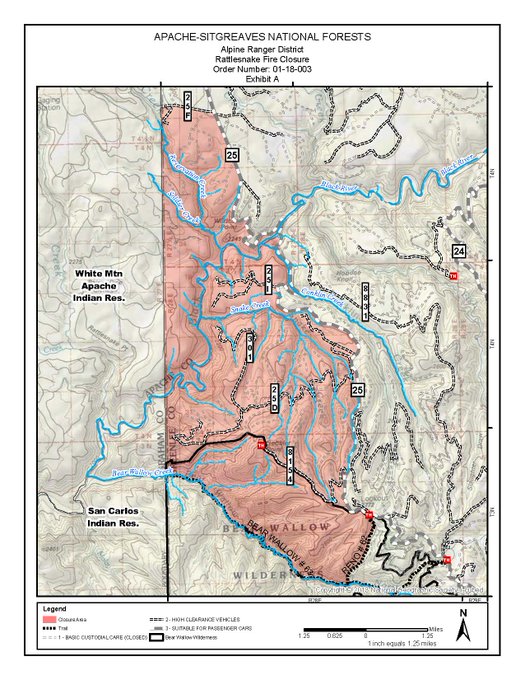 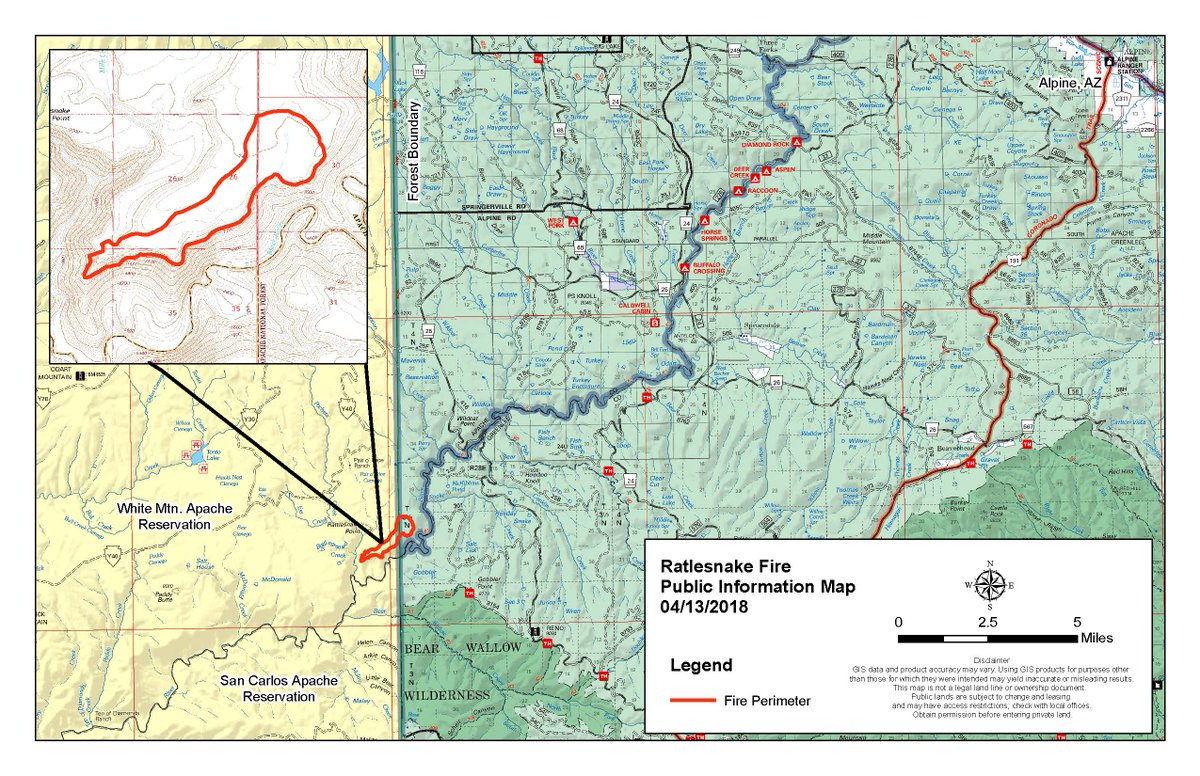 Strong winds hampered fire suppression efforts and making very slow progress. Control lines were completed in the SW section of the fire, securing it off of Rattlesnake Point. Aircraft was grounded due to high winds A spot fire was detected on San Carlos Agency side of the Black River in an isolated area.  Crews were scheduled to prepare control lines along the North flank of the fire, as well as with the construction of indirect lines on the western flank.

A RED FLAG WARNING was in effect from 1200 until 2100  hours.  Winds are being forecasted to shift coming from the north and northwest and pushing the fire along in a southern and southwesterly direction.

Social Media reported:  The fire had moved on to the Fort Apache and San Carlos Indian Reservations and the Apache-Sitgreaves National Forests (ASNFs) lands.

Social Media was reporting this was a human-caused fire but Officials are still conducting their investigation and are unable to release the ignition until it has been completed and closed.

On Thursday night, fire crews conducted burnout operations in the northwest corner of the fire perimeter.  It held within the maverick burn block and in the Wallow Fire area.  It was said to be moving in a northeast direction and backing into a canyon towards the Black River. Crews were working on two slop overs in the southwest fire perimeter and the eastern flank.  Fire suppression efforts were hampered by high winds.

Fire started from an unknown ignition and was discovered around 1330 hours. Estimated at 165 acres.  Located about 20 miles SE of Whiteriver in a remote location east of Rattlesnake Point.  It is burning just south of a previous Prescribed (RX) burn area and moving towards the Apache Sitgreaves NF boundary. 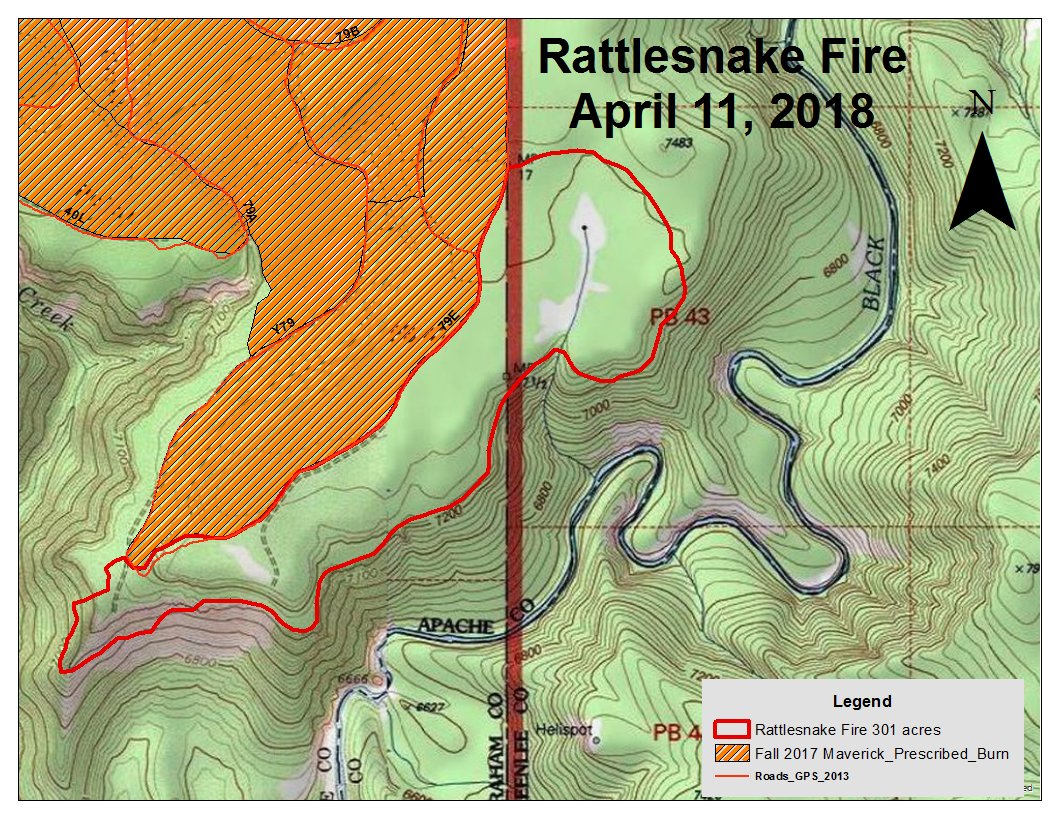 Resources include:   2 Type 6 Engines, Air Attack, Fort Apache Hotshots, and Cibecue Fuels. A type 3 team is on order along with additional resources.

#NoDronesInFireZones and this is why: