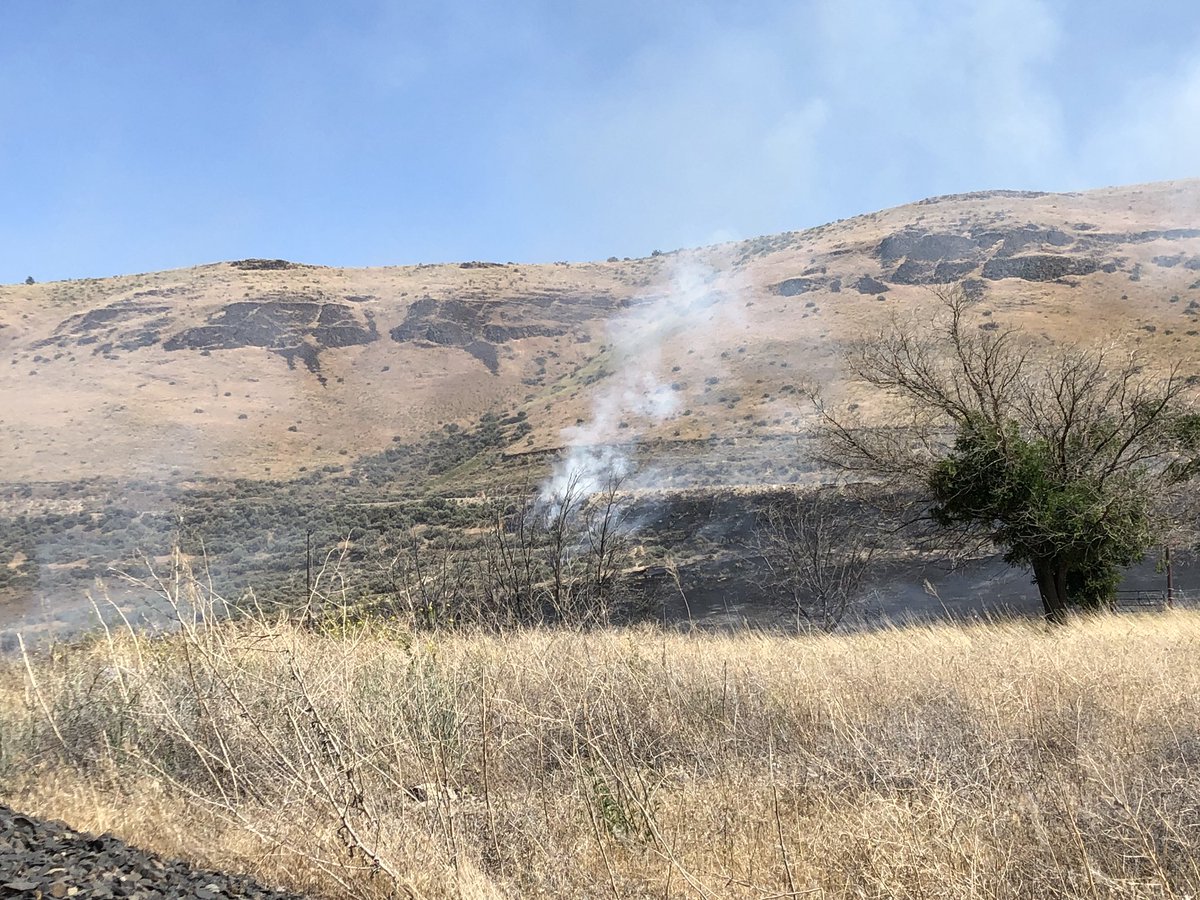 A reported travel trailer was said to be on fire  with structures being threatened and structure protection in place.

Around 1514 hours, structure protection was still in place but the travel trailer fire had been put out. 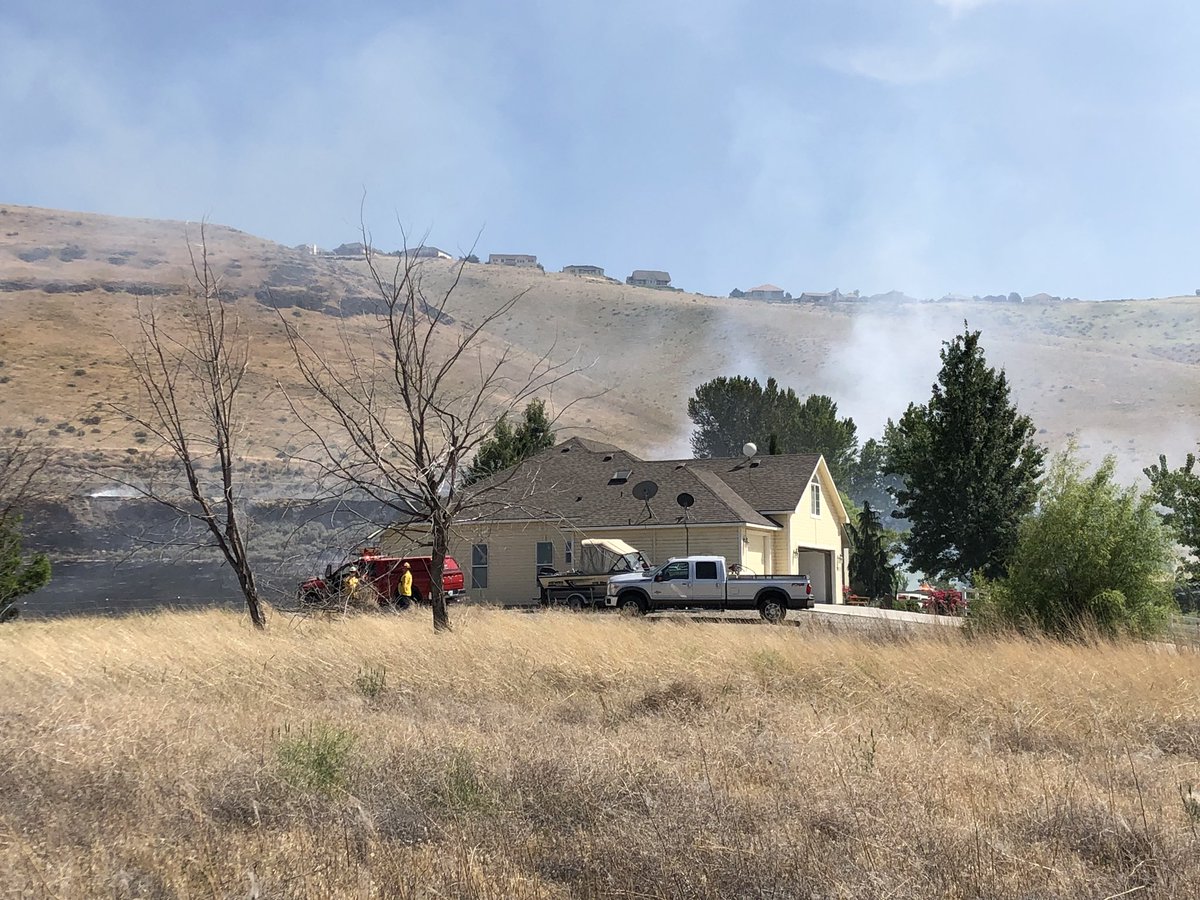 Firefighters from Benton County Fire Districts 4 and 5, along with Richland Fire Department were on-scene.

Current Status
At 1534 hours, the fire had a 95% containment status with overhaul and mop-up operations in process.  PUD was said to be mitigating the compromised utility poles. 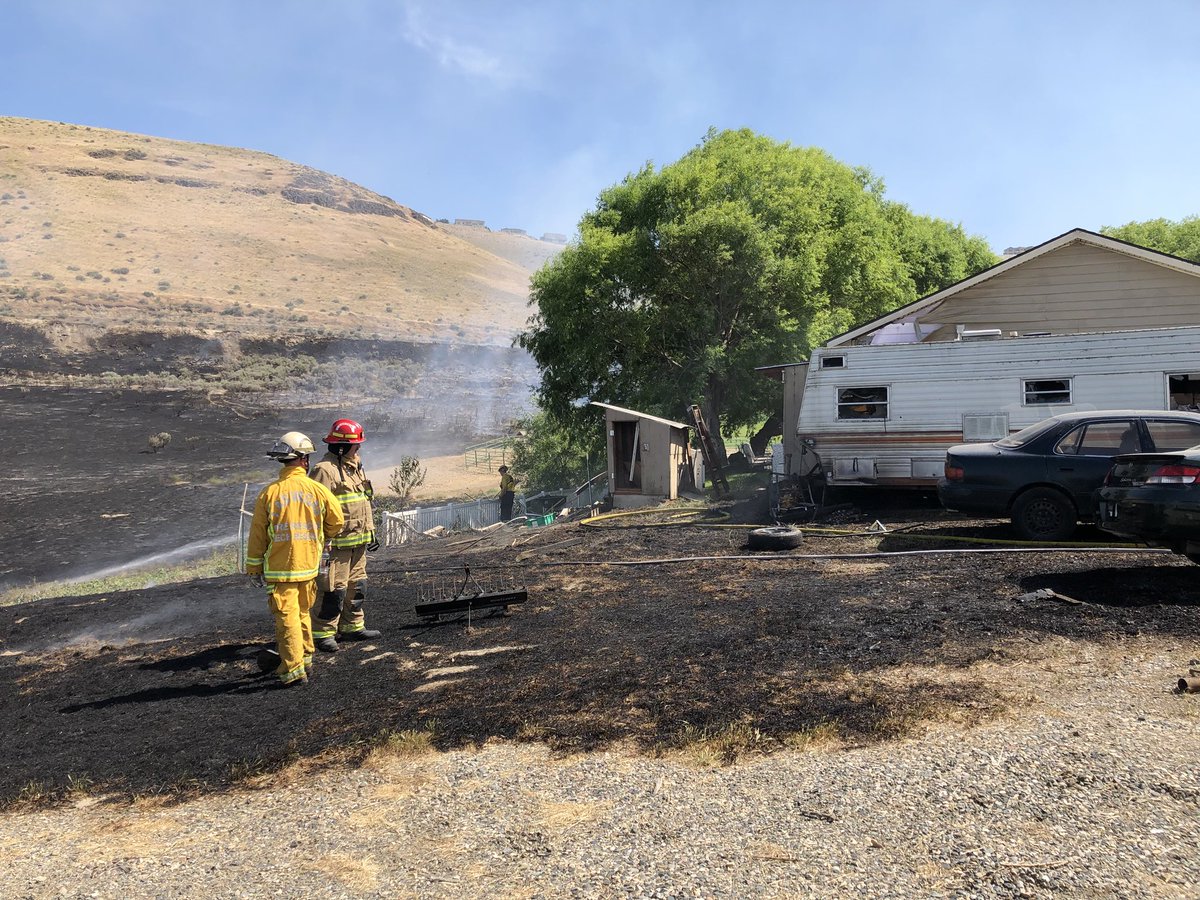 The total acreage burned was between 20-25 acres.  It appears there was damage done to several vehicles and a travel trailer.
Cause
The homeowner was using a propane torch for rodent control.
Hashtags
#BCFD #WAwildfire #BadgerRdFire #RichlandFire
(c) 2018 NW Fire Blog