As of this morning, the fire has destroyed 47,683 acres. Fire crews have been able to reach a 5% containment status.

The fire is burning eight miles west of Duchesne, Utah was mostly active along the southwest flank to the west toward the Strawberry Reservoir. Super Scoopers are on this fire and are being used heavily by scooping out of the Reservoir.  They can carry up to a payload of 1,550 gallons per load.

Structure protection prepping activities are in effect for the Red Creek Road with expectation with the fire reaching the area in the very near future.

The fire was reported around 1300 hours on July 1, 2018.   No exact cause has been released by Fire Officials. Fire cause was deemed to be human related.  An investigation of the ignition continues by Law Enforcement Officials.

There are 719 total fire personnel along with resources include 11 helicopters, 42 engines and 17 crews from the State of Utah and the U.S. Forest Service.

Evacuees in Zone 3 from Sams Wash Rd, MP 70 eastern to the western edge of Starvation Reservoir from MP 80 to 1 mile south of Strawberry River Rd have received the green light to return to their homes at 1000 hours MDT. 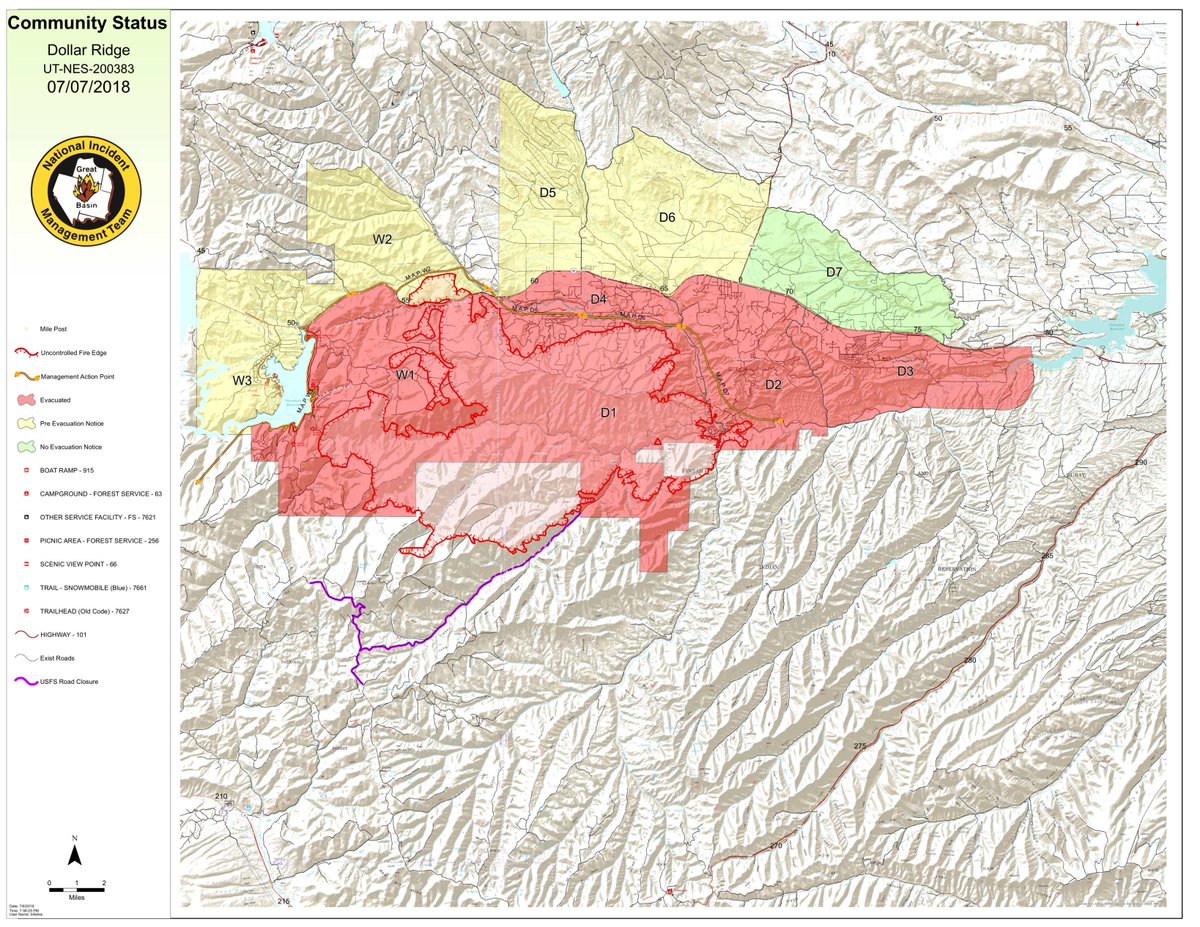 New fire detection map includes infrared overflight near Fruitdale and the Strawberry Reservoir. Lots of heat on the northwest, spots shown to the east. 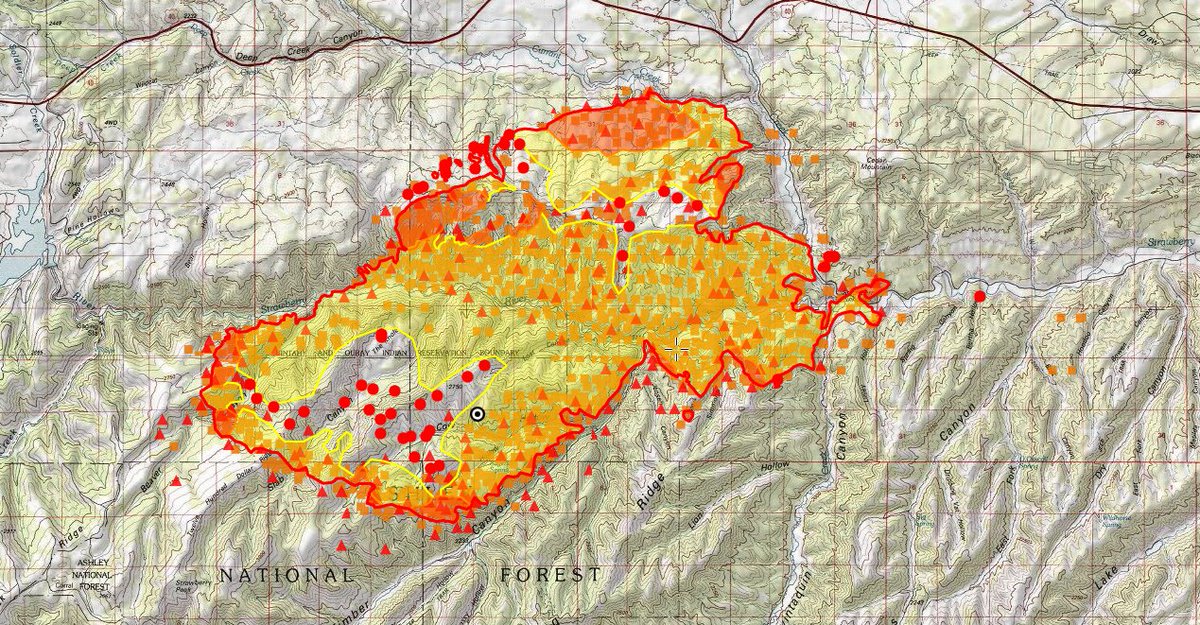 Read about insurance tips and what to do during a Wildfire Season, brought to you by the Utah Insurance Department via the State of Utah.  https://insurance.utah.gov/featured-news/insurance-tips-for-wildfire-season