A very large brush fire is burning in the area of Vickery, where it reportedly started on SR 512 and Portland Avenue in Pierce County, Washington on Friday, July 13,2 018. The fire had spread to about .5 miles and reached a home in the area, where it is now being impacted directly by fire.

Washington Patrol has only one lane in the westbound direction of SR 512.  All eastbound lanes are open but there are reports of a MVA in the area. 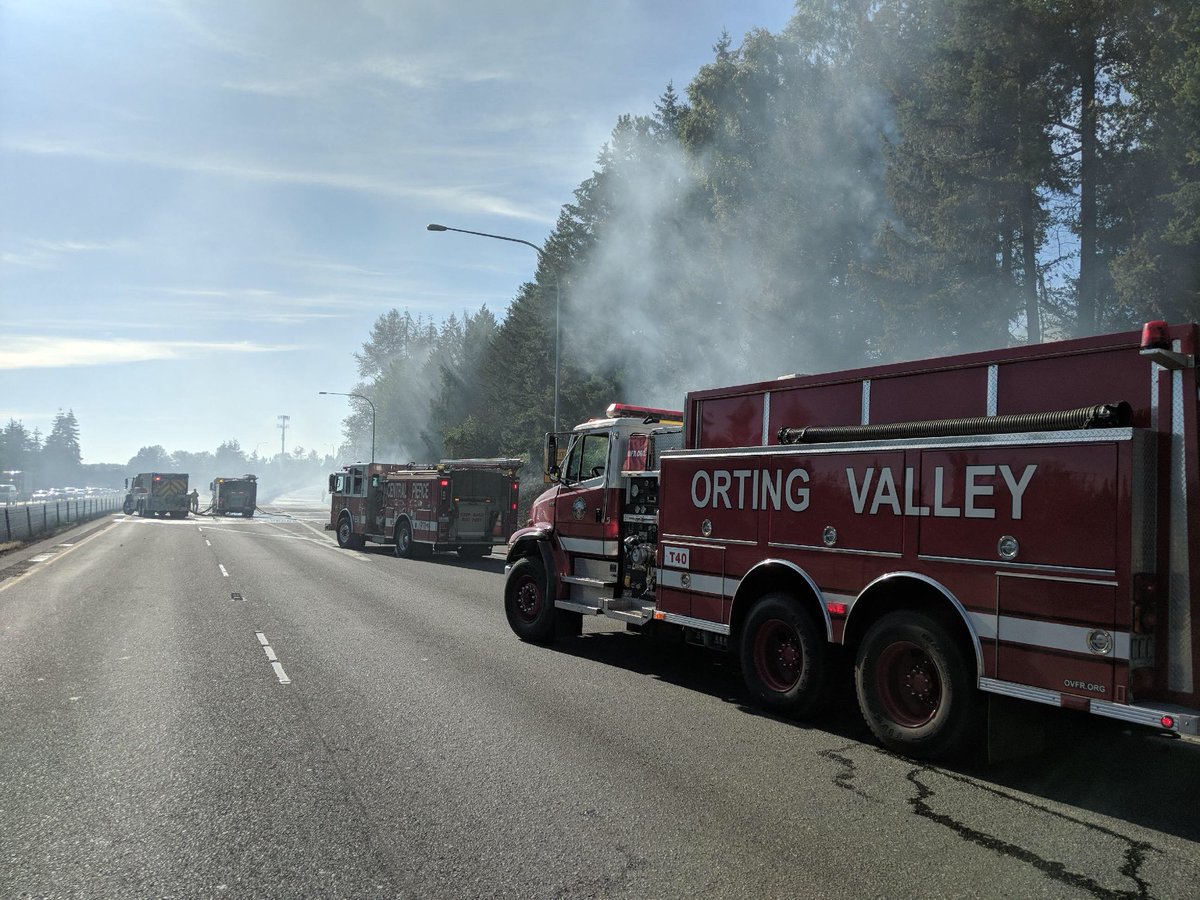 No exact cause is known and is under investigation.

Due to dry weather, both now and in forecasts, Pierce County’s Fire Marshal, in partnership with the Pierce County Fire Chiefs’ Association, has declared a countywide burn ban effective Thursday, July 12 at 8 a.m., until further notice.

The burn ban applies to all land clearing and yard debris outdoor burning. The ban does not apply to small recreational fires in established fire pits at approved campgrounds or on private property with the owner’s permission.  The use of gas and propane self-contained stoves and barbecues are allowed under the ban.

If you have an approved burn permit from the Washington State Department of Natural Resources (DNR) and/or your property falls under the jurisdiction of DNR, you are advised to call 1-800-323-BURN for more information.