Firefighters were called  out on Saturday night at 2122 hours PDT to respond to a dryer fire in the building located in the 4300 block of 29th Avenue South in Seattle, Washington.

Firefighters quickly egressed and ten minutes into the incident, it was determined the first arriving units could handle as a single response, lealving Engines 13 and 30, Ladder 3 and Battalion 5 on-scene.

Fire was reported as under control with no preconnect.  A ventilation system was put into place.

Engine 30 was working with the challenge of shutting off the continuous spray of fire sprinklers.  They were finally shutoff at 2142 hours.

There were no reports of any injuries to citizens, residents or firefighters.

The cause is currently unknown at this time, as firefighters to continue with fire operations.

Firefighters are yet again on another large blaze this weekend.  Seattle Firefighters were dispatched on Saturday morning around 1051 hours PST to a 2-alarm fire in a vacant building located in the 600 block of South Roy Street.

First due units reported heavy smoke and flames in the vacant building.  Due to heavy fire and unknown interior conditions of the building, crews were being forced to fight it from the outside; a defensive operation.  No fire crews were allowed inside the building.

The Fire Department was encouraging those who live in the area to close their windows due to heavy smoky conditions to prevent smoke inhalation. 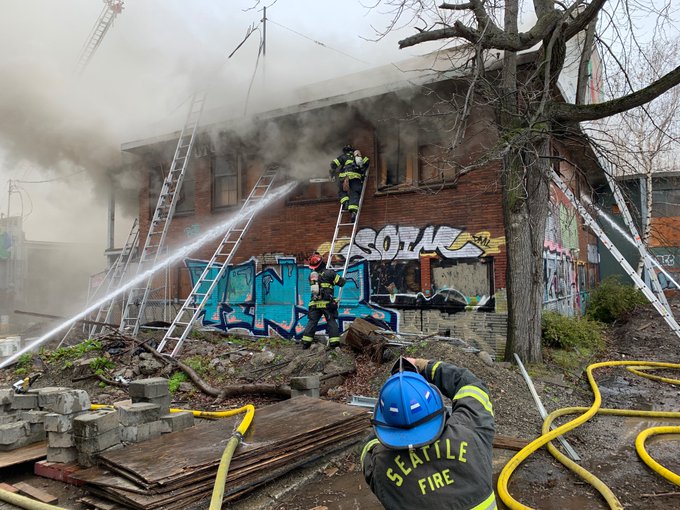 A wall on the Delta side was starting to bow out (around 1227 hours) and command asked crews on this and Charlie sides to watch the structure.  All firefighters were out of the collapse zone.

After almost fighting the fire over a period of two hours, fuel tanks were beginning to run low.  A fuel truck was requested to assist with several companies.

We are covering this incident with Live Updates on Twitter @nwfireblog 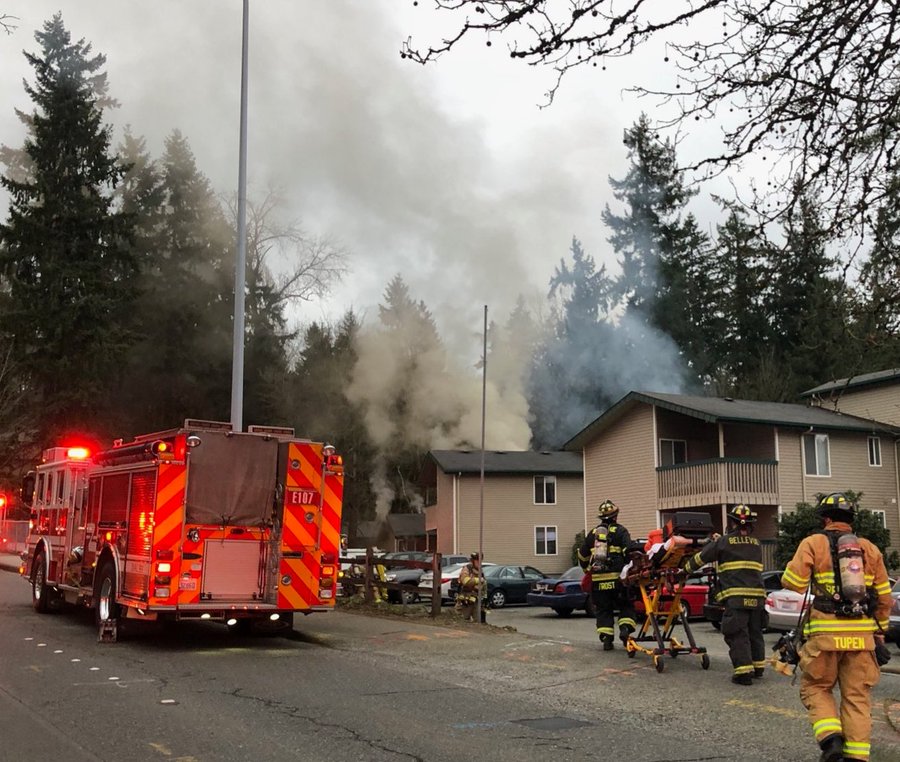 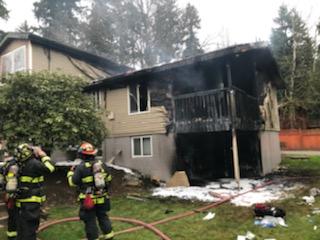 Winston-Salem, NC – A fire broke out at the former site of Brown Elementary on the corner of 12th and Highland around 8:26 PM EST.

Heavy fire was seen from the rooftop and reports of the 2nd floor collapsing.

The Thomas Water Plant provided an additional pump to assist crews with water supply.  At one time there were four elevated streams and five hydrants in operation.

A primary and secondary search were conducted in the fire building and to the Bravo and Delta exposure sides.  Nothing was found.

At the same time, additional fire resources were being dispatched to another location for a possible unknown type of fire at 38 Elm Street but turned out to be just alarms sounding.

Fire Investigators were dispatched to the scene. 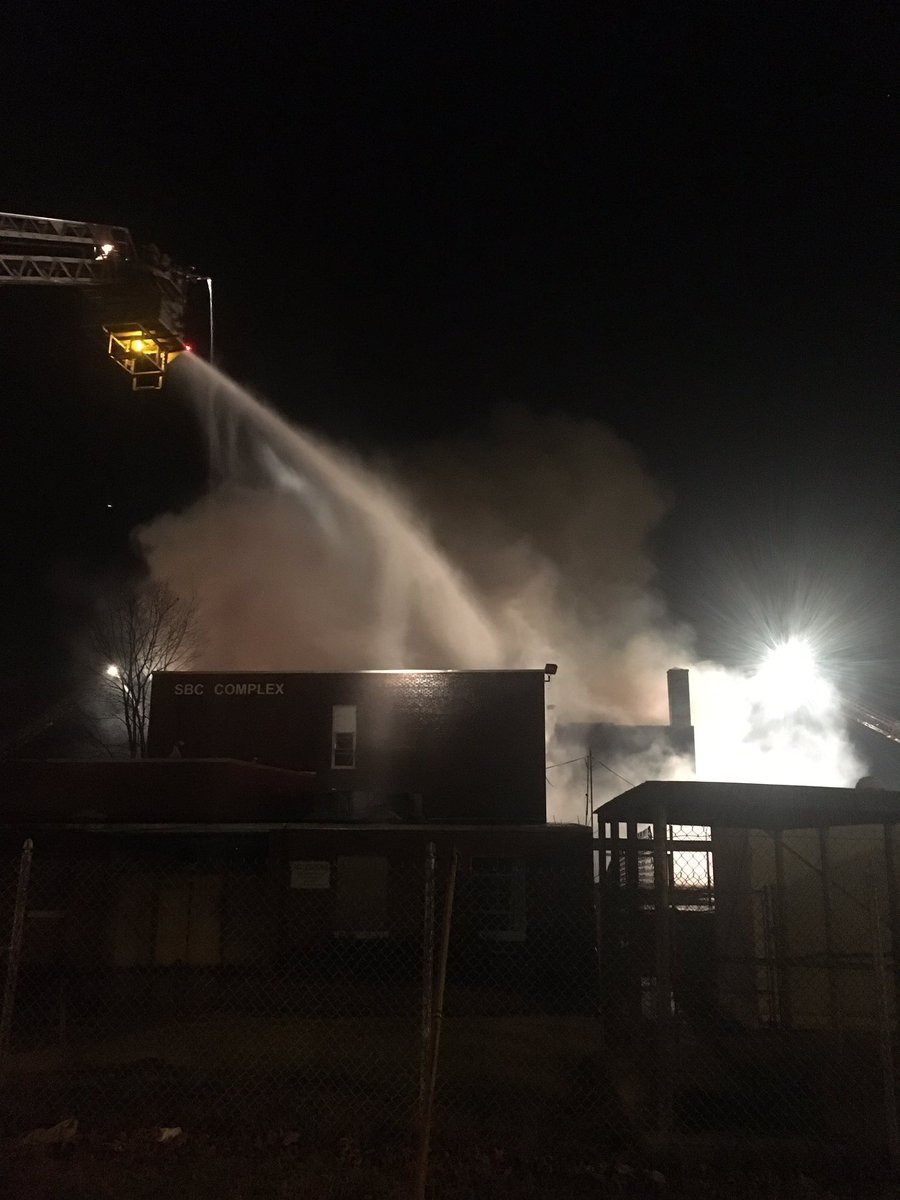 After fire crews arrived on-scene they reported nothing seen or found.  Units 2X, 4X, 7X, L1X, L2, E2, E5 and B3 were slowly being put back in service.

Cause is unknown at this time.

Photography Credit of The City of Salem-Winston (North Carolina)