One of our favorite places to travel to, is small-town feel Ellensburg located in the eastern portion of the State where we often hang out in a nearby location to watch to see if WA DNR’s rotors are flying or outside their quarters to be captured in time.

However, today, we are home safe and away from all of the chaotic snow mountainous activities. We would love to go up there but since passes are somewhat still closed – we will just wait until the coast is clear.

Here is what is happening in Ellensburg, located in Kittitas County, Washington.

The City is currently clearing massive amounts of unprecedented piles of snow berms, roadways, and from sidewalks. Graders, front-end loaders, and other pieces of equipment have been seen around town. Employees are working around the clock to clear snow as quickly as possible.

“If a road looks like it’s not accessible or hasn’t been plowed yet, avoid driving on it if possible. The large snow berms in the middle of the streets will eventually get picked up. Emergency services are still online. Please call 911 for emergencies. Stay off the roads if you can.” – City of Ellensburg

On Friday, January 7th, the Central Transit (bus service) had suspended all services. The City and HopeSource were working together to clear all bus stops and shelters cleared of snow, so the service could resume on Saturday.

Truck drivers trying to move freight have found themselves stuck in Ellensburg due to snow and road closures.

They have been stuck in the last three to five days and will get their opportunity at moving once again as Snoqualmie Pass has been reopened this evening at 1700 hours. They are considered priority traffic to help get the economy moving again.

Was your home damaged by snow and ice? Check out FEMA’s Disaster Assistance by either 1) going online, 2) go to the FEMA app or 3) call FEMA for assistance. Here is a PSA flyer for further assistance.

Local fire units were dispatched through KITTCOM at 1202 hours to a wildfire burning on Koffman Road, less than 10 miles east of Ellensburg (Kittitas County), Washington State.

The incident was quickly upgraded to a four-alarm fire due to structures being threatened, high temps, low relative humidity and winds.

For almost four hours, both ground crews aided by aircraft dropping water and retardant from the air. Additionally, they were helped with private landowners who have dozers and fire department equipment to further stop the forward progression of the fire.

During the course of the incident, they were faced with hot temps, high winds, low relative humidity and dangerous conditions.

LEVEL 3 evacuations were issued for residents in the Park Creek Road to Clerf Road areas. This means GO NOW!

LEVEL 2 evacuations were issued for residents in the Park Creek Road to Koffman Road. This means GET READY!

The fire burned about 425 acres and is currently 90% lined. Firefighters will continue to staff and provide point protection. Additionally, two WA DNR copters 339 and 344 were on-scene but have now been released (1625) with already returned aircraft to their bases.

One primary home was lost along with six outbuildings. 425 acres were scorched.

Two Fire Investigators were requested to the scene. One, was responding right away and while the other will be arriving around 2000 hours PT.

The preliminary cause for this wildfire is currently unknown, as well as if and how many injuries were suffered from the fire.

Another update will be posted once cause is received or significant fire active occurs.

Around 1600 hours this afternoon, a wildfire broke out at Milepost 11 off of I-82, approximately 11 miles South of Ellensburg, Washington.  A  car fire extended into 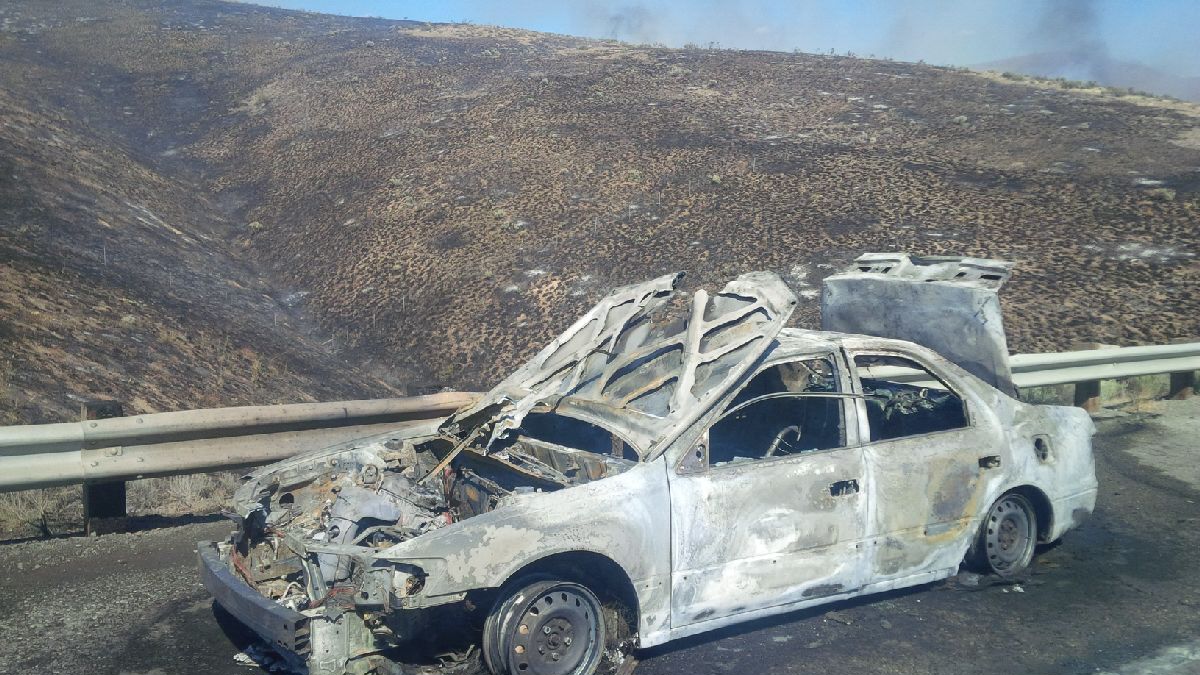 nearby dry brush immediately setting it ablaze.  Within a short time, WSP PIO Trooper Brian Moore tweeted the fire had a rapid rate of spread quickly burning from one-half acre to 25 acres.

AS of 1800 hours PDT, the size of the fire has grown to 200 acres as winds have picked up.  Fire crews and one military helicopter are work together.

We are working to find out what resources have been called in, who the Incident Cooperators are and what the newest update on the size as the last one was tweeted by WSP PIO Trooper Brian Moore about 45 minutes ago. 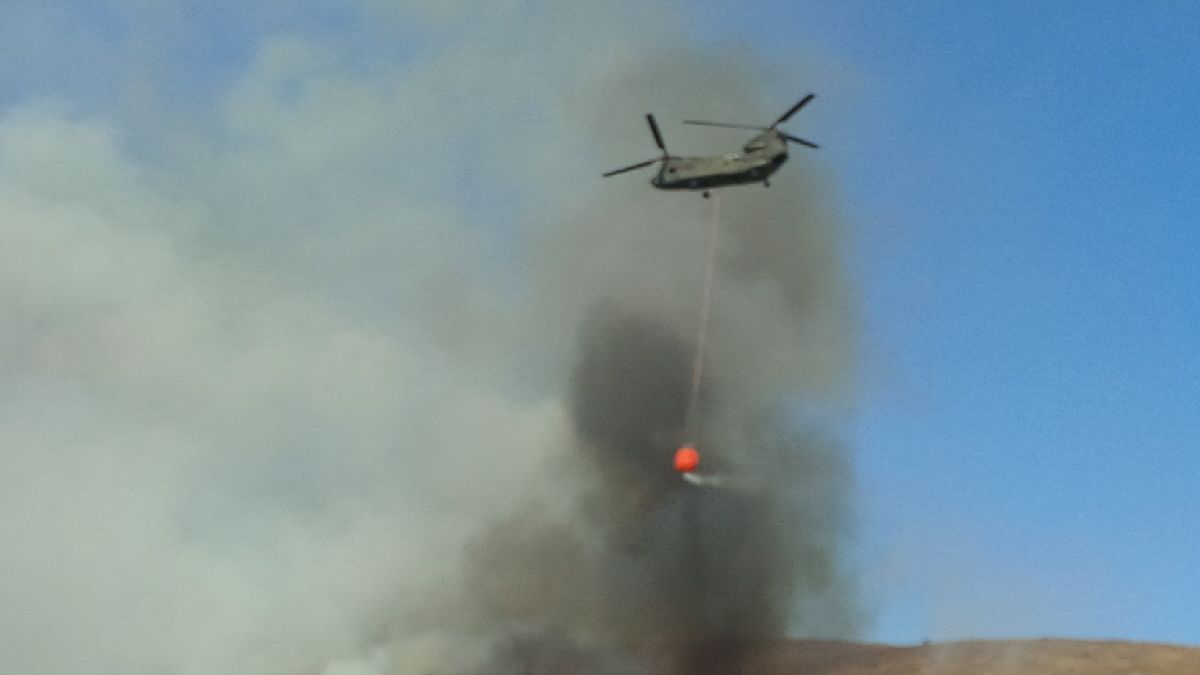 It is currently 91* degrees with 99% humidity and winds from the NE @ 4 m.p.h.  Visibility is currently at one mile.

As there is no Command Name established yet, we are naming this wildfire and using the Hashtag #I82Fire.

After more fire details are received, we will update all of you and our Social Media pages.

This is nearby the area. As you can see it is very smokey. (Credit: WSDOT Traffic Cam)

Thank you for following and reading our Post!  Please be safe out there, friends.