New York, NY | Most of us all know the horrendous events that occurred on September 11th in the year of 2001 and the many lives that were lost.  We remember those events on this 18th year anniversary, never forgetting those who were lost on that day and the weeks, months and years after.

We. Will. Never. Forget. is a Tribute to the staggering numbers of those lives lost on this day. We will always remember who they were, what they stood for and the sacrifices made. We always remember you.

This was considered as the deadliest terrorist act in world history and most devastating attack on the United States since the attack on Pearl Harbor (Hawaii) on December 7, 1941.

Tomorrow our nation will pause to recognize the day we were attacked by violent extremists on our own soil. Please take a moment to also remember our exceptional first responders, our men and women and uniform, and all our loved ones who were taken from us too early. #NeverForget pic.twitter.com/ezJueakT38

“We solemnly remember the individuals who perished on #September11, 2001. In honor of those who lost their lives, the President calls upon U.S. agencies to display the flag at half-staff and Americans to observe this day.”

“On this 18th anniv. of the killing of Detectives Robert Parker & Patrick Rafferty, NYers are reminded of the supreme courage that NYPD cops display each day in the face of very real dangers. Our city is a far safer place now because of them & the work they inspired.”

Today, only footsteps from where the world witnessed the worst act of terror on U.S. soil, we honored the men and women in blue who ran toward the danger. Cops who stood tall and proved the NYPD will always be there for its city — no matter the cost. We will #NeverForget. pic.twitter.com/27UGrhKnGI

“I was sitting in a training class at Kent State University that day as a young Sgt. when pagers started going off all around the room. Finally got a chance to visit the 9-11 Museum in NYC last October.  So moving.” 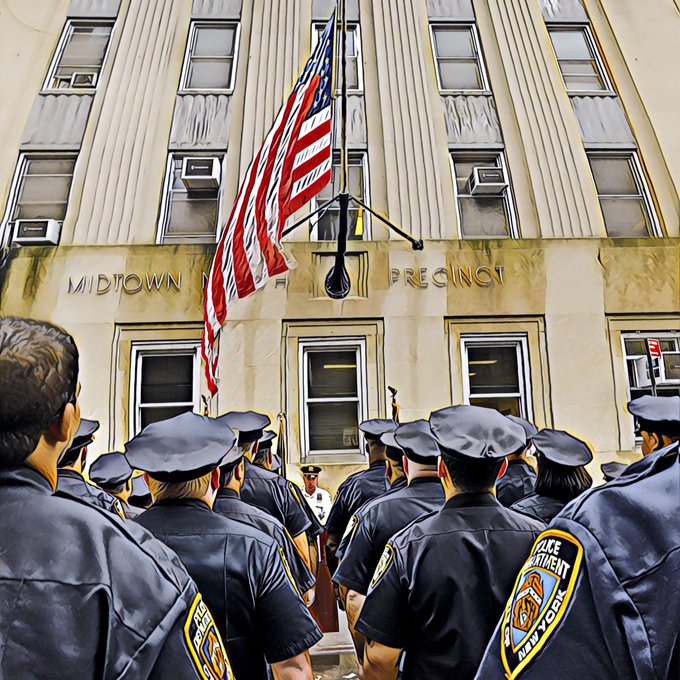 “Tomorrow at 8:46 a.m., please join us in front of the precinct (306 West 54th Street) as we observe the National Day of Service and Remembrance, never forgetting the 2,977 innocent souls who were senselessly taken eighteen years ago.”

Thank you to all those who represent the Fire Service, EMS, Law Enforcement, Disaster Search & Rescue, Emergency Services, Healthcare and Emergency Management professions and everyone in between. We know that hearts are breaking everywhere as we all remember the sacrifices given on 9/11 and even to this day.  We give you a heartfelt thank you and sending love to you for what you do everyday. – LR Swenson/Blogger/Editor