WEST SEATTLE, Wa. | Seattle Firefighters and resources were dispatched to the 5400 block of 44th Avenue SW at 1835 hours PST for a house (Single Family Residence). 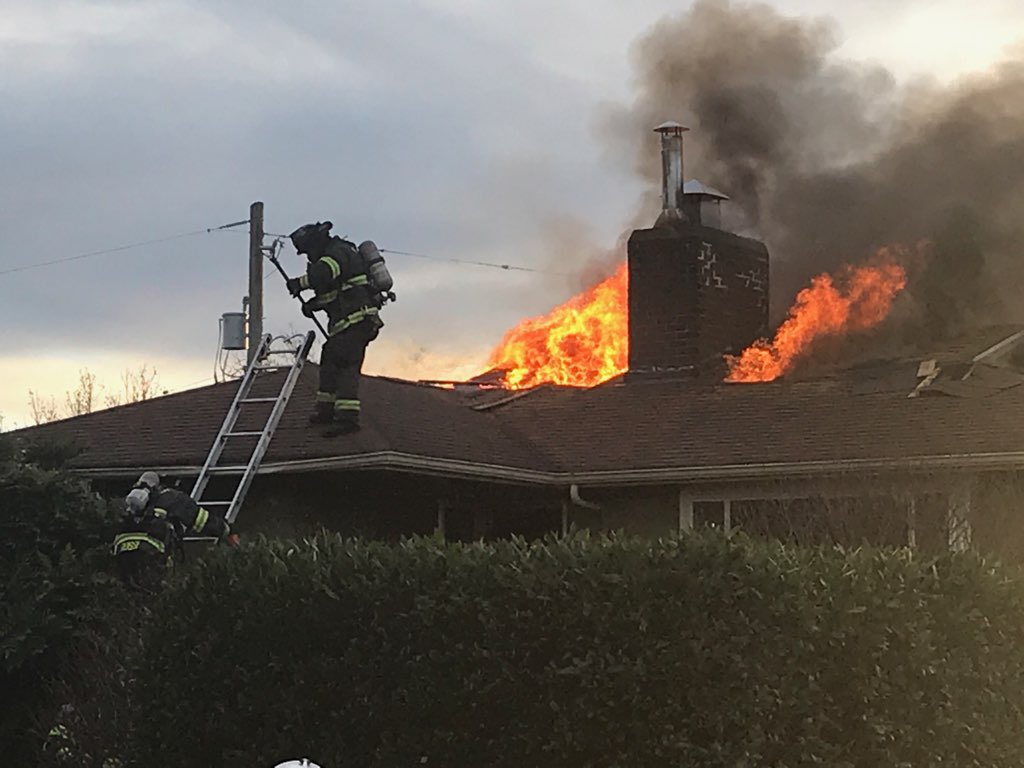 Resources quickly descended upon the structure immediately setting up a water supply (established at 1845 hours).

The fire was deemed to have one vent with a hole, which fire was presenting itself. (1847 hours).

There was a 360* conducted and fire was deemed to not be in the basement of the home. There were reports of a leaking propane tank in the rear of the home.  Firefighters put water on the tanks.

Fire was reportedly burning in the attic, but firefighters quickly doused it with water and cooling it.  The fire was brought under control and firefighters were working to pull ceiling to locate any hot spots within the structure. Additionally, crews were tasked and cleared with nothing found during their secondary search.

Units were going back in service .  The incident timer which reached 40 minutes from the dispatch time was discontinued. (1918 hours).

“Firefighters were on-scene at the 5400 block of 44th Ave SW for a report a mainly exterior fire at a residential home. Crews have water on the fire.” (1842 hours)

“Residential fire at the above address is under control. No reported injuries. Fire Investigators responding.” (1852 hours)

We are using the following hashtag(s) | #SeattleFire #HouseFire