The Woodbury Fire is burning on the Tonto National Forest in a remote area of the Superstition Mountains, approximately five miles northwest of the town of Superior, Arizona.

The fire ignited by an unknown source on Saturday, June 8, 2019, that has been deemed to be human-caused. The exact type of ignition has not been released and the cause is still under investigation.

It is deemed as a human caused incident that is still under investigation. 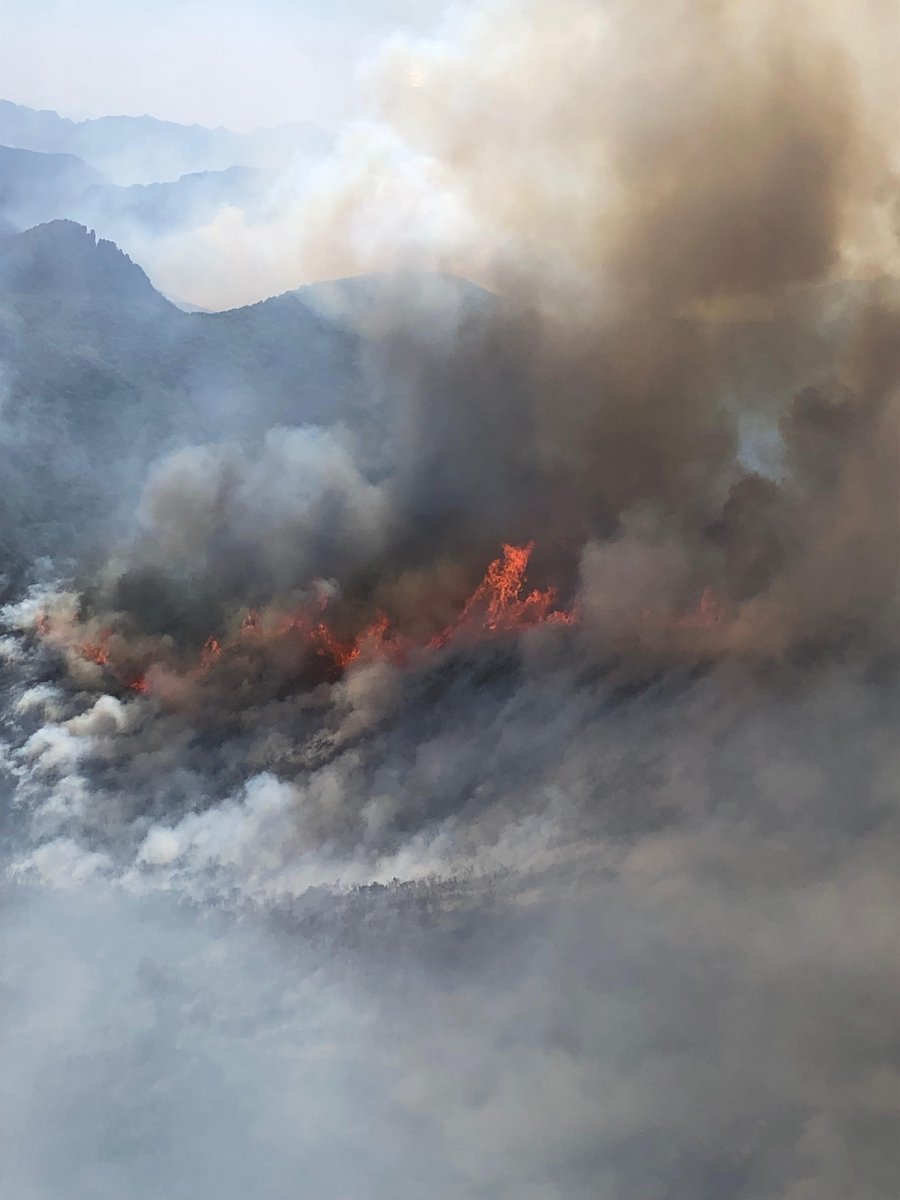 About 786 fire personnel are assigned to this include  20 crews, 33 engines and seven helicopters from the following Agencies:

Additional Incident Cooperators include the following:

These are the many faces behind those who help manage all aspects of a long-term or large incident. 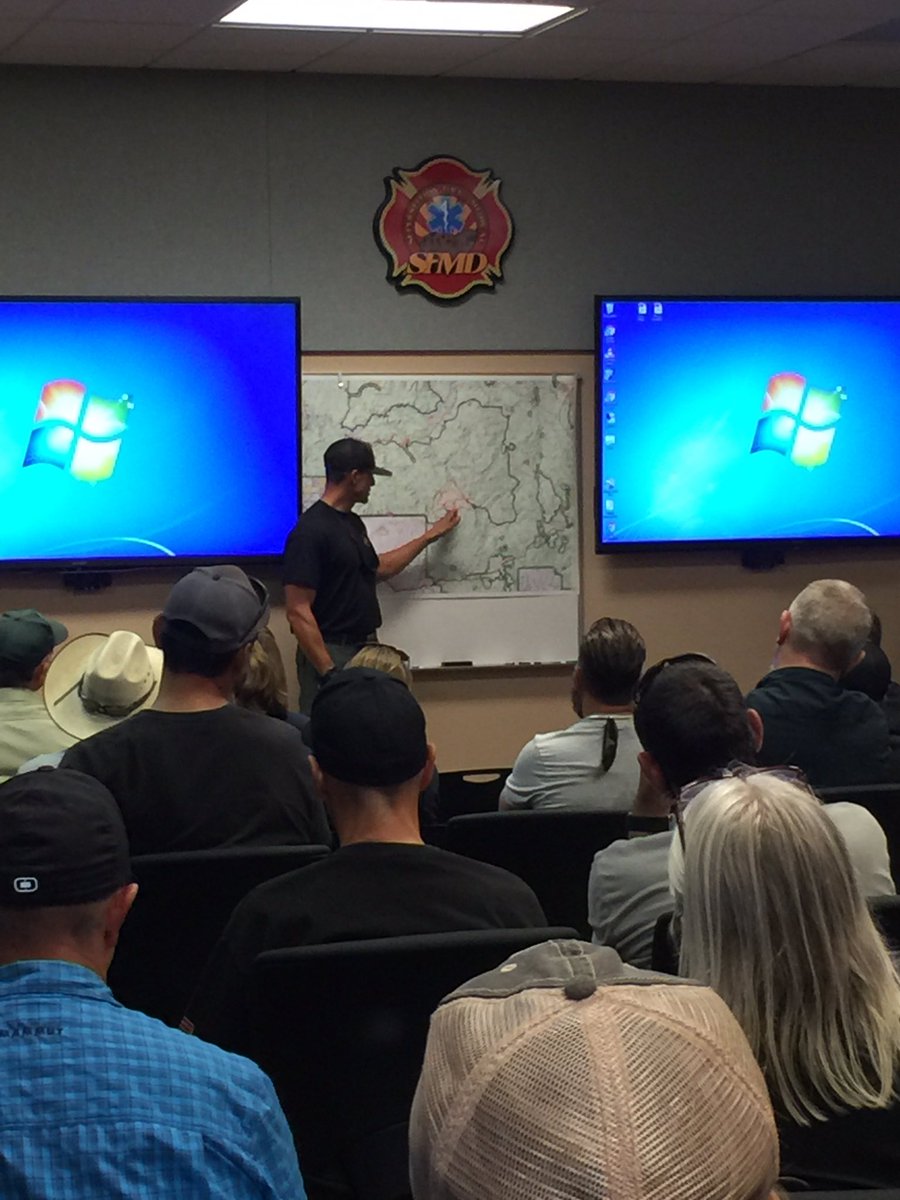 Public Community Meetings have been held all week and presenting to the hundred of attendees the who, what, where, when and how on this wildfire by those on the IMT.

Reports of increased smoke and ask from the fire was made public to make them aware that it may be seen in the communities of Roosevelt and the Tonto Basin and along the Roosevelt Lake.

Fire Fact | Large wildfires such as this one, can create its on fire weather and we are not talking about sunny days but wind-driven, rock pelting and hazardous conditions in-a-kind-of-way for those that fight it from the sky and ground.

The fire is so huge it can now bee seen from Scottsdale, Miami and many other places around the area. (See Social Media comments) 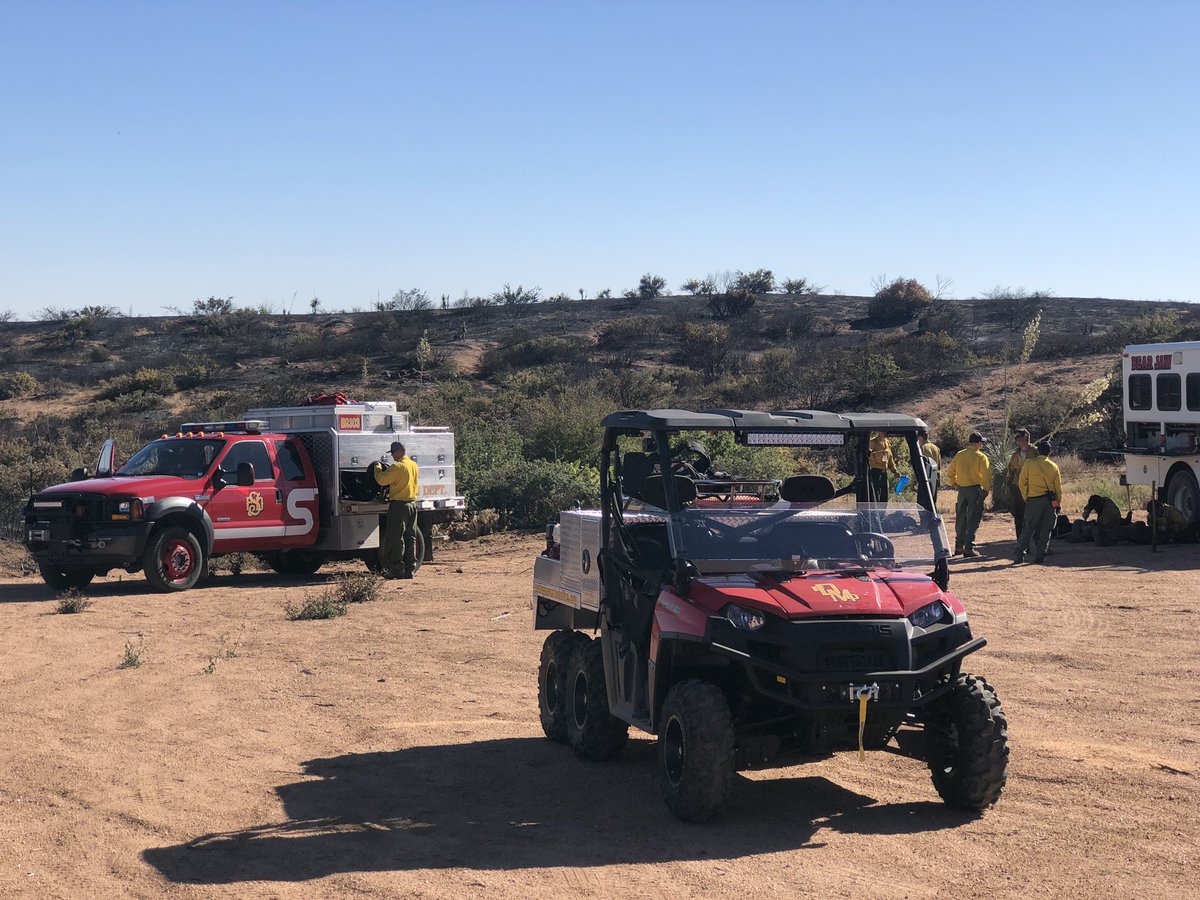 Fire Facts | 44,451 acres of tall grass, brush and chaparral has been destroyed. Crews have reached a 15% containment status. – Tonto NF

As the fire creeps closer to the Roosevelt Lake area, officials are now issuing evacuation orders on a voluntary basis. 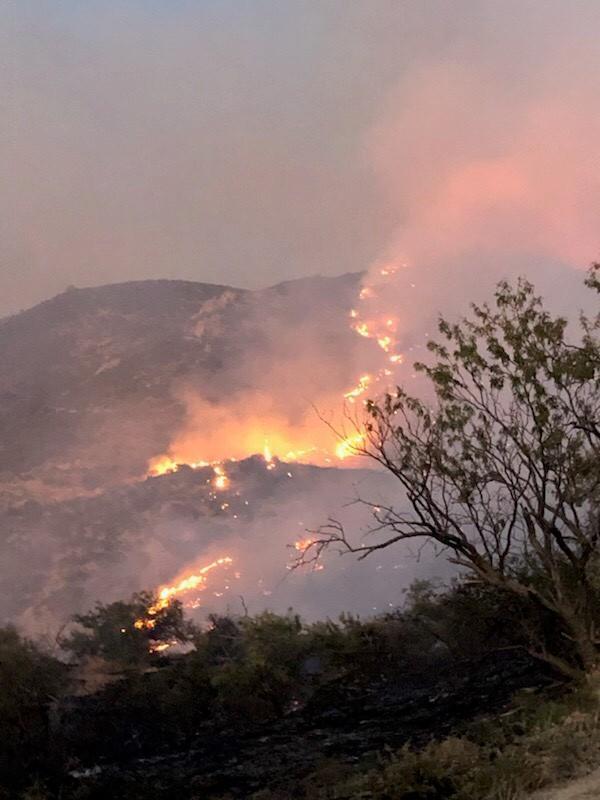 Social Media users are reporting eyewitness accounts of what has been unfolding out near their homes, businesses and news outlets.  Here is what they are saying (we have mostly paraphrased them):

“Smoke visible from the Sky Harbor, making visibility on approach no that great.”

“Smoke from the fire could be smelled from 30 miles away. It also burned my eyes.”

“The unsettling feel when you can see smoke from this fire, let alone any fire from downtown Phoenix.”

“The fire has tripled in size.”

“Over 700 personnel. Hoping they’ll have contained by July 1st. No signs of rain to help firefighting efforts.”

“Smoke and ash in Globe.”

“Smoke can be seen from Queen Valley, Gold Mountain near Tortilla Flats.”

“Smoke plumes could be seen from Saguaro Lake.”

“Fire is visible from the ICP, about 7 miles from the Peralta Trailhead.”

“Fire has grown to about 5,000 acres. Gold Canyon and Apache Junction still safe. No structures in danger. Fire is in the wilderness about 10 miles northwest of Superior, Arizona.” – SFMD

“It’s rare to see smoke in the Phoenix metro area. ”