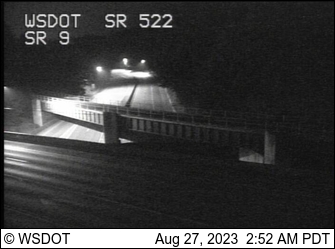 The #ProctorCreekFire was spotted burning in the heavily loaded fire fuels of logging slash and timber on May 13th.

The fire is approximately 5 miles East of Gold Bar in Snohomish County, Washington.

At the base of the of the hillside where the fire is burning is private land.  Local Firefighters were first due with additional State and Federal fire personnel arriving quickly.  The top of the mountain was stated it is 99% DNR land.  All local, State, Federal and other jurisdictions were working in a Unified Command system.

DNR personnel were dispatched at 1611 PDT to the scene where they were faced with a brush fire turned large not contained wildfire. 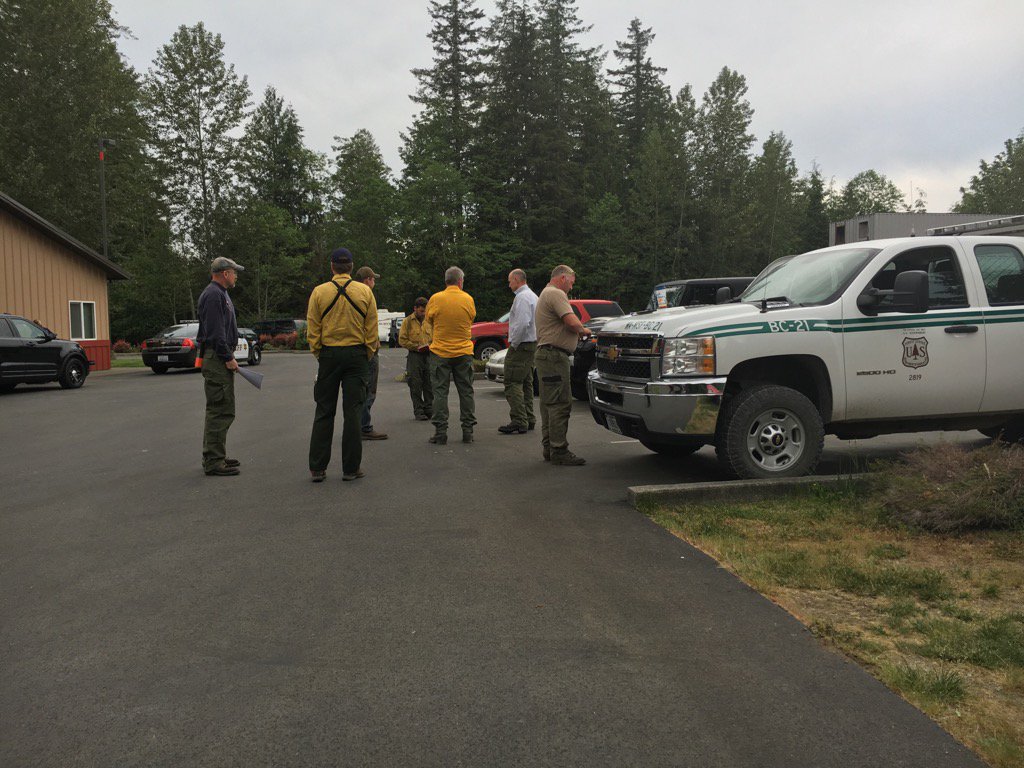 The fire has burned up to 325 acres from its initial report of being spotted at 15 acres.  Due to high winds and dry fuels, this fire increased quickly.

The cause is still under investigation and unknown at this time.

Rain had been occurring over the County, hitting the fire ground for both the #HotShotFire located near #Oso and this fire #ProctorCreekFire (DNR’s designator) and #GoldBarFire since the latter part of the morning.

This has helped crews gain control of the fire bringing it to a 20% containment status. 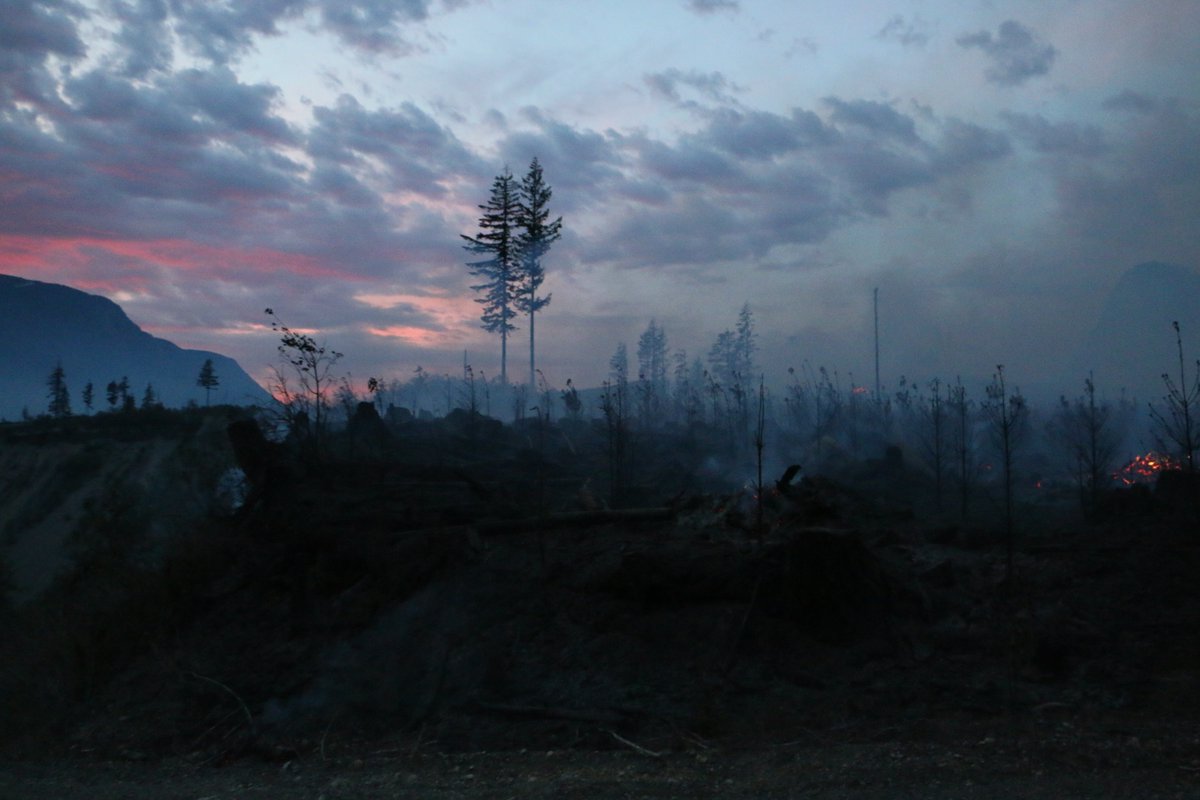 There are still 100 fire personnel assigned to this incident.  No injuries or deaths have been reported. 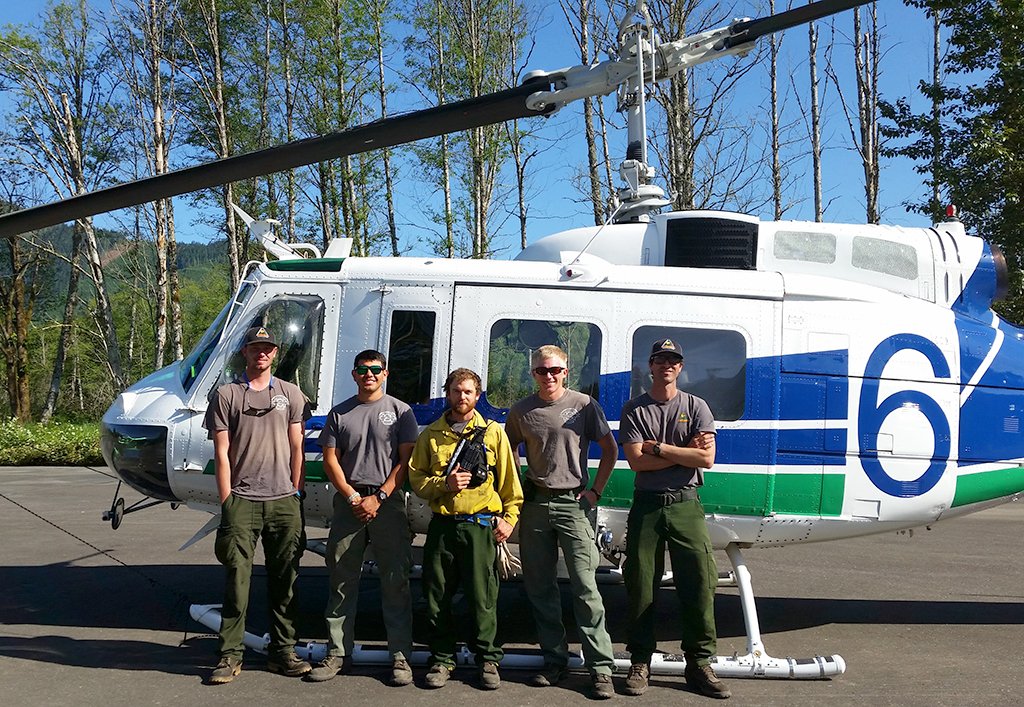 The #ProctorCreekFire was spotted burning in the heavily loaded fire fuels of logging slash and timber, located at the 4200 block in Snohomish County’s Highway 2, just off of Forest Road 62 in Gold Bar, Washington on May 13th.

The fire is approximately 5 miles East of Gold Bar in Snohomish County, Washington.

At the base of the of the hillside where the fire is burning is private land.  Local Firefighters were first due with additional State and Federal fire personnel arriving quickly.  The top of the mountain was stated it is 99% DNR land.  All local, State, Federal and other jurisdictions were working in a Unified Command system.

DNR personnel were dispatched at 1611 PDT to the scene where they were faced with a brush fire turned large not contained wildfire.

Resources on scene include:

A Historical outline of events taken place on this fire are listed here with the most current first to the last (start of the fire).

Briefing held this morning by Snohomish County Fire District #7 PIO and they reported it was raining on the fireground.

Aerial view of the fire.  Fire has reached 325 acres burned with the assistance of Snohomish County’s Helicopter via Aerial Mapping. 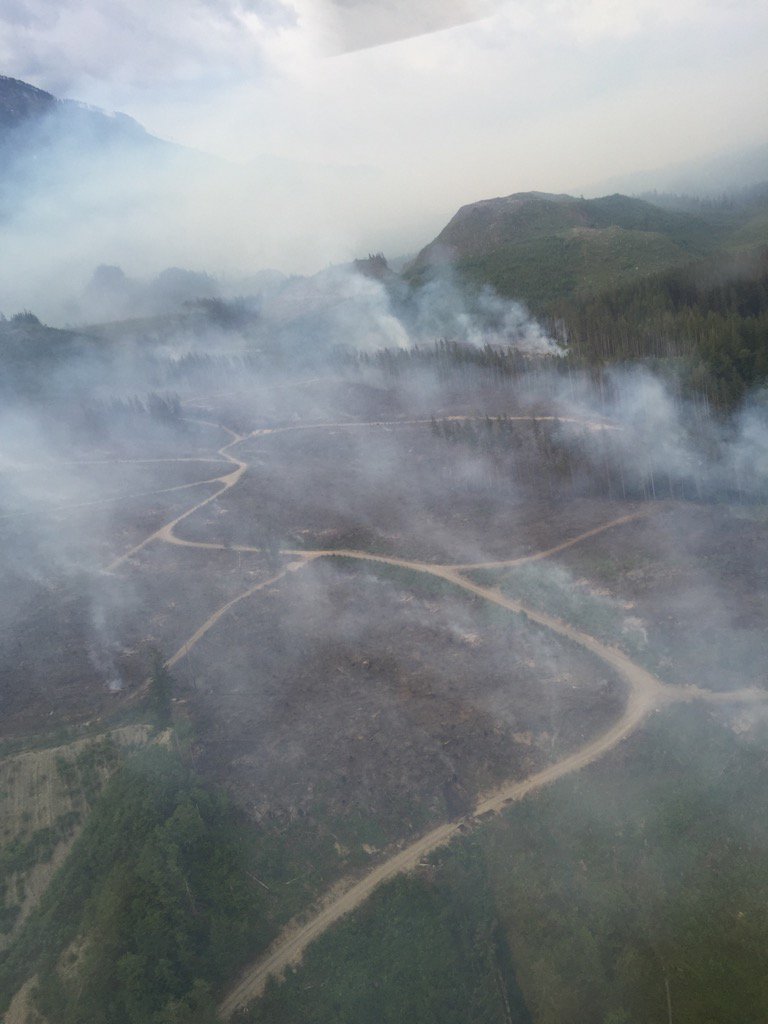 Firefighters were more than grateful and thanked all of those who donated fluids and goodies to them. 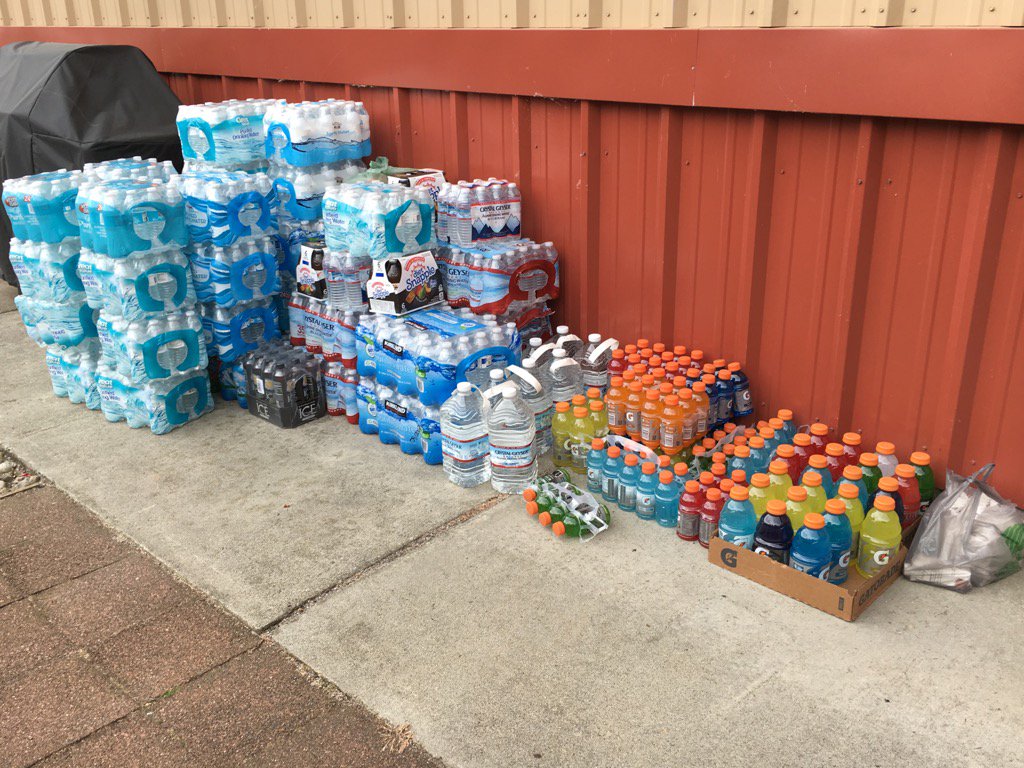 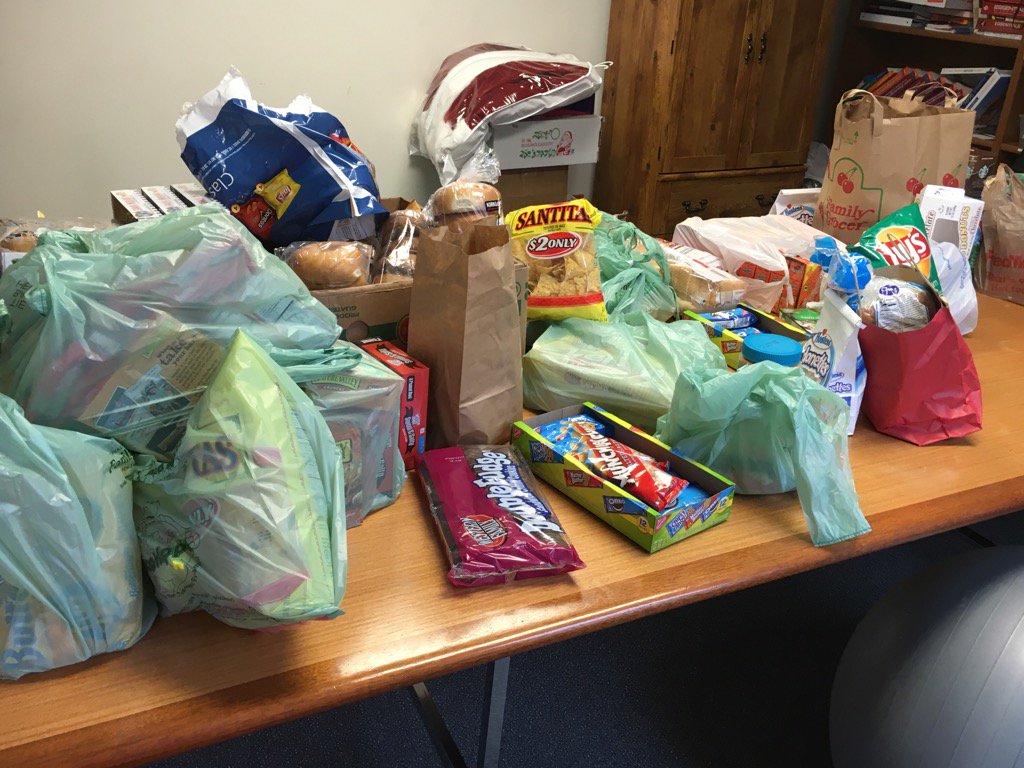 The wind had died down.  A photo shows heavy smoke and flames in the distance, a fire monster itching to start up again.

The fire was active with a fast forward spread occurring.  Hot spots were starting all around crews and with the aid of Snohomish County’s SnoHAWK10 in the air.  The fire had burned 30 acres quickly.

The wildfire was said to have a 0% containment status and presenting a heavy thermal column.    It was reported as being a wind-driven fire as winds were beginning to pick up.

Access was difficult for firefighters due to the tough terrain.  The Snohomish County Sheriff Office’s SnowHAWK10, a Huey helicopter had been brought in to assist with water drops.

A 2nd Alarm was called.

Snohomish County is providing a staging area for the WA DNR fire crews, equipment and additional resources (see photo below).

Almost 3 hours later, there were several spot fires with one extinguished (probably more but did not hear it on the Scanner) and a fire on the South side of the drainage.  It was currently South of their current position.  Fire was growing rapidly.

Within thirty minutes, a Jurisdiction 1 Engine had arrived on scene.

A Level Evacuation Order was given to the residents on the South side of Hwy 2 between 437th Drive SE and FS Rd 62.

Concerned neighbor, Jessika Marie has probably seen a lot happening in her neck of the woods as she has lived there 30 years.   Living  near the Gold Bar Fire, she shares photos taken at 2300 last night, when the acreage count was at 120 acres. Update: on 5/14/2016, she stated the count was to 200+ and later that it was raining in the area.

The fire was moving towards homes and an elevated Level 2 Evacuation order went into effect for the same area, affecting 26 homes.

The current weather was at 59-degrees with 0% of precip, 66% humidity and winds up to 11 mph.  Rain was expected to hit the area on Saturday.