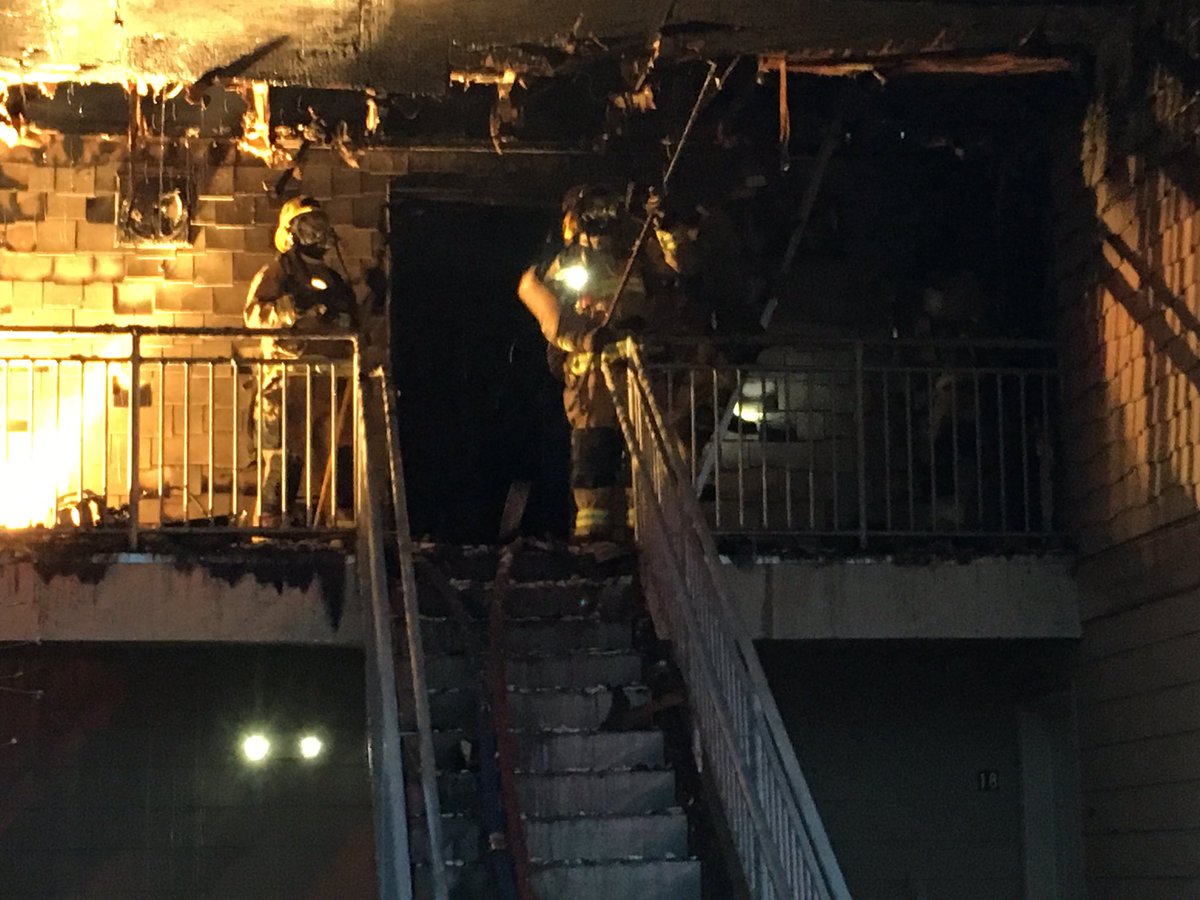 Resources on-scene were from Lake Stevens FD, Everett FD, Woodinville FD, Duvall Fire District #45 and Snohomish FD.  Monroe PD assisted with traffic control duties and the transported the injured kitty to a local vet after Firefighters brought it back to life.

A total of 19 residents have been displaced by the impacted by the fire.  The American Red Cross is currently assisting the families.

Quickly egressing upon the fire, firefighters were able to put the fire out within a short amount of time.  After the fire was tapped, they immediately checked for any hot spots or extensions. 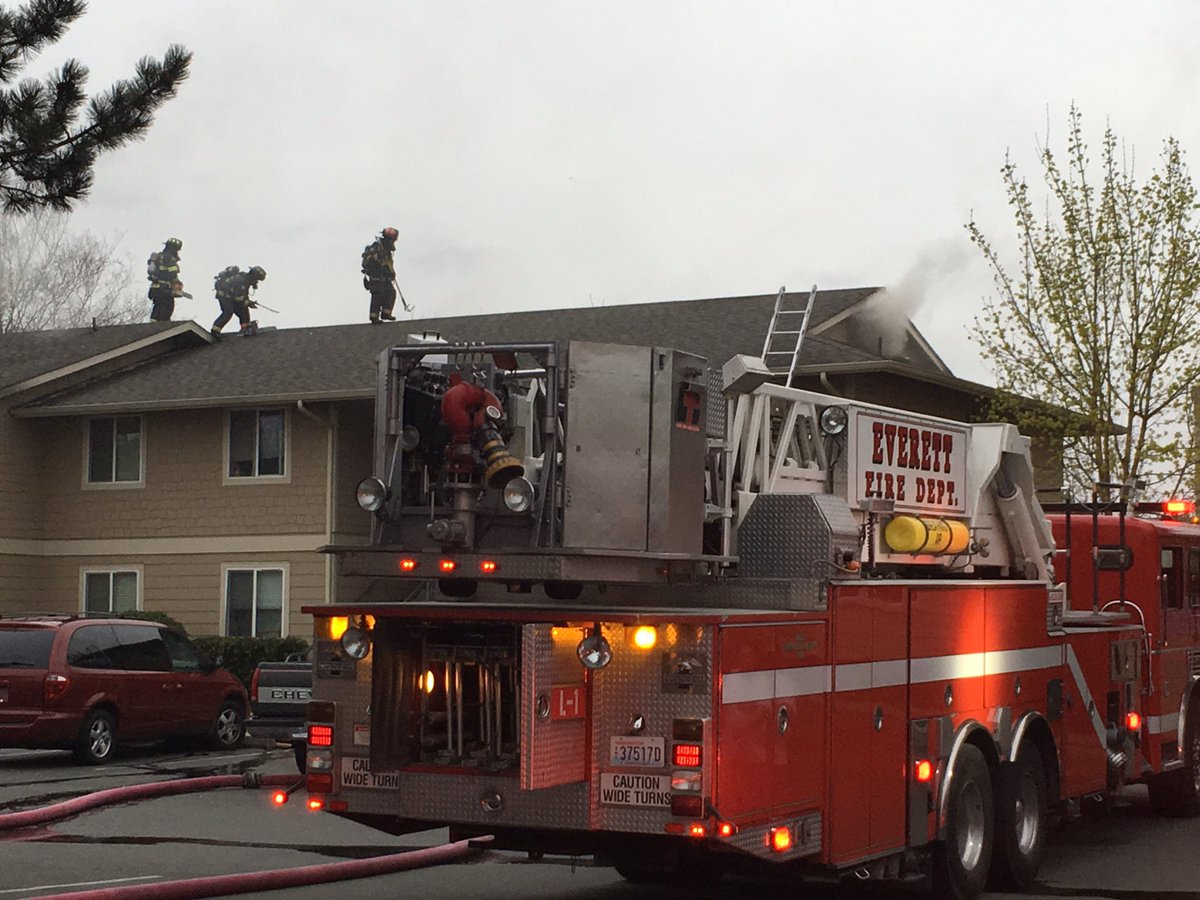 After conducting primary and secondary searches of the apartment unit, they found no humans home but their four-legged family member was found.  Firefighters extricated the unresponsive feline and began giving it oxygen and ultimately saving its life.

No one was inside the apartment at the time of the fire.

Firefighters found 1 cat and were able to give oxygen and revive. @MonroePolice is transporting the cat to a local vet pic.twitter.com/llISKVoJRm

All-in-all, there were a total of eight apartment units affected by the fire.

Resources on-scene and assisting with firefighting and containment efforts are from the Lake Stevens FD, Everett FD, Woodinville FD, Duvall Fire District #45 and Snohomish FD.  Monroe PD was also on-scene for traffic control and one of their Officers transported the injured kitty to a local vet in the area. 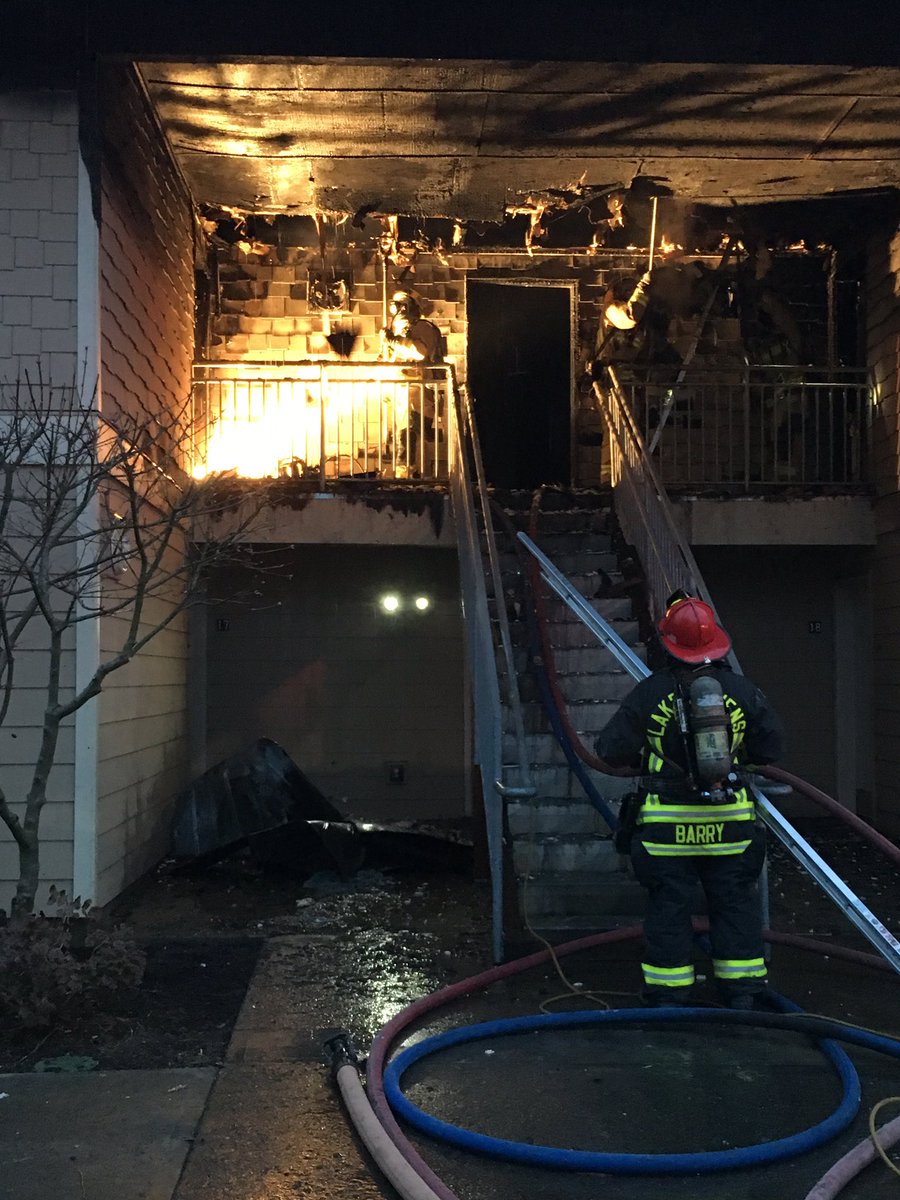 It was a well-coordinated effort by all whom responded to this apartment fire.

Firefighters evacuated the exposure building.  Firefighters are fighting the fire from a defensive point and are concerned with the top two floors collapsing.  A collapse zone has been established around the burning building.

Some fire apparatus have also moved away from the fire building and out of the collapse zone.

Firefighters continue to work on the rooftop and from the exterior. Check out photo on #Seattle #Fire’s photo. 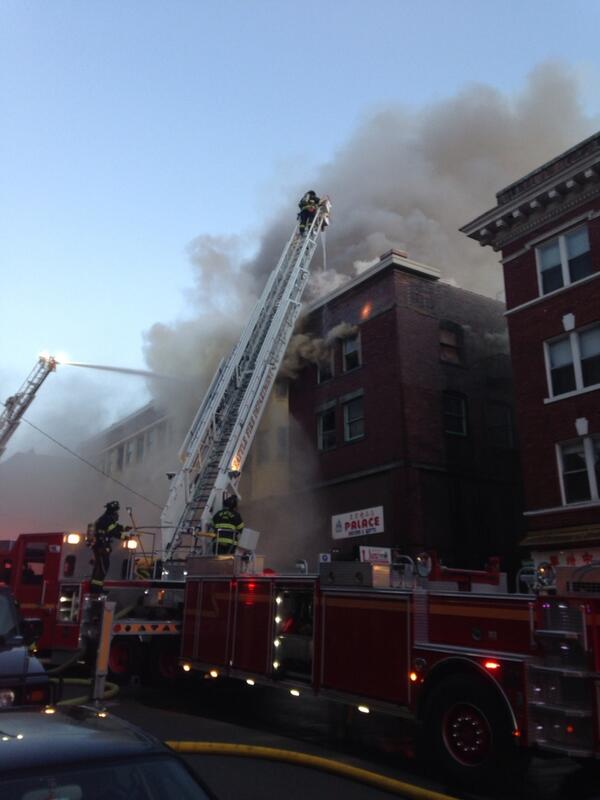 It is reportedly that the apartment building has long been abandoned with a few businesses on the first floor. The rest of the building has been left unmaintained and its structural integrity is in question.

The collapse zone is deemed all of S. King Street by Seattle Fire Department.

There is no cause known at this time as firefighters are still fighting the fire.  Once the fire is out and cooled, then the Fire Marshal will be able to enter the premises to locate the cause of the fire.