A wildfire ignited on Wednesday, December 23rd, which is burning off of De Luz Road and Sandia Creek Drive, northwest of Fallbrook (San Diego County), California. The cause is unknown at this time.

Fire has burned approximately 3,000 acres on land owned/managed by the Military Camp Pendleton base.

At 0339 hours this morning, Camp Pendleton has issued a mandatory evacuation order for the DeLuz Housing, Wounded Warrior Battalion, and Lake O’Niel Campground areas due to a fire near Naval Weapons Station – Fallbrook. Affected personnel were relocated to Paige Fieldhouse.

An impressive but yet scary image of what firefighters are being challenged on the ground and during a pandemic.

Camp Pendleton released this statement at 0905 hours PT: “The fire is holding at 3,000 acres with 0% containment. Fallbrook gate is closed to all traffic except for emergency vehicles. PMO is guiding traffic away from fire.”

Through the Eyes of Social Media

“There is thick black smoke in DeLuz again, probably right where they’re doing a “controlled burn” which is now under the high wind attack.” (1626 PT)

“The wind is so bad right now. Just within the past hour it’s picked up. I was starting to think this was under control.” (1610 PT)

““The Creek Fire began late Wednesday night near Fallbrook and forced the evacuations of at least 7,000 residents from the community of 30,000 next to Camp Pendleton.” (1233 PT)

This is a developing story. Check back with us for more updates or you can visit us on our channels at @nwfireblog (Facebook, Twitter), nw fire blog (Instagram) or find us here.

The United States Navy’s Comfort, a Military Sealift Command hosital ship has arrived to New York City on Sunday, March 29th around 1330 hours EDT (or 1030 PST – West Coast time) and guided in by tug boats to port.  This is in  response to the COVID19 virus response. 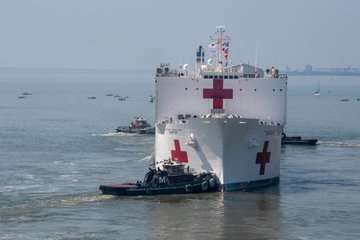 “…our nation, specifically the people of New York, have requested our assistance and we are ready to respond.” – USNS Capt. Patrick Amerbach, CO, Medical Treatment Facility aboard the Comfort. 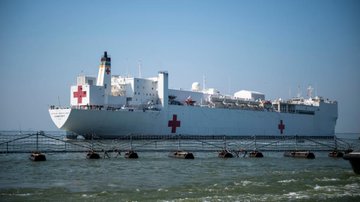 Comfort departed from the Naval Station in Norfolk, Virginia and has a crew of over 1,100 Navy medical personnel and support staff with over 70 civil service mariners on board.  The Comfort is a converted San Clemente-class supertanker, that was delivered to the Navy’s Miltary Sealift Command on December 1, 1987 and is one of two Mercy-class hospital ships.

The Comfort  and Mercy are operated, navigated and maintained by a crew of civil service mariners working for the US Navy’s Military Sealift Command.

Washington State was due to have the Mercy arrive to Seattle, but POTUS redirected it to Los Angeles, California instead.   Washington State is receiving assistance from local Military resources.

A field hospital is being set-up at Seattle’s Century Link to take care of those with non-COVID19 medical needs which will free up local health facilities.  Another facilty is being erected in Shoreline as more cases break out across the State.

The Governor of Washington State issued a Stay at Home. Stay Safe. Mandate for all non-essential employees on March 23, 2020. 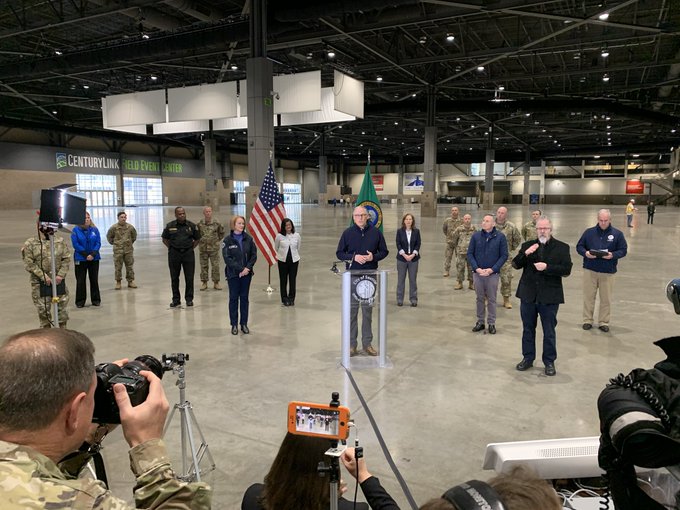 We cannot thank the men and women on these two ships for taking time from their own families to help care for the sick while local Cities are dealing with the COVID virus spreading like wildfire.

This is a godsent gift to Cities and their residents who will benefit from overflow of regular people with regular medical needs that are unrelated to the virus outbreak.  I think, we can say wholeheartedly that we speak for the residents of where these ships are arriving to, that we all will be eternally grateful.

Japan has endured over 100-plus earthquakes since it was shaken by one such major event on Thursday, April 14, 2016, when a 6.2M struck at 2126 hours.  Located 4.3 miles of Ueki and near the City of Kumamoto caused quite a bit of damage and up to nine deaths related to the earthquakes.

Several smaller quakes in the range of 4.3-5.9 continued several times a day on a daily basis.  A second quake of 6.0M that has not been much covered by media or other agencies that occurred 3.7 miles East of Uto, Japan.  The third and most destructive, as well as deadliest was a 7.0M that appeared as a major catastrophic quake with its epicenter 0.6 miles from Kumamoto-Shi on Saturday around 0125 Hours.

At the first glance, initial reports released said there were an additional 32 deaths on Saturday bringing the total to 41 killed.

The PM Office of Japan released a formal statement regarding the status of its infrastructure, search and rescue operations and many other significant events unfolding during their disaster recovery operations.

Approximately, 100,000 have been without power, while 105,000 residents are without gas and a total of 420,000 are without water.  The Government reported they have been handing out water and other disaster supplies to residents.  They were working diligently to get the basic water supply up and running again.

As of yesterday, the Japanese government reported 35 deaths confirmed and 190 have been severely injured.  Those with minor injuries were said to be just over 800 people.   Personnel from the government military forces, Coast Guard, police and fire agencies were said to be mainly focusing on the Village of Minamiaso due to reports of those trapped under many buildings, structures and homes.

Mount Aso was reportedly have erupted due to the second quake.  No word other than its eruption has been reported so we are assuming it is not as critical as the main City which is the home to over 730,000 residents.

While Japan was working on Search and rescue missions all over their City, Ecuador was shaken by a very large Earthquake bringing to light many more injuries and deaths occurring.

ECUADOR GETS A RUDE AWAKENING

On the evening of April 16, 2016, a 7.8M earthquake violently shook Ecuador’s coastal town of Esmeraldas province.

The depth of the quake was recorded at a shallow distance of 19.2km but residents reported it as being a violent motion of shaking.

A tsunami warning immediately followed stating that tidal waves may reach 0.3 – 1 meter above tidal wave levels on the Country’s coastline.  An alert was also issued for Hawaii  (U.S.) PSTC and for Australia’s ATWC as well. No reports of large tsunami damaging waves in either three locations listed.

A State of Emergency has been issued by the Government.  Reports of roads being badly damaged, bridges collapsing and the water supply being greatly affected.  This earthquake has been listed as one of the worst quakes since the last one in 1979.

Those working or living in buildings over 100 miles away in other Cities reported feeling them shake.  No known reports of injuries occurred have been received.  The death toll in Ecuador has reached 246 with two being from Quebec, Canada. Over 1550 have been injured.

Incident Cooperators are from Samaritans Purse, UNICEF providing water kits and tents, WorldVision, Ecuadorian Red Cross that has over 800 volunteers and staff on the ground providing health teams, hospital units, psychological support and first aid; hundreds are in SAR operations mode; 10,000 Ecuadorian military troops and 3500 Police Officers.   The Red Cross in Spain and Peru are on standby if needed to assist the Ecuadorian Red Cross along with Mercy Corps.

Expectations of additional aftershocks are normal, says the U.S.G.S.   These can occur hours, days and weeks after the main earthquake.  Aftershocks can cause additional building damage and falling debris that can seriously injure you.  Both Countries are reporting a range of aftershocks occurring sometimes mutliple times during each day and on a daily basis.

“Your big opportunity may be right where you are now.” – Napoleon Hill

The Every Day Heroes 2013 Expo also known as the Everyday Heroes Funding and Product Expo is for Police, Fire, EMS and Military Professionals will be held on June 17-21, 2013, in Las Vegas.

The purpose of this Expo is to help departments survive and even improve their services.  The event provides grantwriting services, booths and other great products out on the market.  This is just the tip of the iceberg in what will be offered at the Conference.

The Expo will be hosted at the newly rennovated Sands Hotel in Las Vegas, NV.

Check out this event by clicking on the link http://www.eventsinamerica.com/events.

Looks like a popular conference to attend with an annual attendance of 25,000!  So many things being offered, so check them out today.

[Disclaimer:  The NW Fire Blog, division of First Alarm Images did not receive any money for this event and we feel this would be a great event to attend.]