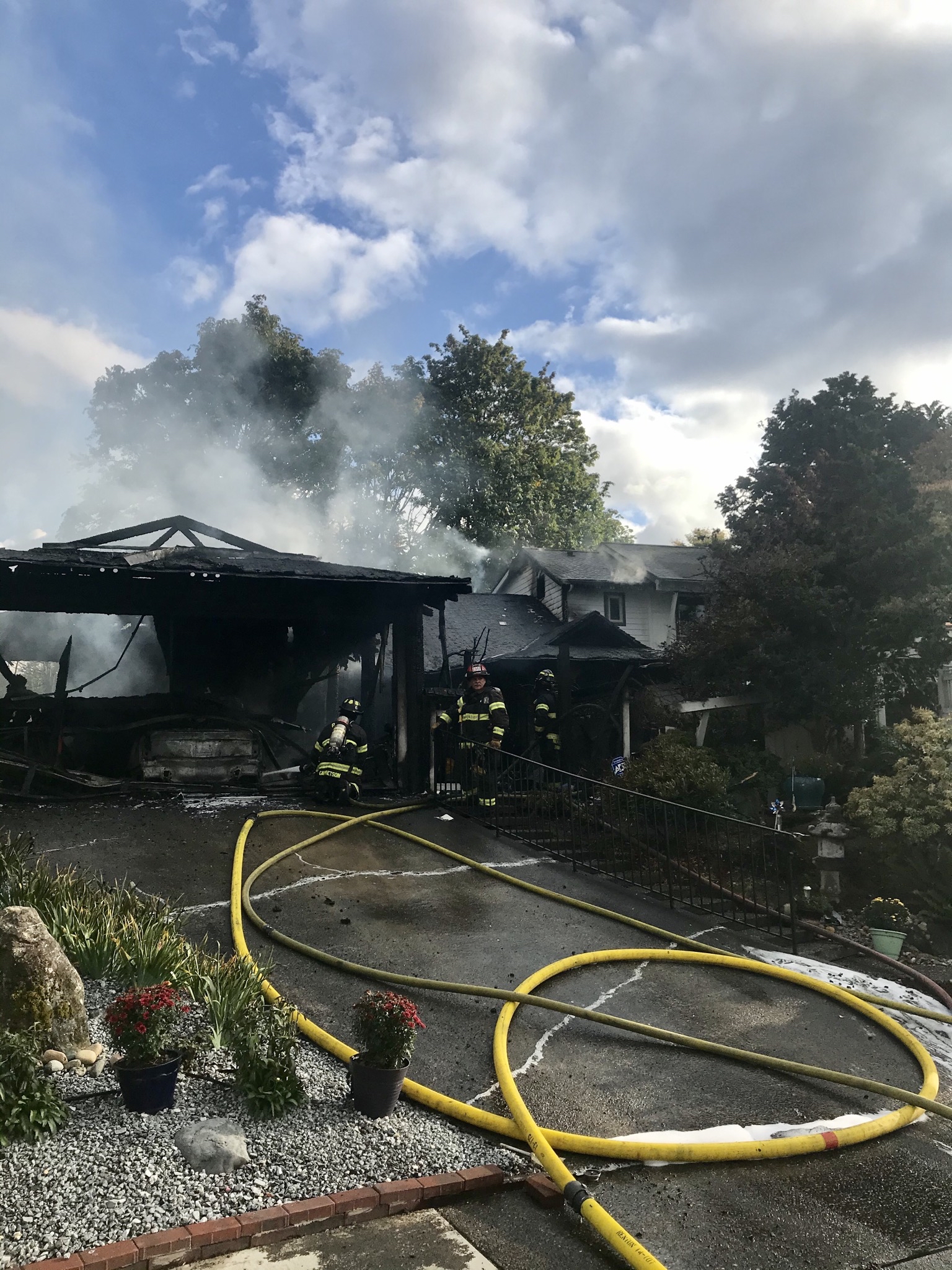 RENTON, WASH. | Firefighters are currently fighting a garage fire attached to a two-story residence in the 2000 block of SE 18th Court in the Rolling Hills neighborhood. 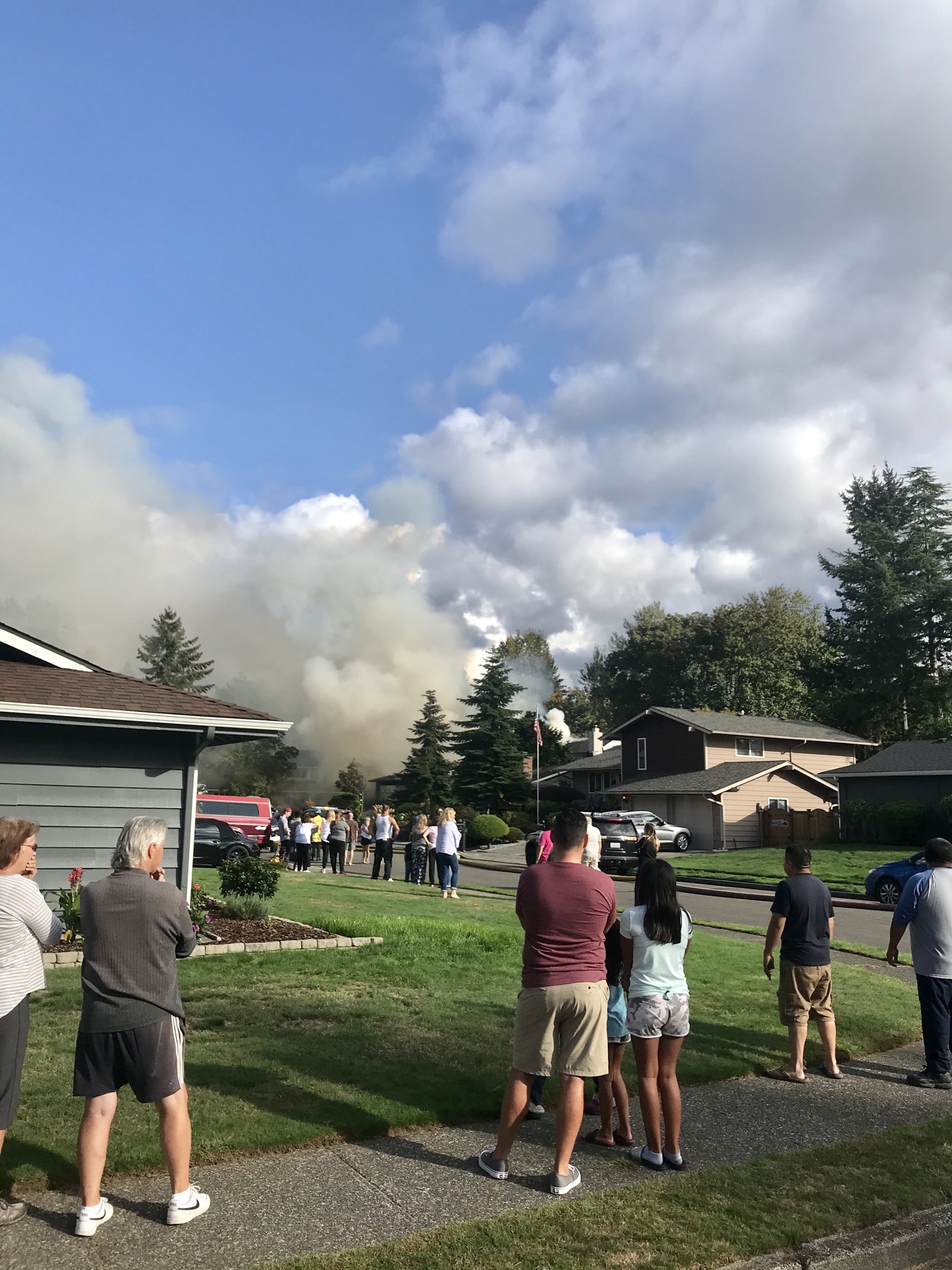 Fire can be seen from those traveling on I-405 near the SR167 interchange and across Boeing airfield.  Battalion 13 reported seeing a thermal column visible from Station 13 at which time requested Dispatch to upgrade the call to a working fire.

E313 found heavy smoke and fire in the garage and into the attic compromising the roof of the home.  A quick egress by fire crews limited extension to exposure homes and further damage to the fire structure itself.  The garage itself appeared to be completely destroyed. 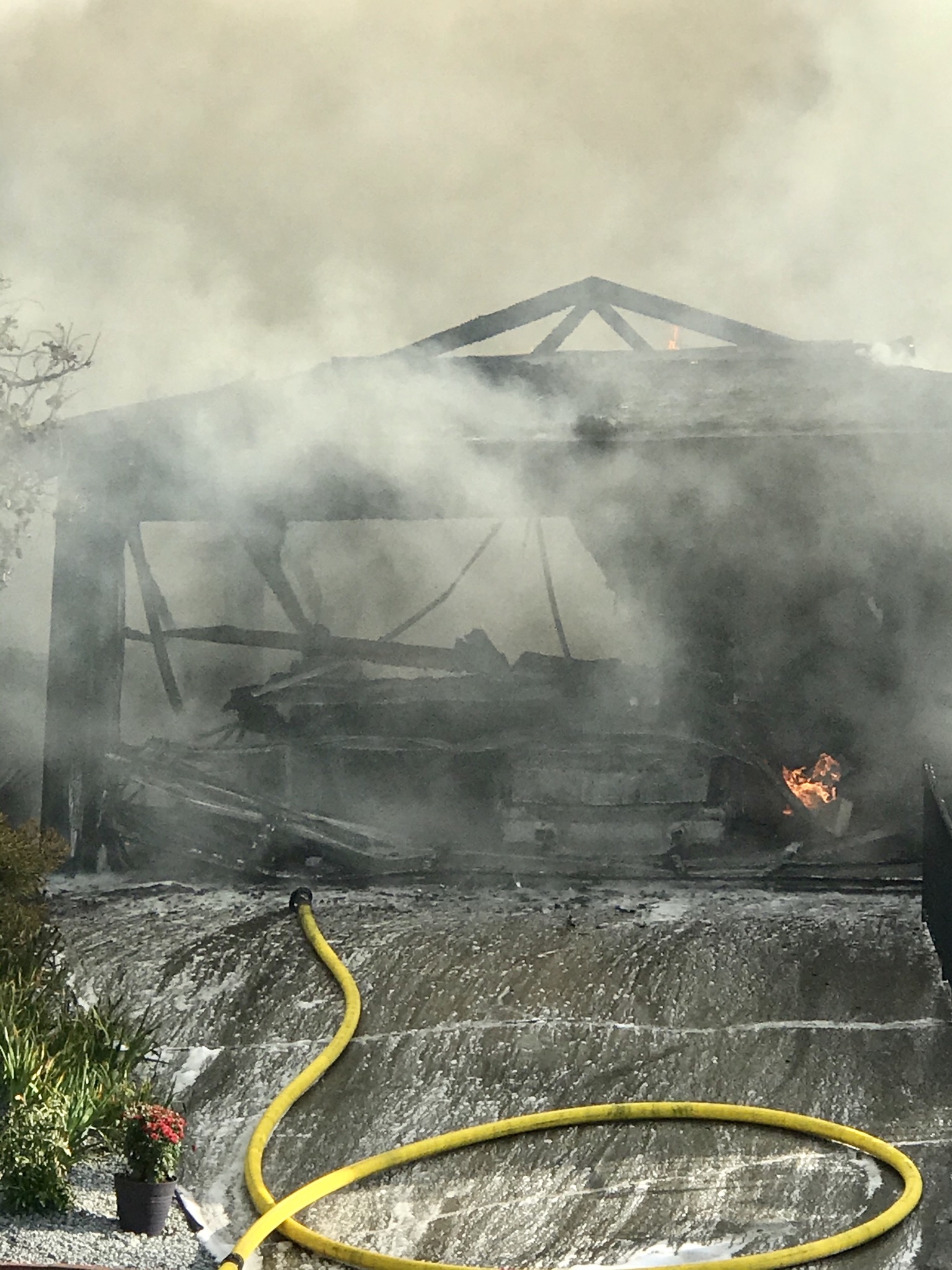 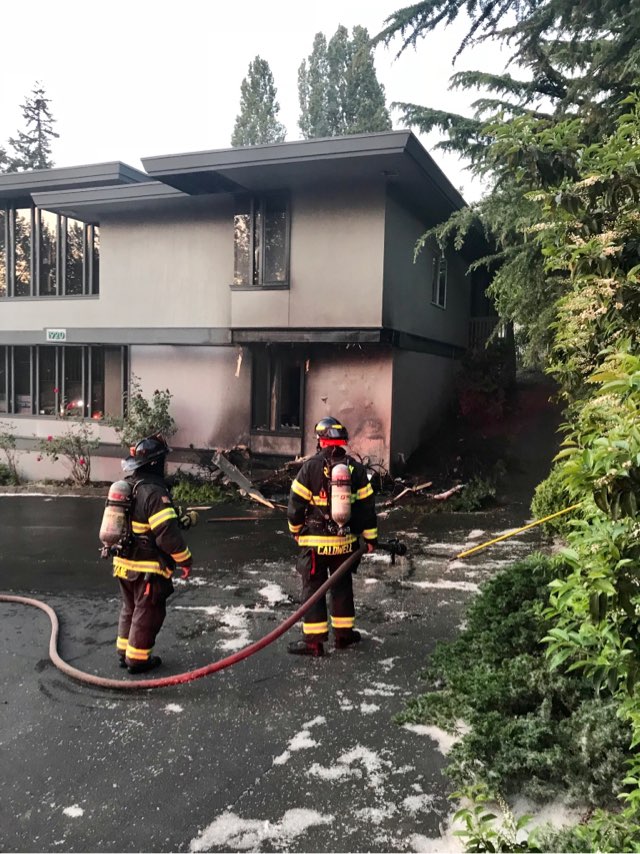 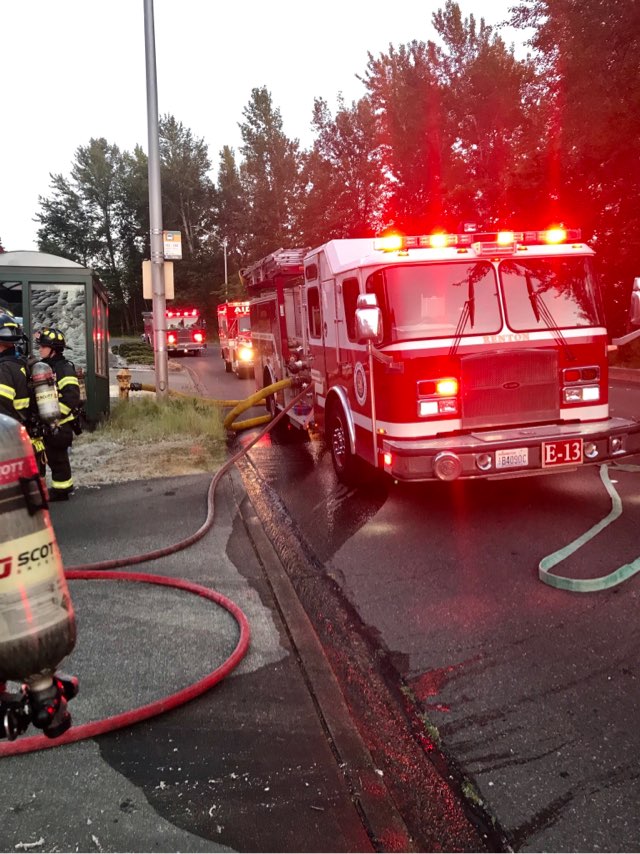 Kent, Washington |  A trio of FIU  Investigators with the Puget Sound Regional Fire Authority along with working with Law Enforcement officials were able to piece together a successful case leading to an arsonist.  The PSRFA states these were intentionally set in dumpsters and other locations but responding firefighters were able to quickly put these fires out before spreading to nearby structures.  As with any fire

An adult male has been arrested and charged on three Arson-2 charges after the FIU’s investigation led them through a string of arson fires that occurred in the downtown Kent area.  They are currently looking through additional video footage and evidence to see if they are able to tie him to other unsolved fires that have occurred in the same area.

The Kent communities can now rest easy knowing their Fire Department has nabbed one arsonist off the streets.  Remember, if you See Something, Say Something and always call 911 right away.

With all of these Fire Departments in a consortium, they bring a  high level and wide-range of skills, expertise, experience and is a great opportunity for personnel to train and learn together, as well providing mutual aid as needed.  Together as one, they bring an invaluable benefit to the communities and Public they serve.

To learn more about this great organization, you can visit them at their website at pugetsoundfire.org