Seattle Police are being faced with protesters throwing bottles and rocks at their Officers.  Those that were the culprits have been arrested and taken to jail.

Several suspects were seen with sticks in hand.  Those who had damaged patrol cars were being investigated and searched for by police to be arrested.

After protesters began dissipating around 1330 hours, traffic and bus routes were being allowed to resume as normal. Officers demobilzed from the downtown area and recalled to their respective service areas.

They are still continuing to monitor areas as needed. 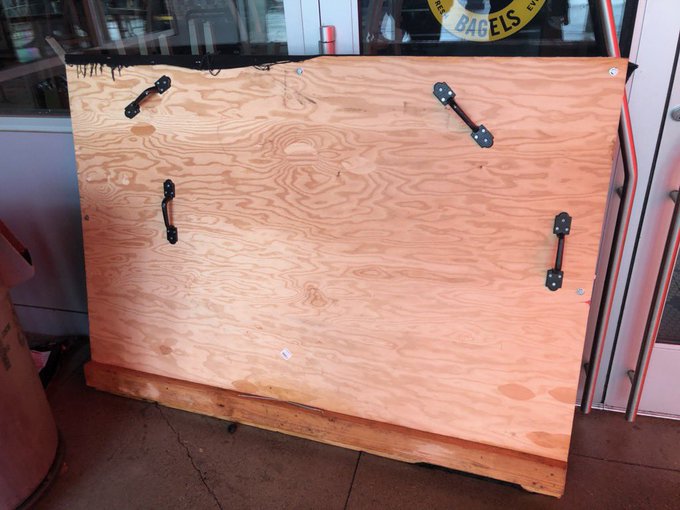 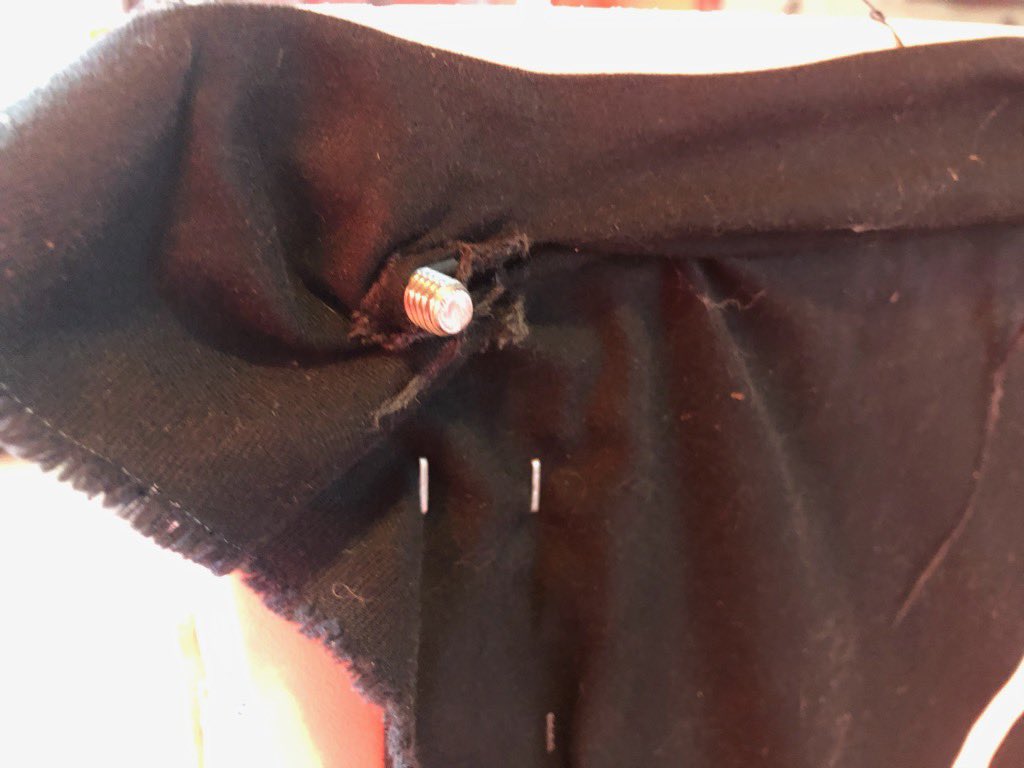 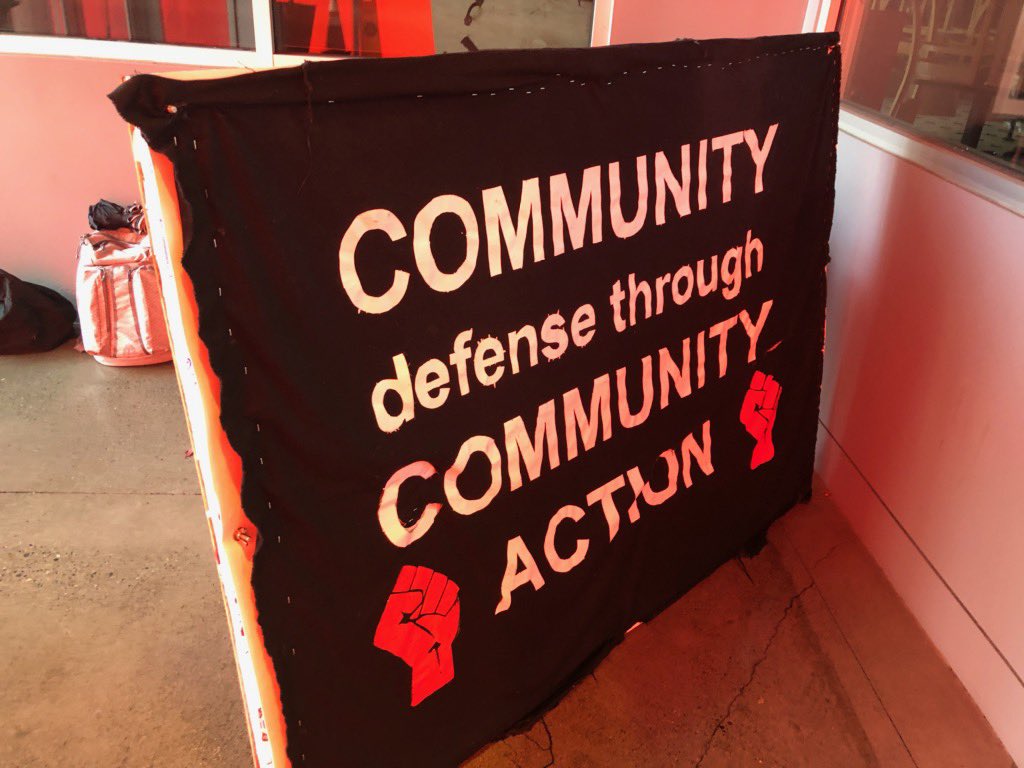 Those who were in surrounding buildings were told to shelter-in-place and not come out until it was safe.  A report of the courthouse was placed in Lockdown along with other governmental offices nearby.

One Officer was injured while a fight ensued with one of the suspects and trying to get the suspect into custody.  He was hurt by the suspect hitting him over the top of the head with a bottle.

During the foot pursuit, gunfire was heard and injured three additional Officers.  One suffered a GSW to the abdomen; the second had a hand wound injury and the third was hit in the abdomen.  Two of the three Officers were released with one being upgraded to serious.  The third Officer was shot in the face.

Suspects Off the Streets

There were a total of three suspects.  One was a 17-year old female and the other an adult male both placed in custody while the third was a 19-year old male who was found with multiple wounds.  He later died of his injuries.

The Seattle Police say this is an ongoing investigation case and there were limited additional details released, as Media continued to ask multitudes of questions during a Presser this evening.

All Around Thank Yous

The Seattle Police thanked many during their Presser this evening.  They stated they were greatly appreciative of the Officers whom responded to the robbery call and injured Officers for their courage and bravery into a hostile situation.

They also thanked the men and women from Local, State and Federal Law Enforcement agencies for checking in on their Officers.

To the Seattle Fire Department and those at Harborview Medical Center for taking great care of their Officers.  They said they could not say how much they appreciated the care and would be amiss for not saying thank you to those directly involved.

Looking through the eyes of Social Media, we found several mainstream media news outlet reporting all kinds of misinformation, even after the main source reported their updates.  Since, we are not mainstream media and mostly go directly to the source for reporting, we were kind of baffled why the information was not correct.

Here are some of the reporting from those caught in the crossfire [not really but nearby the incident scene] or sending out good thoughts to SPD Officers.   Here is what some had to say…..

“Due to police activity: All cars exiting Colman Dock in Seattle will be directed north and south onto Alaskan Way. No eastbound access UFN.” – Ferry system goes in to Lockdown

“Prayers for the police officers shot in #Seattle #Seattleshooting Our Country has gone mad!” – Twitter user

“Our thoughts and prayers are with the SPD officers and their families.” – Govt Agency

Large teams of Police Officers are currently moving in to control the crowd of people rushing out of the airport’s Terminal #5 and appear to be headed to nearby Interstate 90.

Police reporting crowds are growing larger as the Manhattan Blue Line train was arriving with approximately 50-75 people arriving at the airport.  Since, Police starting arriving on-scene, they are now delaying the train to every 20 minutes to help alleviate the large crowd pressures.

Police are blocking exit ramps to keep protesters off the I-90 ramp.  Law Enforcement officials are also ready to respond by arresting them.

We are compiling a list of Airports affected and recommend you to check your flight before departing or arriving to your intended City.

A NY Federal Judge ruled the bans are unconstitutional allowing freedom for five detainees.  Though this happened, there are still major protests happening all over the United States.

Lakewood, Washington | On Sunday, November 29, 2009, four Lakewood Police Officers were enjoying a nice cup of coffee, using their laptops and preparing for their shift to begin – when the unthinkable happened.  A lone gunman walked into the former Forza Coffee Company in  Parkland and opened fire then fled the scene. All four Officers were murdered.

A two-day manhunt took place searching for the male suspect spanning over several cities in Washington State.  The murder suspect who arrived in Seattle would later be shot and killed by a Seattle Police Officer after orders for him to stop were ignored.

The incident would come one month after Seattle Police Officer Timothy Brenton was ambushed while he and a new Officer sat in their patrol car, putting many and those who support them on edge.

The story of the Lakewood Four was plastered all over the news, papers, online and all over Social Media.  Watching in horror of something like this happening affected all of us.  A memorial quickly grew remembering the slain Officers.  To this day, 9th year anniversary – we still will not forget nor can we ever.

This is article is dedicated to their memory and all of the Fallen Officers in the History of Law Enforcement.

Please take a moment and remember these great Heroes In Blue, for their Bravery and Courage to Serve, Dedication and Service to their communities and their Legacy they left behind.

“May you all know that we are SO sorry for their lives being taken away all too soon.  GONE BUT NEVER FORGOTTEN. We will remember their Lives and everything they stood for.” –  LR Swenson

When you see a Police Officer, please let them know how much you appreciate them.  Though we know they don’t serve to be recognized but because they feel they are making an impact in this world and giving thanks to them is the least we can do in recognizing their Courage, Bravery, Dedication and Service.

#Images are from various sources, we do not lay claim to them. Our Public Safety online publication is free and no images are being used commercially.  No portion of the content in this post may be reproduced manually, electronically, copied, altered or edited without the express written permission from the Editor/Owner of this Blog.